One of Bollywood's favourite love stories, Yash Chopra's Veer-Zaara released 15 years ago, today. The movie starring Shah Rukh Khan, Preity Zinta and Rani Mukherji continues touching hearts even now and fans on Twitter have been sharing their favourite dialogues, songs and even moments from the movie to celebrate the milestone. 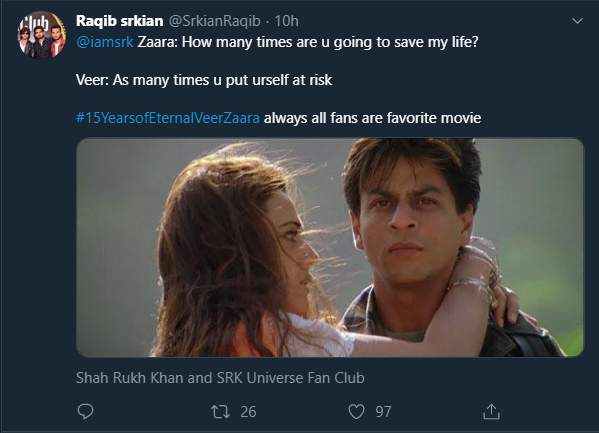 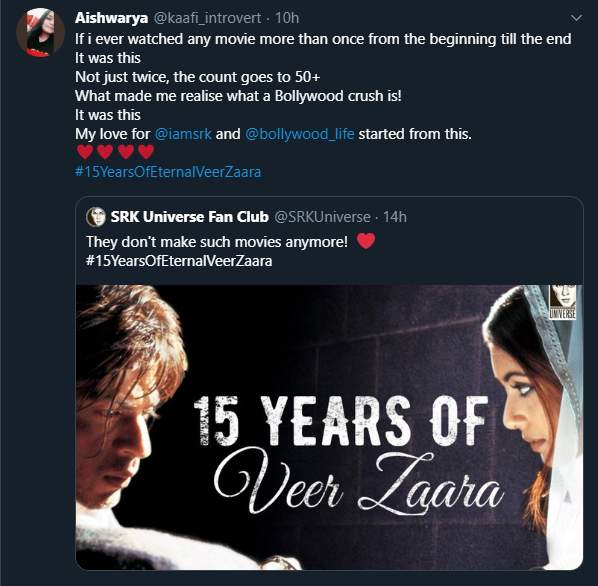 Meanwhile, Divya Dutta who played the role of Preity Zinta’s friend Shabbo revealed recently that she didn't want to be part of the film at first.

Speaking to one of the news websites, the 42-year-old actress said, “I was excited when I got the offer but when I came to know I would be playing the role of a friend, my face had fallen. Yash ji noticed my expression and explained how this isn’t a regular role of a friend, but quite unconventional. I could see the belief in his eyes. He told me that I would never regret playing this part. After the film released I understood what he meant.”

Divya went on to talk about how the movie turned out to be her big break. “People started recognising me as an actor. Even today every anniversary I get fan mails and messages. A few days back someone tagged me in an Instagram story and that got many talking about the film … Wish Yashi ji was with us today.”

Veer-Zaara released on 12 November 2004 during Diwali and earned over ₹976.4 million worldwide, becoming the highest-grossing Indian film of the year in both India and overseas territories. The film received praises for its story, dialogues, performances and the sensitive portrayal of India-Pakistan relations.