Edward Norton on the challenges of making Motherless Brooklyn:

The beating heart of Edward Norton’s meticulously crafted private-eye mystery, Motherless
Brooklyn is a highly original and poignant riff on the noir detective genre — a man driven into the  darkest shadows of 1957 New York City by a need to understand a world that has left him a misjudged outcast.

The film’s journey to the screen began in 1999 when Norton saw the cinematic potential in the book, but from the beginning, he aimed to transpose Lethem’s contemporary characters into a different period and plot, and give it a distinctive atmosphere by re-setting the drama in the 1950s — a time of great change in New York City. Excerpts from a chat with Norton about the development of Motherless Brooklyn, and why this is an incredibly personal film for him:

Describe the journey you took to bring Motherless Brooklyn to the screen.
Jonathan Lethem’s novel, Motherless Brooklyn came out in the late-1990s. I managed to get it in and read it before it actually hit the streets. I was so taken with the central character in it—Lionel Essrog
—and his affliction, a combination of Tourette Syndrome and Obsessive-Compulsive Disorder, that I reached out to secure the rights to the book, and make it into a film before it was officially even a book.
Early on, I had this notion that I wanted to do something fairly unorthodox with it. I had long been interested in what was going on in New York City in the late-’50s. The novel is a contemporary story, but I felt the characters had a very 1950’s gumshoe gestalt to them — they speak and act very much like men out of time. There’s a poet I love who says that gestation is everything — that 10 years is nothing if it’s something with real guts in it. That’s how I feel about Motherless Brooklyn. It has been a long, 20-year journey to bring it into being, but it’s been worth it.

We hear that some of the subject matter taps into your own family history…
As a matter of fact, my maternal grandfather was James Rouse, and he was a progressive developer and philanthropist, who was an early champion and philosopher of urban renewal. He’s credited with creating the shopping mall, but most amazingly, he planned and built the city of Columbia, Maryland. He took all of his ideas about community and deeply-held views that they should be a beautiful, self-sustaining places that foster economic, racial and cultural harmony, and made them brick and mortar. I grew up in Columbia, in a place that my grandfather imagined and built. He had a huge impact on my life. I studied history at Yale, and I then spent several years working in affordable housing development, including at the NY office of the Enterprise Foundation, which is the company he founded.

In this film, I take the high ideals, the compassion, the work-into-action ethos of my grandfather, and create a character that’s the polar opposite of it all. And then I cast Alec Baldwin as this sort of Dark Lord. He is the negative to the positive of everything that my grandfather worked and stood for.

What did you find especially challenging about the project?
Part of what really drew me to Lionel and the material was that I always felt, if a couple of the neurons in my brain had been wired slightly differently, I would have been this guy. I feel dangerously close to components of this character.

The thing about Tourette Syndrome that is wild and beautiful and fascinating, in a way, is that it’s not the same in anybody. It’s an extremely creative condition, in the sense that it expresses itself in very original ways in each person. Some people, they have physical twitches — in some, they are so small that you’d hardly notice. Some have verbal ticks. In looking at documentaries, talking to people, reading up on the subject, there is literally no consistency. As a writer, I absorbed how the author expressed Tourette Syndrome in his character. As an actor, I wanted to work from that and then have the freedom to be liberated in the condition so that things could just come up, off-script. There was an improvisational freedom to it. 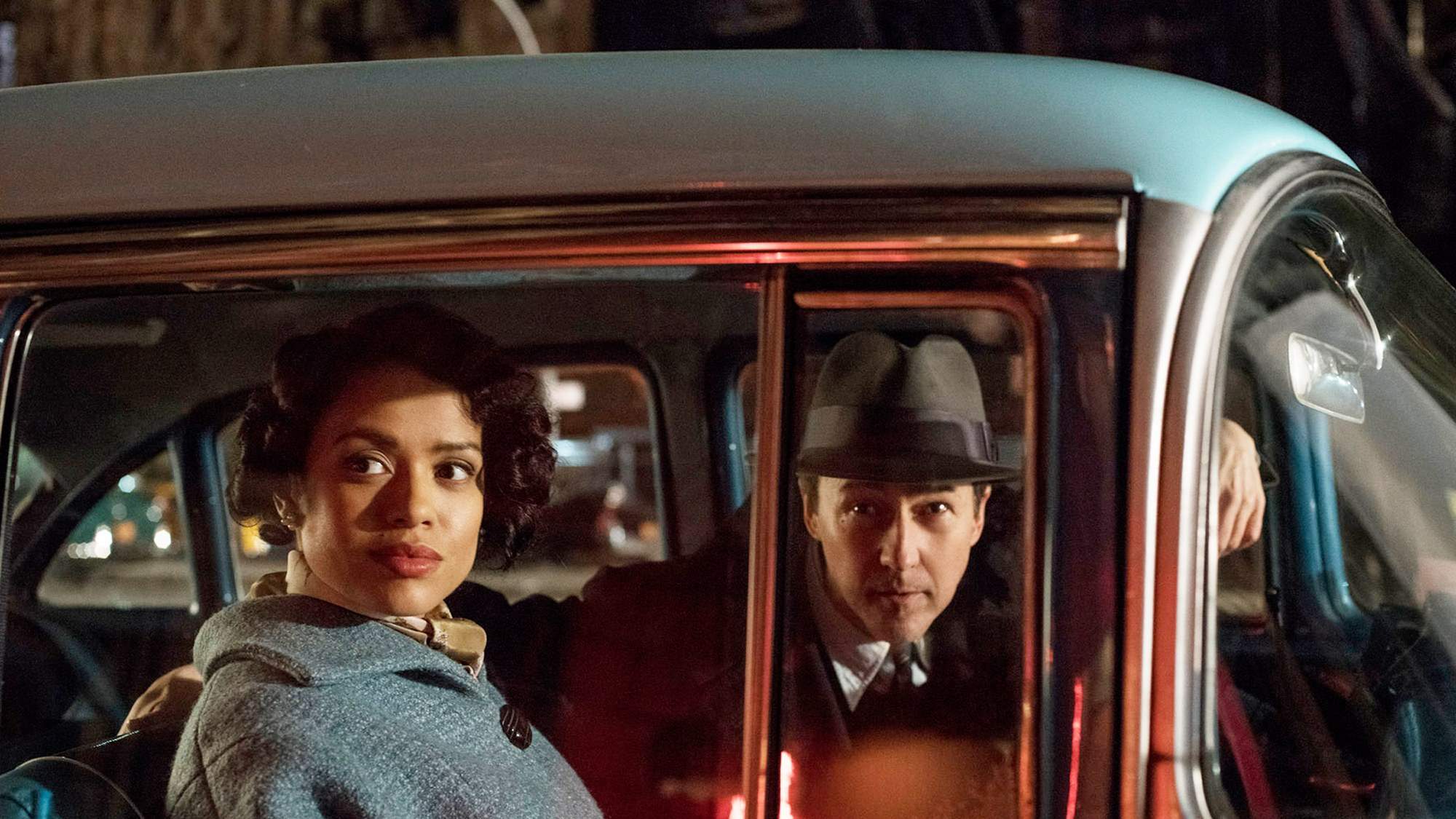 What was challenging then, was the very mutable nature of Tourette Syndrome, and to find a free-flowing truth in its effects on Lionel. This film is about an underdog, who loses his only friend in the world. Within his loneliness and isolation, he has to figure out a grand mystery, en route to finding a connection with another lonely, isolated person. It’s a detective story, a mystery thriller, with this driven character who has an amazing and compulsive brain at the centre.

Tell us about the process of directing yourself.
I would very much like to direct a movie and not be in it, the next time. (Laughs.) It’s a lot. I’ve done it before. It can be done. But, it’s not like I stepped into some transcendent level of multi-tasking. Orson Welles, Robert Redford, Sean Penn, Clint Eastwood and Warren Beatty have all done this. I think actors when they reach a certain level of maturity of self within the craft, and if they’re lucky enough to have a close relationship with audiences, they develop — more than anybody else — a clear sense of where the sweet spot is for them. In making a movie from soup to nuts, a really special project, it will have the type of quality role exactly where we most like to see that artist. Say, Clint Eastwood in Unforgiven — it’s not only a great film, it’s the distillation of everything that Clint does in a way that almost nobody does better. You can point to many examples where people just know that a certain project is hard-wired into their DNA.

Those are exciting situations, and that pushes people into the heavy lifting of doing it all. That’s definitely how I felt about Motherless Brooklyn. I’d created that fusion of things in a character that I really related to, in a story that is about my town. When talking to studio head Toby Emmerich about the project, he was incredibly encouraging — he said, “I really don’t think there’s any point to anyone else directing this. You know what you want out of this, and you should just do it.” That was very empowering to me. Ultimately, I think, the challenge is best taken on by preparation. You have to over-
prepare. You can’t really practice improvisational filmmaking when you’re wearing multiple hats.
Directing a movie is almost, by definition, antagonistic to the state of mind that you want to be in as an
actor. You want to be out of your head when you’re acting, and you have to have your head on top of everything when you’re directing. That means you’ve got to really own that character long before you ever step in to do it. That also means that if you’re going to have any hope of focusing as an actor, your preparation as a director, you have to have a game plan that moves like a machine, where your collaborators don’t need answers from you on the day as much as possible. We’ve thought it through, we’ve asked the questions — now, we show up to execute. That way, you can carve a little bit of space for yourself to be the actor.