Footballer Diego Maradona's life to be immortalised in a docu-film by Asif Kapadia of Senna, Amy fame

On July 5 1984, Diego Maradona arrived in Naples for a world-record fee. For seven years all hell broke loose. The world’s most celebrated football icon and the most passionate, but dangerous city in Europe, were a perfect match for each other.  On the pitch, Diego was a genius. Off the pitch, he was treated like a God. The charismatic Argentine loved a fight against the odds and led Napoli to their first-ever title. It was the stuff of dreams. But there was a price — Diego could do as he pleased while performing miracles on the pitch but, as time passed, darker days closed in. Capturing this iconic football star’s life is a new film, Diego Maradona, from the Academy Award and BAFTA-winning team behind Senna and Amy, producer Paul Martin and director Asif Kapadia. Here’s a look at what went into the making of the documentary, which was made from over 500 hours of unseen footage from Maradona’s personal archive.

Street to stadium
As with Senna and Amy, Kapadia has sought to reveal the humanity of a creative genius, crafting a film that will carry its subject to new audiences, intriguing not only football fans, but also those who have no interest in the game. Diego Maradona tells the story of a man who transcends the arena in which he made his name; that of a poor, uneducated kid from a shantytown whose dazzling excellence rocketed him to superstardom, bestowing upon him untold riches, worldwide fame and a God-like status. And yet, he lacked the tools with which to cope with such fame.

Each triumph in his life is seemingly chased down by disaster — though he usually wins through in the end because, as Kapadia notes, “He is so streetwise and street-smart. No matter how many times he falls, he gets back up and carries on. How could anyone come from his background, go through everything that he went through in his life, and not be affected by it?” he asks. Though Diego suffers a string of defeats, he always battles back. “He is a true fighter,” says Kapadia, “and his is a story I was desperate to tell.” 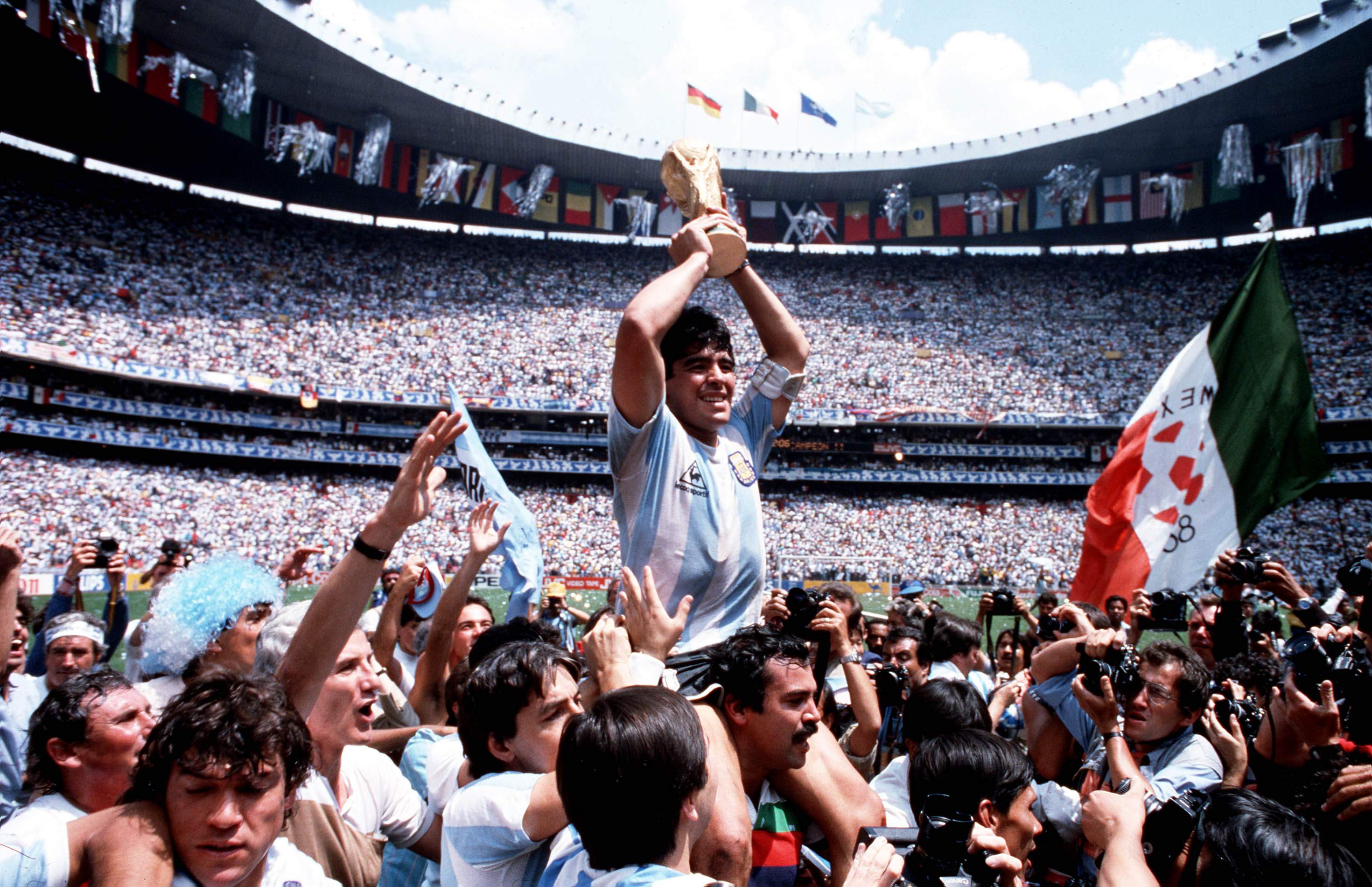 Finding Diego
Kapadia was first approached to make a Maradona movie by producer Paul Martin during the London Olympics in 2012, not long after the release of Senna. Martin had uncovered a collection of remarkably candid footage, almost entirely unseen by audiences, and believed that Kapadia would be the ideal candidate to helm a feature documentary, with this footage at its core. Martin recalls first hearing about what he describes as this “near-mythical” footage while working as a football journalist prior to becoming a film-maker. The footage had been shot by two cameramen, Argentine Juan Laburu and Italian Luigi ‘Gino’ Martucci, at the behest of the late Jorge Cyterszpiler, Maradona’s lifelong friend, who had operated as his first agent.

Among Cyterszpiler’s many ventures in the early 1980s was the hiring of two cameramen to document Maradona’s life. “They began filming on U-matic,” says Kapadia, “an old video format that was popular in the ’80s, and they shot hundreds of hours of footage from 1981/’82 right on up to his career in Naples in about 1986, ’87.” Diego eventually dispensed with Cyterszpiler as his agent and hired Guillermo Coppola. The filming stopped. “But there was so much wonderful footage,” continues producer Paul Martin. “Cyterszpiler always had the idea of creating a great film. Juan had begun
filming with Diego in Buenos Aires, then in Barcelona, and then he came over to Naples before Gino took over.”

The big reveal
Having secured the footage of Diego, shot by Laburu and Martucci, the filmmakers turned their attention to securing the input of those to whom the footballer had been close — especially Cristiana Sinagra and Claudia Villafañe, the latter possessing her own archive of invaluable footage. “We had heard that Claudia had a trunk full of tapes,” says Kapadia, “and no one had ever had access to them. So we had to build a relationship with Claudia to see what she had, which was especially difficult at the time, as she and Diego were no longer together.”

“We had to bring huge U-matic machines over from the UK, as we didn’t know if any existed in Buenos Aires, in order to see what was actually on these tapes, which hadn’t been viewed in 30 years. As well as speaking with Claudia, we also interviewed Diego’s daughters,” adds Kapadia. 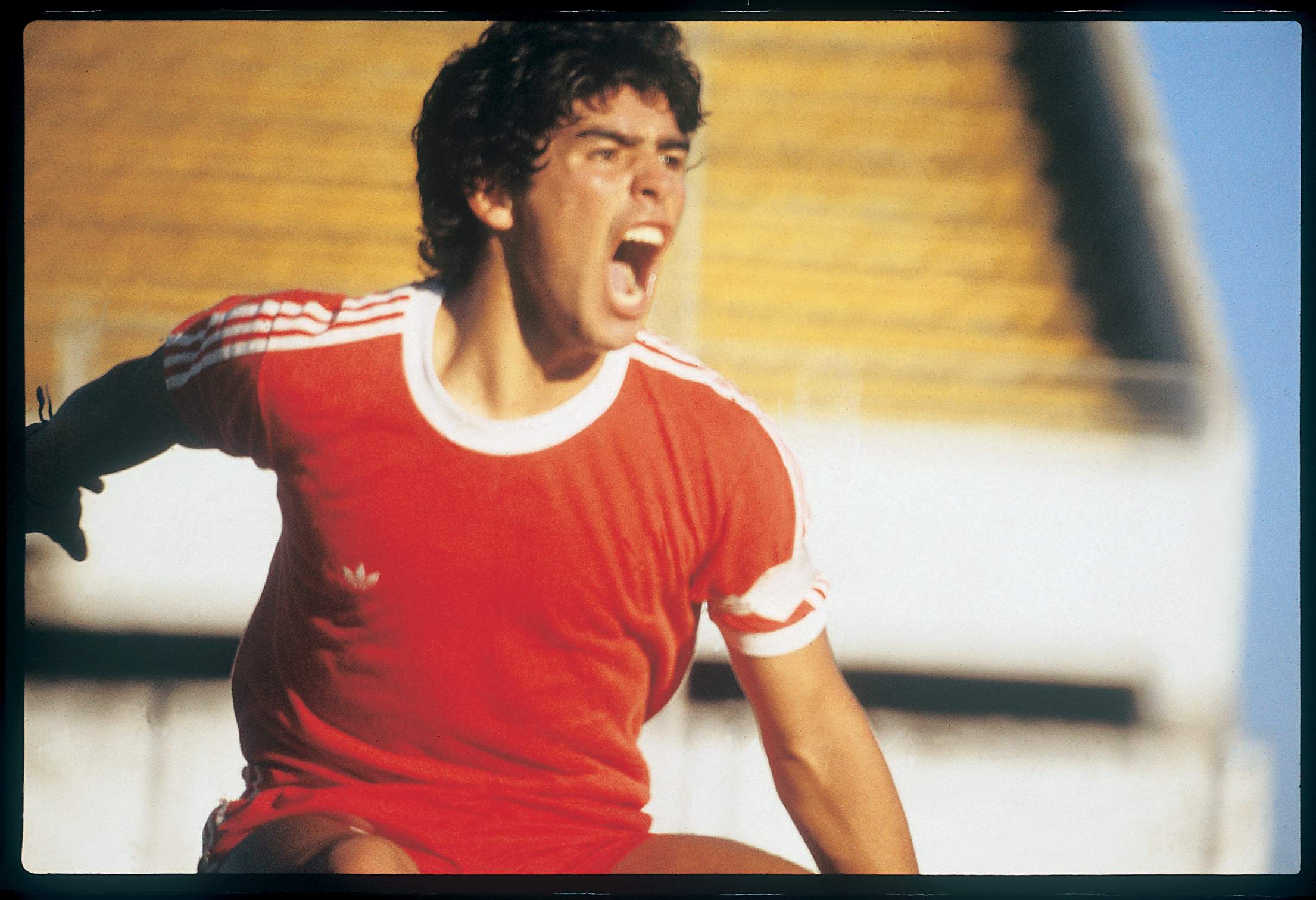 A game of deceit
When learning to understand the underlying complexity that defines their subject, the filmmakers took much from Diego’s former fitness coach, Fernando Signorini, who in the film points out that there are almost two different people wrapped up in one man: the pleasant, fun-loving Diego and the embattled, ever-striving, ever-fighting Maradona. “Signorini explains why there are these two different characters wrapped up in this man,” says Kapadia. “He is caught in a cycle of repetition: glory, death and resurrection. As soon as you think he’s down and out, he’ll come back and surprise you. He needs both sides of his personality to survive and to be successful. At the beginning of the film, he says that football is a game of deceit. That’s how Diego lived and played, on and off the pitch.”