It’s official! Shooting has wrapped on the upcoming 25th James Bond film, No Time to Die. The 007 social media accounts made the announcement and posted an on-set picture of star Daniel Craig alongside director Cary Fukunaga. Following the announcement, a UK-based website shared the first look of Bond from the movie. 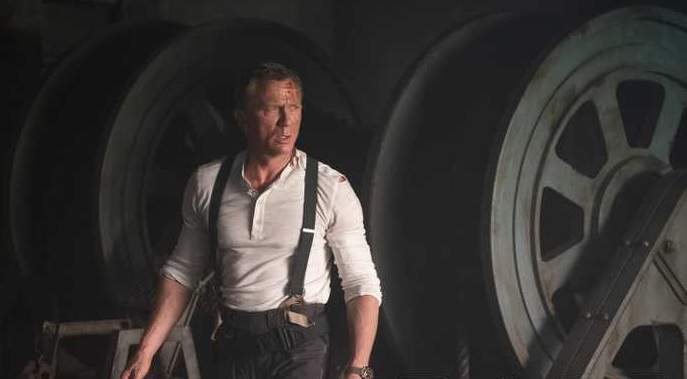 The image sees Bond more dressed-down than we often find him – no suit, no bow tie, just a scuffed-up (formerly) white top, a natty pair of braces, and a harness to holster his iconic Walther PPK. And with a bloody forehead and a ripped shoulder seam.

The movie which was originally scheduled to release in October 2019 was pushed to April 2020 after a series of mishaps. First, the original director Danny Boyle left the project in 2018, citing creative differences and Fukunaga was roped in as the new director. Daniel Craig, who famously does much of his own stunt work, sustained an ankle injury on-set that required surgery, further delaying the production. Another accident found part of the set exploding, injuring a crew member.

The film, which has long been rumoured to be Craig’s final outing as Bond, will star regulars Jeffrey Wright, Naomie Harris, Ben Whishaw, and Ralph Fiennes. Christoph Waltz will return as the nefarious Ernst Stavro Blofeld, while Bohemian Rhapsody’s Rami Malek is joining the cast as a still-unnamed villain.