"It’s a very intense role and is completely out of my comfort zone," Ananya Panday on her upcoming film Khaali Peeli

Among the star kids who have made their foray into Bollywood recently, Ananya Panday is one of the most popular. Her debut in Student of the Year 2 and her recent release, Pati Patni Aur Woh, garnered appreciation.

Although in both her previous films Ananya starred along with other actresses in the lead roles, she managed to impress fans with her screen presence and performances. Talking about the roller-coaster ride in Bollywood so far, she says, “My journey has just begun and there’s so much to do. My dad (Chunky Panday) always tells me the audience’s love is important. The fact that people have accepted me, and are expecting to see more of my films, is a huge compliment and I don’t want to let them down,” she says.

Keeping busy
Ananya is currently shooting for Khaali Peeli (opposite Ishaan Khatter), that is likely to release in June this year. Ever since Ishaan shared the first look of the film in August last year, there has been a buzz around it. Revealing more about her character, the actress divulges, “It’s a very intense role and is completely out of my comfort zone. This is the first time I am playing a girl who is not like me in real life. This is the most liberating aspect about being an actor. You can do something unusual and get away with it. I can’t do half the things in real life that Pooja, my character, does and this is the fun part of it.” 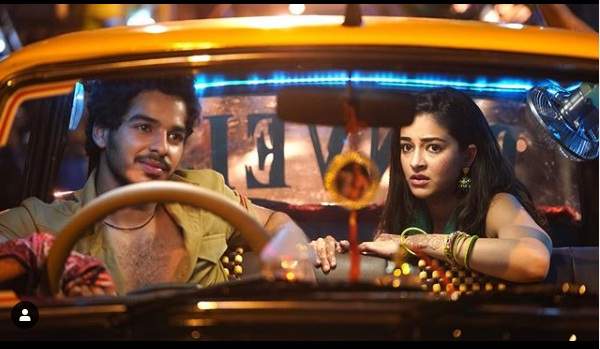 Talking about her experience working on the film, she says, “It’s quite challenging and exhausting to shoot at night. Coffee has become my best friend and it seems like my relationship with caffeine will last long. But honestly, I am super excited about Khaali Peeli, it’s like my baby. Ishaan and I are in love with our characters and the story. We are waiting for it to be completed and released,” she says.

Controversy’s child
Not just her movies, even her statements, some of which were just innocuous remarks, have put Ananya in the spotlight. Whether it was the caption of her Instagram post in which she called her father ‘Tony Stark’ or her statement on The Newcomers Roundtable 2019 with Rajeev Masand in which she said, ‘My dad has never been in a Dharma film, he never went on Koffee With Karan. Everyone has their own struggle,’ Ananya has been a favourite with online trolls. 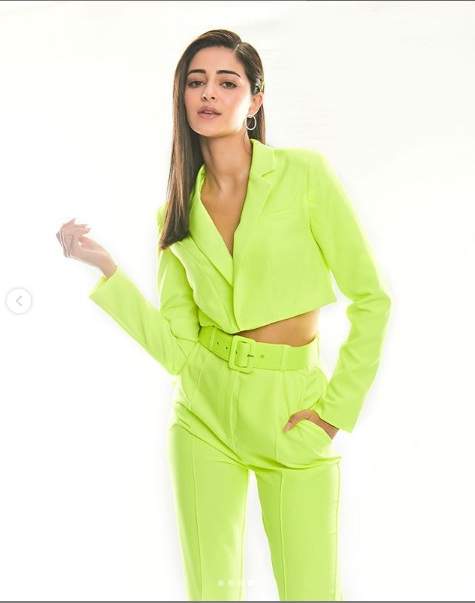 The young actress is aware of these pros and cons of being a celebrity. Especially because she has had to deal with ‘nepotism’ allegations every now and then. In fact, Siddhant Chaturvedi’s comeback on The Newcomers Roundtable too had many trolling her online. But Ananya says she handles such opinions in her own way. “I have always said this, my dad has been through such criticism a lot and he always takes it well. I think I too have embraced the trolls and criticism. The fact that those people are taking out time from their life to write a comment on my page — this makes me feel a little better about myself. I like to believe I have thick skin but that doesn’t mean I am not human. I feel bad sometimes but I detach from such things and spend time with my family and friends.” However, no matter what she says, or what she does, Ananya is a favourite among young Indians. The packed auditorium for her session at the Under 25 Summit in Bengaluru was proof.

Going ahead
Ananya has started work on Shakun Batra’s untitled film, along with Deepika Padukone and Siddhant Chaturvedi. Sharing more about the new project, she says, “Shakun is obsessed with preparation and readings. It’s a very enriching experience to work with him. We haven’t started shooting yet and I am looking forward to learning from him.” When prodded on how her working relationship is with Siddhant now, she concludes saying, “He is my buddy. There’s really no bad blood between us.”