Sanjay Dutt's 'Adheera' look from KGF Chapter 2 to be revealed on his birthday?

On Sanjay Dutt's birthday on June 29, his look from KGF Chapter 2 will be unveiled by the makers. The actor plays Adheera in the second installment of this epic Kannada film.

In Chapter 2, audience will get to see the face-off between Rocky and Adheera. 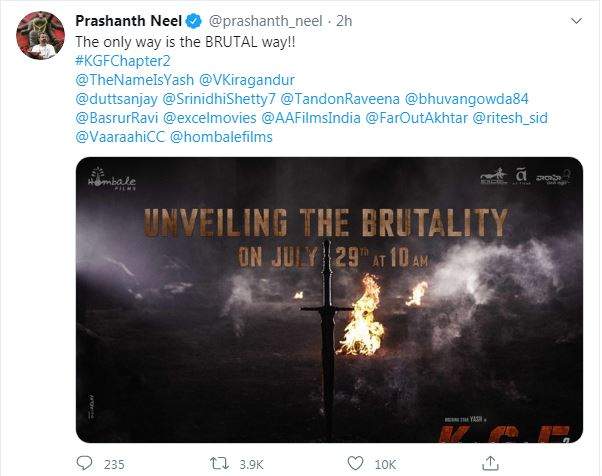 The KGF film franchise is one of Sandalwood's biggest productions. Chapter 1 was dubbed in Hindi, Telugu, Tamil and Malayalam. KGF is set during the 1980s India. It follows an orphan boy who wants to become wealthy and powerful. The film also captures the Kolar gold mines on-screen like never before. Chapter 1's cinematography and the scale of production received immense appreciation from the audience.

As the first film was successful, director Prashanth Neel was able to rope in Sanjay Dutt, but he hadn't revealed that the actor would be playing the role of Adheera in Chapter 2. Actress Raveena Tandon will return to the silver screen with KGF Chapter 2.