Whether there is a new release or not, Thalapathy Vijay continues to trend on social media, particularly on Twitter.

One of the top trends on the micro-blogging site is #Bigil, the 2019 action-sport film starring Vijay. The movie that was dubbed in Kannada and went on air on May 7 is among the top films to be watched on television during the lockdown. Bigil premiered on Udaya TV and has garnered 45,65,000 impressions on the channel, making it one of the most-watched films in Karnataka. 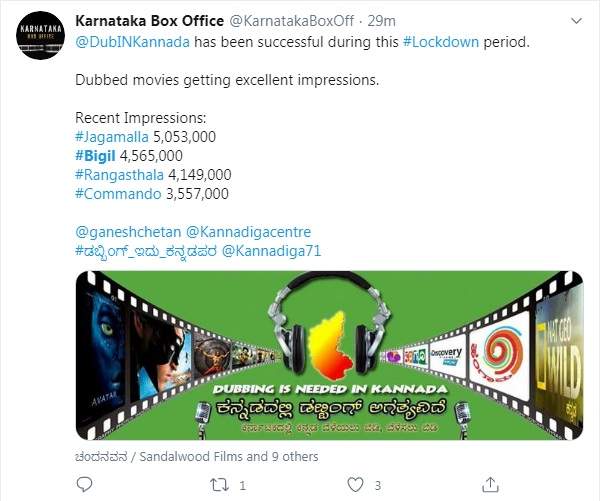 The weekly TRP numbers released by Udaya TV show that Bigil is the top film on their channel to be watched in Karnataka.

Not just for his films, Vijay's throwback picture is also breaking the Internet. Posted by one of his best friends actor Sanjeev, the picture shows Vijay and his friends posing in Mexican outfits.

Sanjeev who has been constantly updating Thalapathy's fans about the latter's upcoming film, Master, posted this image on Instagram with the caption, "TB! During 2014 abroad Trip with gang (sic)."

The picture is viral on the Internet and Vijay's fans seem totally impressed with the actor's different avatar.