Actor and choreographer Shantanu Maheswari who debuted with the show Dil Dosti Dance on Channel V, and is a popular face on Indian television is grabbing eyeballs on the Internet with a short film dedicated to mothers.

Titled Special Day, the film that released on YouTube on Mother's Day has garnered over a million views. It features Shantanu and actress Sheeba Chaddha plays his mother. The narrative follows Ved Mehra who is excited about his birthday and has made plans with his friends. Meanwhile, his mother, Malti who is privy to her son's plans is also excited and is planning to surprise him.

Talking about the film, Shantanu says, "It's a simple story, told beautifully. It highlights how we are so caught up in our day-to-day lives, and we forget the most important people in our lives - our parents. We take them for granted not realizing that it’s their special day too. With our birth, a new relationship is born in their life as well. That is something I related to. I have learned that while we are busy chasing everything else in life, it's important to remember and love the ones who are responsible for our very being."

Sheeba who was last seen in films Gully Boy and Jabariya Jodi, is an ace when it comes to playing a mother's role. Shantanu admits she was one of the reasons for him to agree to this project. "The fact that I was getting a chance to work with her was one of the reasons that made me say yes to the project. She is a thorough professional, extremely caring, and an understanding person. Though she is such a senior actor, she is humble. I was able to perform the way I wanted to without any pressure," says the actor.

Produced by Pocket Films, the film has been nominated at various festival competitions, and it also received an Honorable Jury Mention at the 10th Dada Saheb Phalke Film Festival 2020. 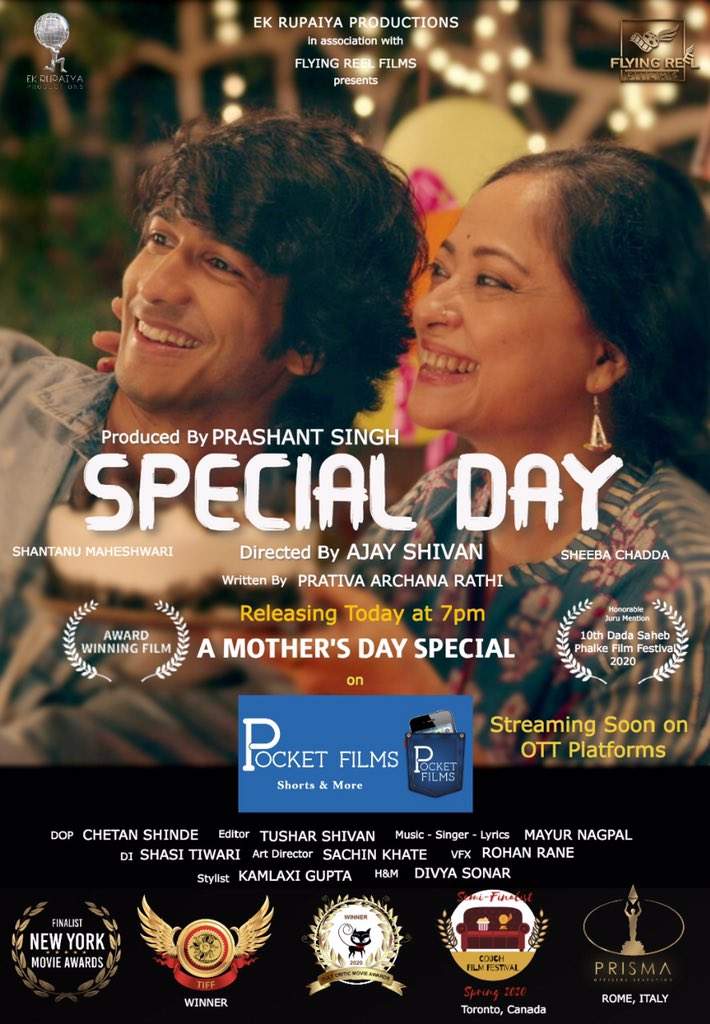