The romantic comedy Suraj Pe Mangal Bhaari (SPMB), starring Manoj Bajpayee, Diljit Dosanjh and Fatima Sana Shaikh, is all set to release on November 13 this year. Directed by Abhishek Sharma who is known for his debut film Tere Bin Laden (2010), SPMB is a family entertainer. 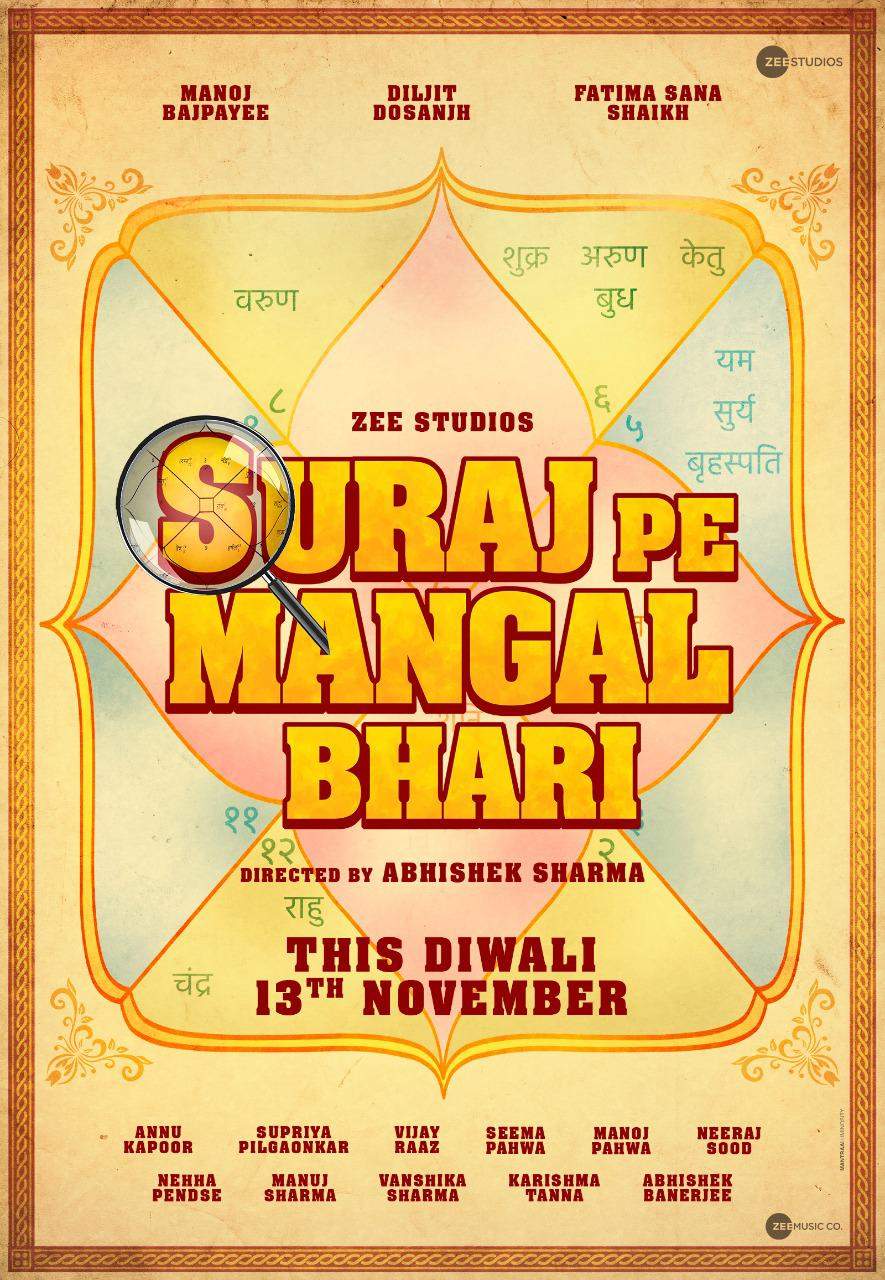 Zee Studios is backing this film that also features renowned actors such as Annu Kapoor, Manoj Pahwa, Seema Pahwa, Supriya Pilgaonkar, Vijay Raaz and others. In an earlier interview to Indulge, Abhishek had spoken about the film and said, "It's a family comedy set in the '90s, which I call the era of innocence. There was no social media and smartphones." An unlikely comedy about a wedding detective on the hunt, soon turns into a hilarious chase game between Manoj and Diljit. The film is a slice of life story from the '90s era. The makers are thrilled that the film is releasing on Diwali and will give viewers the much needed respite from the drudgery and strain of the pandemic.

As a filmmaker, Abhishek has always picked subjects that are inspired by life or real incidents, but he hasn’t boxed himself into a genre. “When I started my career, I thought I will make movies on stories that are written only by me and that I will direct only comedies. With time, I realised that if there is a story I like, I should go ahead and make it irrespective of the genre or who has written it,” Abhishek had said in an earlier interview. Suraj Pe Mangal Bhari comes under the comedy genre.