The apocalypse movies never mentioned all the sitting around. The New Yorker cartoonist Brooke Bourgeois' illustration of this quote — featuring two people crashed on a couch, doing nothing —depicts most of our lockdown life quite accurately. Chennai-based ad film-maker Vijay Menon got inspired by the artwork that was published earlier in July and wanted to make something bigger out of the same concept. Titled Intezaar, the short film, that's a little over four-minutes-long shows the boring routine one goes through when stuck at home. "20 or 30 years from now, people might make a movie about this pandemic, showing scientists struggling to find a vaccine and all, but nobody will talk about all of us who had to sit at home," quips Vijay as he begins to tell us about his latest production that was completed in just two days.

"The pandemic has got all of us locked up inside. From the beginning itself, I wanted to do something around this idea but couldn't put my finger on anything. That's when I saw this cartoon. It wasn't talking about the pandemic as such and that's what got me interested. I was like, it's amazing how it's such a serious thing but also funny when you think about it. The world is coming crashing down, but nobody speaks about this boring thing that we have to do, that is sitting around," says Vijay who's father, P Venu was also a filmmaker with over 25 movies to his credit. 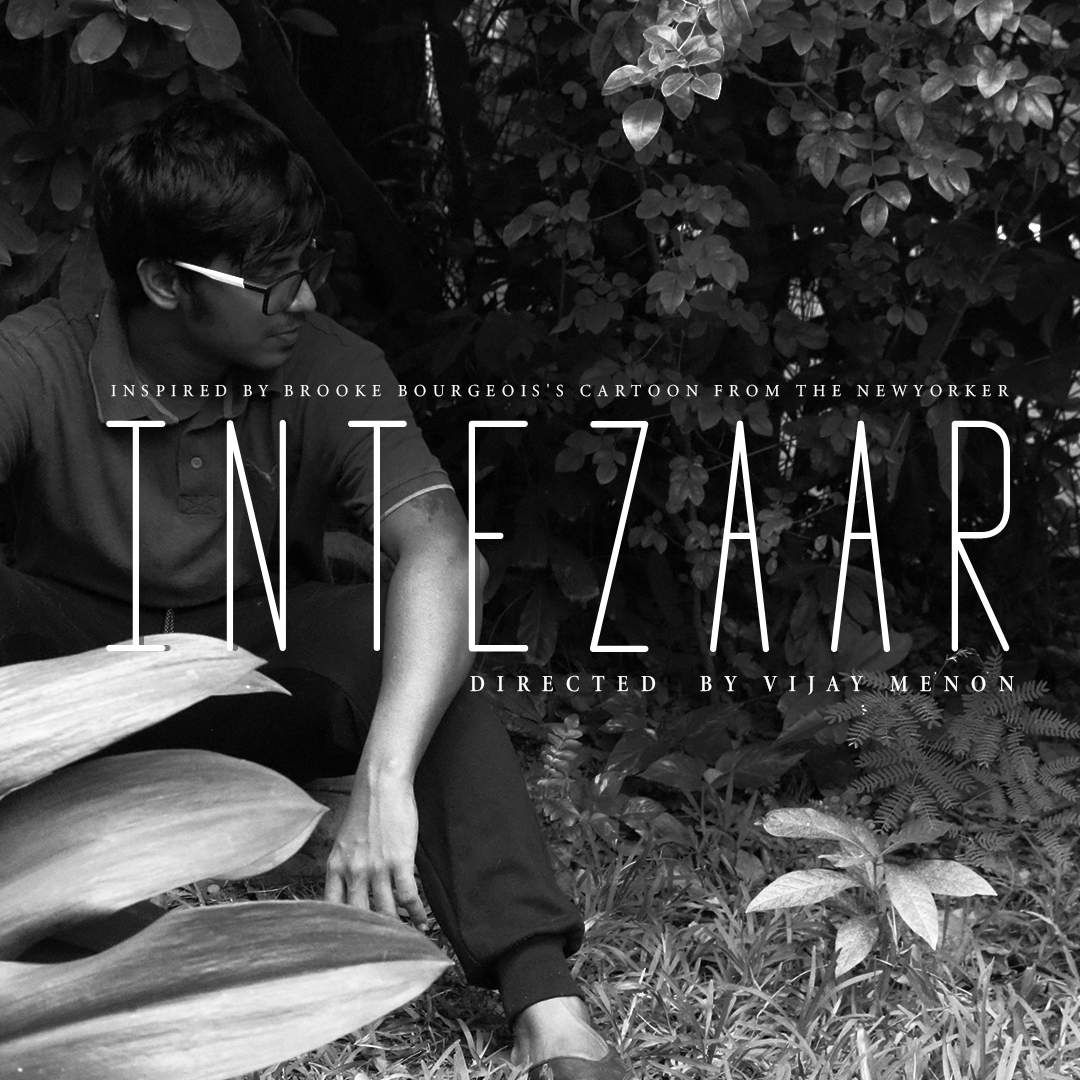 Throughout the film, you will find one man (Sumvith Chodavaram) relentlessly going about his routine—day after day—without an end anywhere in sight. But nowhere in it, there is a mention of COVID or any references of it such as masks or sanitizers and Vijay says it was a conscious decision to avoid those.

"So many people have put out videos and films around this pandemic using all these references. I got tired of it after a point. I'm living it, so I don’t want to be reminded of it over and over again. From the beginning itself, we decided to keep the film time-neutral. 30 years from now, if another pandemic happens, the film will still be relevant. That was the idea, it should stay as relevant as the cartoon - forever," he says, adding that the film was shot in black and white to show the dull and monotonous nature of this life that's devoid of any vibrancy.

Shot by Smrithi Amarendran and edited by Darshan Karunamurthy, the movie effectively uses a track by Rao Hamza Hayat. "I wanted the music to play a very key role because there are no dialogues. I wanted something that would elevate the film's narrative and it had to make me feel what the story was trying to tell. When I was looking up for composers, I came across Rao and his work. When I reached out to him told him about the film and he instantly said yes."

A few days after the YouTube premiere, Brooke herself reacted to the adaptation of her work. "That is the validation we need. I had shared it with her, she messaged me saying it's an amazing work and that she’s happy her work has inspired me to do this. She even shared the film on her wall. That felt good," shares Vijay who is presently working on a few movie scripts.