US-based director Naveen Chathapuram who runs his own film and television production company – Immortal Thoughts in Chicago and has been a part of many prestigious projects including Brown Nation, a sitcom released worldwide on Netflix, the animated film Night of the Living Dead; and Haunted is set to make his directorial debut with The Last Victim. A neo-western thriller, it stars Ron Perlman (Hellboy, Sons of Anarchy), Ali Larter (Resident Evil, Final Destination), and Ralph Ineson (The Witch, Chernobyl). The filmmaker gives an insight into his debut film. Excerpts:

What led to the making of The Last Victim?

The Last Victim was proposed to me by Dr. Neal "Doc" Justin, an anthropologist, who happens to be a good friend. I loved the setting, a small southwestern town in the USA – it had a good premise and great characters. Although we completed the script in a couple of months and prepped for production in 2002, Mount Lemon (our primary location) burnt down in a forest fire, and we had to shelve the project.

About 16 years later, after almost two decades of being in the business, I wanted to pivot from producing to directing. I had tons of projects I wanted to do, but I wanted to do something that I knew I could pull off as my first film; simultaneously, a project that would be challenging. The Last Victim called out from the dusty shelves where it had been left untouched for almost a decade and a half.

I contacted Ashley James Louis, an up-and-coming writer, and shared the screenplay. He read it and responded to me excitedly. I was encouraged to hear his take on it, which aligned with my vision. In a few months, we had the first draft. It had the original intentions --– but presented in a fresh, modern way while paying homage to Hollywood Westerns of the 60s and 70s, and noir thrillers of the 70s and 80s. 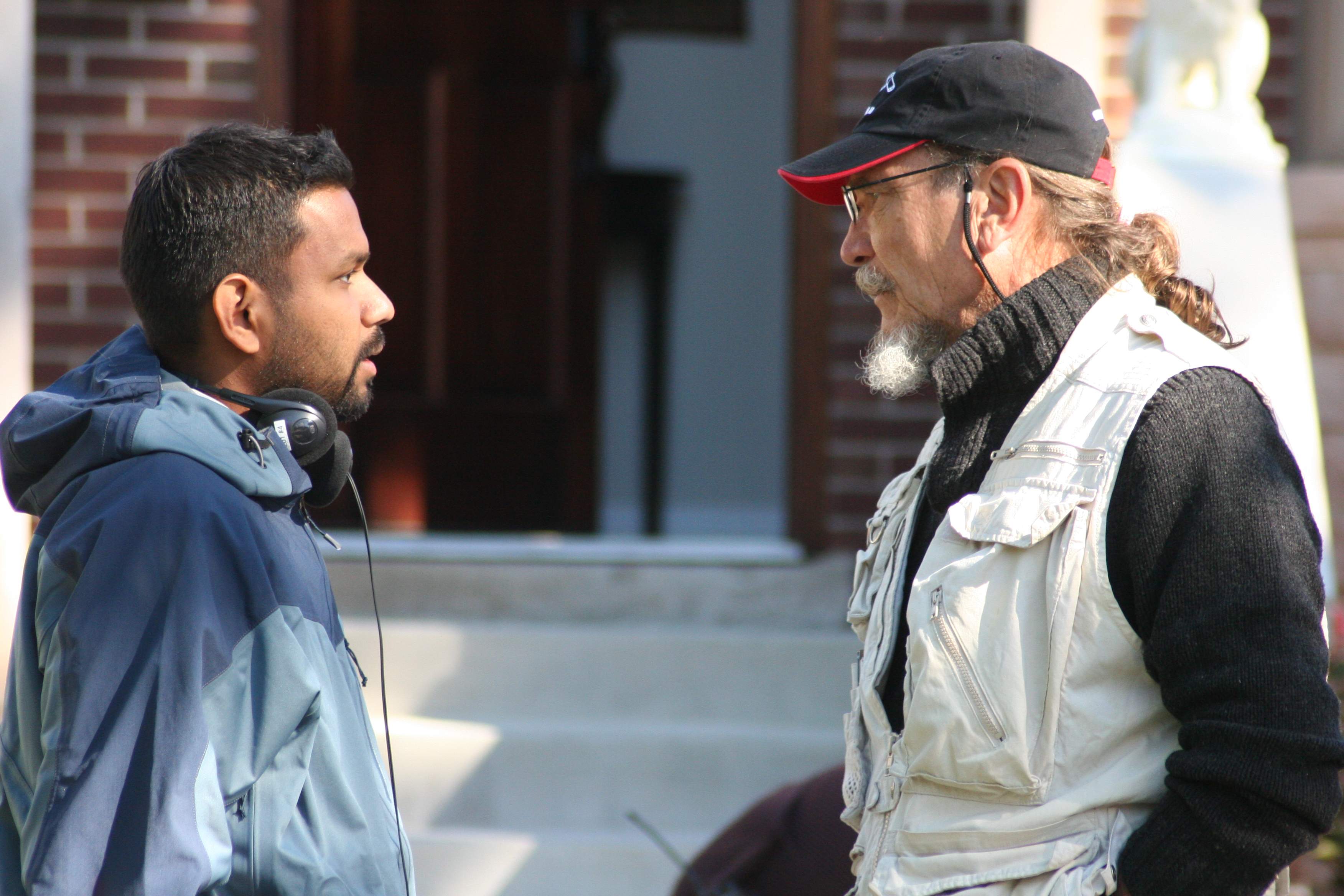 Why did you choose a thriller for your debut?

It's a thriller treated in a neo-western, neo-noir style laced with wry humour. Growing up in the 90s, the thrillers and westerns significantly influenced me, among other genres. There is something timeless about these films. Post the 2009 recession, due to the shift in the Theatrical and DVD landscape in Hollywood, Studios stopped producing these mid-budget films. The prospect of sinking my teeth into a project that pays homage to the movies I grew up with excited me.

How did your previous experience help shape the film?

As a producer, I had the liberty to work with a diverse set of directors and crew members, experienced and first-timers alike. I was able to learn a lot from observing them and their approach to the process. Having a deep understanding of how to wade through the nuances of financing, physical production, and post-production helped provide perspective and prepared me for the plunge. The producer in me helped the director in me craft the vision and kept me grounded during the entire process. I can't say enough about the network of great people who I had connected with over the years, whether it be my producers, financiers, team members, mentors, collaborators that supported me through the entire process.

Take us through the plot of the film in brief, and how was it working with the actors?

The film examines what happens when isolation, disillusionment, and desperation breed violence on the outskirts of society. The film follows a group of modern-day outlaws dealing with the fallout of a crime gone wrong in the harsh landscape of the American Southwest. Led by a terrifying and determined criminal, the outlaws are soon pursued by an ageing local sheriff trying to solve the worst case he has seen in his small town. When a married couple crosses paths with this gang, they are drawn into a chain of vengeance where morality becomes ambiguous, and survival is the only priority.

It was an incredible experience to work with legendary actors like Ron Perlman (Hell Boy, Sons of Anarchy), Ali Larter (Final Destination, Resident Evil), and the cult-favourite Ralph Ineson (The Witch, Chernobyl). Each one of them had a unique style and approach to the craft. I know I’ve grown as a director because of it. It was also a pleasure to work with an amazing ensemble of talented actors including Kyle Schmid (Big Sky), Dakota Daulby (Black Fly), Tahmoh Penikket (Battle Star Gallatica) and Camile Marie Legg (Riverdale).

On which platform will the film drop. Will it be available for the Indian audience?

The film is currently in the final stages of post-production. Depending on the state of the pandemic over the next two quarters, it could be a Day and Date release – where the film is available in Theaters and on Pay-per-view On Demand on the same day. Or it could be a worldwide release through a streaming platform. Regardless, the film will be available to view for the Indian audience and the Indian Diaspora worldwide.

What's next after The Last Victim?

I'm currently reading multiple scripts. A few in the works include a revenge movie, a stylistic rural thriller, a sci-fi horror film, and a character drama/thriller.