Rahman, who will be foraying into scriptwriting and film production with this film, took to Twitter to make the announcement. 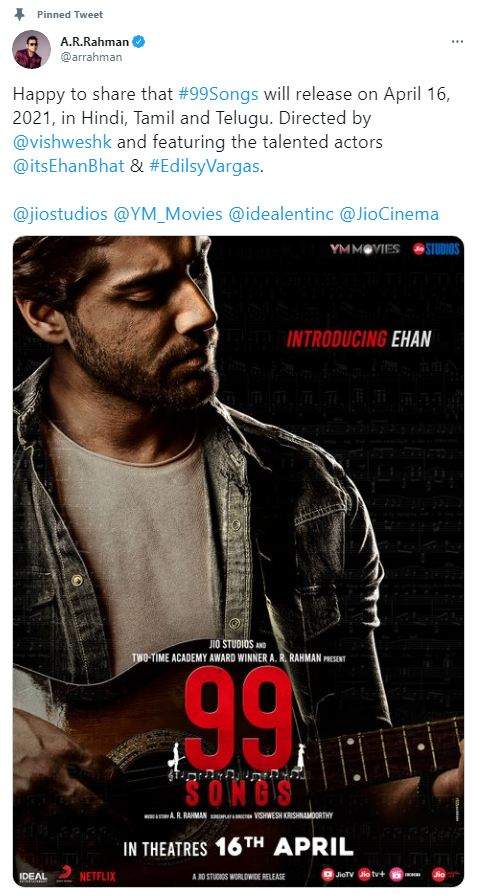 “Happy to share that #99Songs will release on April 16, 2021, in Hindi, Tamil and Telugu. Directed by @vishweshk and featuring the talented actors @itsEhanBhat & #EdilsyVargas. @jiostudios @YM_Movies @idealentinc @JioCinema,” Rahman wrote.

Backed by Rahman’s production company YM Movies, 99 Songs will be presented by Jio Studios. The film will be released in Hindi, Tamil, and Telugu.

99 Songs is directed by Vishwesh Krishnamoorthy, who is a former frontman of the band ‘Scribe’. The story revolves around a singer who faces numerous struggles to discover himself and become a well-known music composer.

Rahman has also composed the original score and 15 songs for the film starring actors Ehan Bhat and Edilsey Vargas, who are newcomers, and Tenzin Dalha.