Ritvika Rajesh is a class 11 student at Bhavan’s Rajaji Vidhyashram. Under the able tutelage of Kalaimamani Urmila Satyanarayanan who heads Natya Sankaalpaa, for the past 11 years, Ritvika has blossomed into a dancer who excels in both abhinaya and nritta. Ritvika’s arangetram at The Music Academy in 2015, was applauded by several senior dancers and connoisseurs who attended the performance both for its skill and grace. She has participated in several group productions of Natya Sankalpaa. Following her arangetram, she has performed at various Sabha programmes during the annual Marghazhi season in Chennai. She was adjudged as one of the Best Performers by the Sri Parthasarathy Swami Sabha in the year 2015-16. 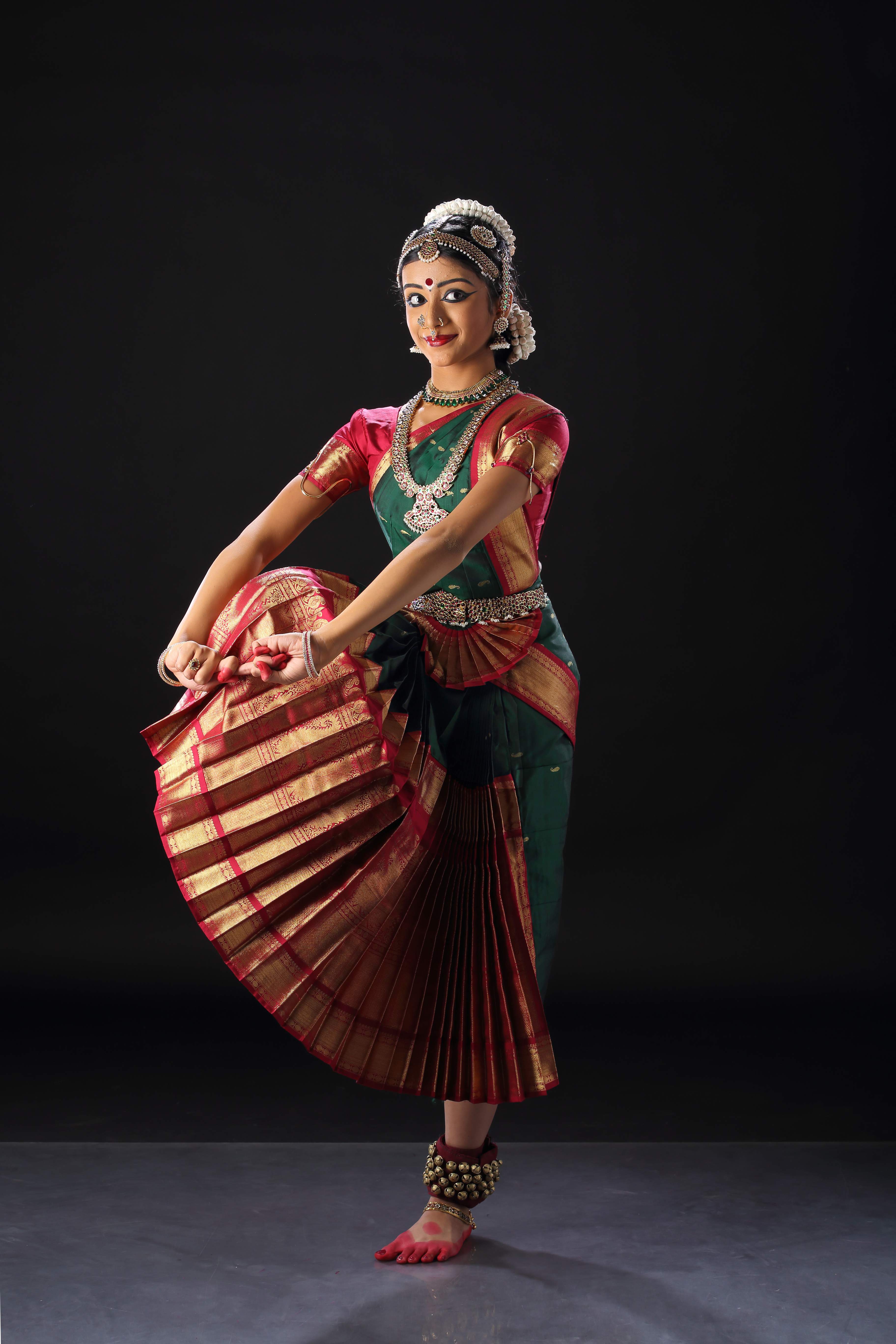 Nithyakalyani varnam is a beautiful and majestic composition of Thirukokarnam Seethama Kavi, Ashta ragamalika set Roopaka talam. This composition in Sanskrit is in praise of the universal Divine Mother- Devi, Parvathy, Durga, Tripurasundari, just some of the various names that She is known by.

The composer describes the divine beauty, the compassionate nature of this universal mother.  The dancer will highlight, through her sanchari bhavas, the story of Goddess Meenakshi, who loses her heart to Sundareswara and is united with him in holy matrimony. The dancer will also depict the story of Uma, Parvathy, the daughter of Himavan, who stands on a single leg on Pancha Agni and does severe penance in order to attain Lord Shiva. To test her devotion, Lord Shiva comes in the guise of an old man and insults her Lord. Parvathy is distraught and she pleads with him not to utter such harsh words. Lord Shiva then reveals his true form and they are united in wedlock.  The Divine Mother is forever compassionate, kind and full of sympathy towards her suffering children.