From Dualist Inquiry live to Techno Lofting with Vachan Chinapa, here are the top must-attend gigs in Bengaluru this weekend

Just BEC-ause
May 12 | KittyKO, The LaLiT Ashok
She goes by the name, BEC. And she’s set to headline this edition of the KittyKO Sundowner gigs, supported by Robby & SIDVICIOUS. A star on Pan-Pot’s Second State label, and named as one of the Top 10 Leading Ladies of the Underground scene, BEC aka Rbca Godfrey has risen to the top in quick time. Brighton-born, London-bred, and now Berlin-based, by her early-20s, BEC has rocked floors at top clubs from London to Hong Kong to Barcelona. The vividly distinct sound of her live sets span the vast spaces of grooving and cerebral techno. 6 pm onwards. Guest-list for girls & couples till 9 pm. Details: 3052-7777. 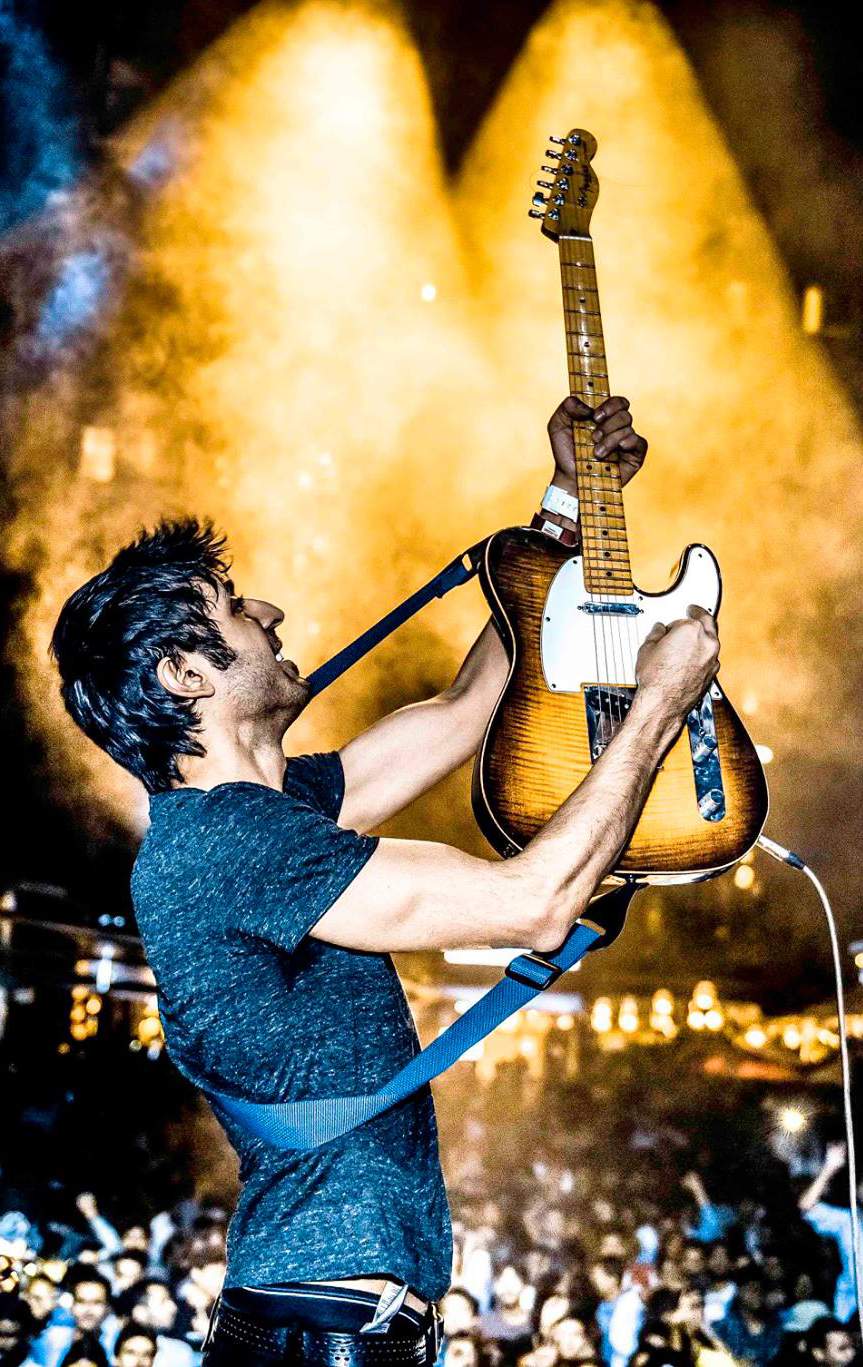 Dial D for Dualist
May 10 | Koramangala Social
Drop by as Dualist Inquiry will play a live DJ set. In less than a decade, Sahej Bakshi aka Dualist Inquiry, has gone from a studious music producer to a headlining, game-changing artiste, to a forward-focused music entrepreneur. He first rose to prominence in what was an amorphous Indian independent music scene, capturing fans at the intersection of guitar music and rhythmic electronic dance, with a sound that soon came to define his identity as a live act. The near future will see him release new music with a new A/V live show in tow, and also venture into the ever-expanding world of videography and filmmaking. 9 pm-12.30 am. Details: 4372-3295.

Arjun, mi Amori
May 12 | Bombay Adda Bengaluru, Koramangala
This Unplugged Night will be led by popular musician Arjun Amori. Amori is quickly gaining a following for his vocals and musicianship. Hailing from Solan, in the heart of Himachal Pradesh, he’s a professional vocalist, guitarist, songwriter and self-taught musician. Amori first moved to Goa, where he played gigs in bars and cafés, before moving to Bengaluru. He now keeps his profile short and sweet: ‘Hey! I’m an artiste strumming his guitar one breath at a time with a life as scattered as this world. When I’m not doing that, I pretend sanity. Namastey.’ 7 pm-1 am. Details:  96066-52222/97424-40609/99674-20000. 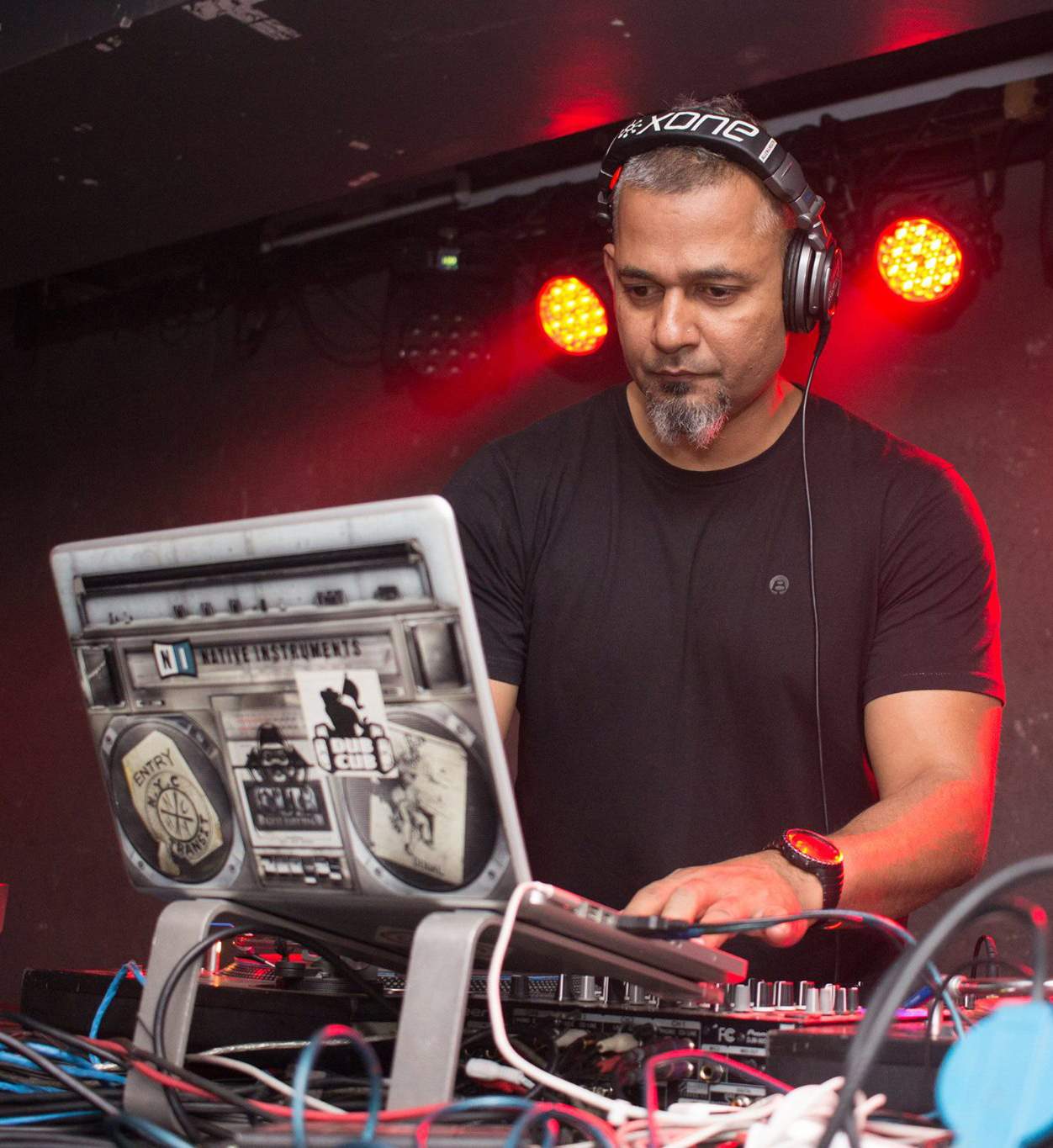 Dubstep heaven
May 12 | LOFT 38
This ‘Techno Lofting’ concert, co-hosted by the Bangalore Underground Movement, will be headlined by Vachan Chinnappa. Vachan started off with a heavy metal band in Bengaluru, before moving to DJing full-time. In his many years of spinning tunes, Vachan has built a reputation that extends beyond his vinyl-only sessions and sold-out gigs. In the matter of a few seasons, Vachan moved from playing funky house music to EDM, and when house music began to feel a little stale, he moved to electro house much before anybody else. More recently, he has taken to hard techno, while spending more and more time with drum ’n’ bass and dubstep. 7 pm onwards. Details online.

On the Baul
May 11 | Bannerghatta Road
Themed ‘A Glimpse into Baul’, and hosted by the SoulSwara platform, this showcase of Baul singing will feature a live show by Arpita, with the instruments ektara, duggi and ghungru. Arpita learnt from Parvathy Baul, Kanai Das Baul and others, and has performed widely in India and abroad. The evening will include an interactive session where guests will speak of their personal experiences. This is a home-based event. No entry fee; pay as you wish (all payments go directly to the artists. 6 pm-8 pm. Details online. Matteo for every pleasure
May 10 | Fandom At Gilly’s Redefined
Gently Altered is set to co-host a gig with Matteo (in pic; Chinese Man Records), the founding member of the popular French trip-hop crew Chinese Man, to play a live DJ set for his fans in the city. He will be supported by the ever-popular Nina. Matteo’s artistic creation wavers between hip-hop and EDM, South American, Indian and Turkish influences, sounds of yesterday and a refreshing musical nugget of our world today. Rs 499. 8 pm- 12.30 am. Details: 9606443394. One-way tickey, yeah
May 11 | Life Behind Bars Cycles, Indira Nagar
The lifestyle store Life Behind Bars Cycles, at Smart Square Complex, is back hosting jams at its pad. For its next LBB Jams session, they’ve roped in the Bengaluru-based Beatles tribute band, De Trippers, who will be performing live. With a mix of good ol’ Beatle anthems, they’re ready to bring in some much-needed rock ’n’ roll. The De Trippers will be opened by Epiphany, a trio that creates their own versions of pop and rock hits. The De Trippers comprise of Joe (keys), Satyajit (guitars), Sikanth (bass) and Ranjith (drums). Rs 400. 6 pm-10 pm. Details: 9886406776.

Roza to the occasion
May 11 | Koramangala Social
As a part of the #10yearsofKrunk celebrations, the Hotbox 07 platform will co-host Aussie sensation Roza Terenzi on her India tour, supported by Dreamstates. The productions of Roza (Voyage Recordings/Kalahari Oyster Cult) are prime for inter-stellar communication, sublime mind dance, warehouse bleeps and dawn-­ready breaks that inevitably find union between earth people and other beings. This is apt in her DJ sets, linking outer limit genres as one through common sound, tone and rhythmic drive. 9.30 pm-12.30 am. Details: 43723295.