Happy birthday, Ma Faiza!
June 1 | BANG, The Ritz-Carlton
Swing by for a special edition of the Deep In Bang series of live concerts, headlined by the Mother of Electronica in India, Ma Faiza, playing a special Birthday Edition gig to ring in her own big day, with the theme, Bang the Ritz Carton Bangalore. Expect a night of blissful signature Ma Faiza sounds, say the hosts, adding, ‘You know the drill!’ The evening will also feature D3E, while DJ Deepak will play event host. 8 pm-3 am. Entry by guest-list valid for couples and girls only. Details: 4914-8000/98800-18898/95911-65478. Shot in the dark
May 31 | Fandom At Gilly’s Redefined
Fandom is set to host DCF_Shapes, D’s Kitchen and Unohu. DCF_Shapes or Dark Circle Factory — featuring Lindsay D’Mello, Hashbass and Bharath Kumar — is the brainchild of drummer-producer Lindsay D’Mello. D’s Kitchen is a five-piece rock band from the city, formed by three college students with a focus on simple songwriting and emotive instrumentation and vocals. Unohu is a three-piece alt-rock band in Mumbai whose members include Shashwat Karkare (drums), Sarthak Karkare (guitars) and Yohann Coutinho (bass), while Unohu has been around for six years and released two EPs. 8 pm-midnight. Rs 400 + Rs 200 (cover charge). Details: 96064-43394. 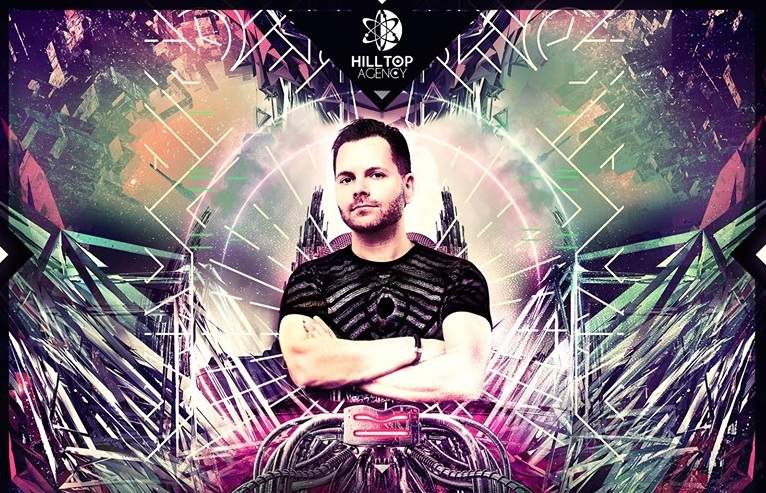 Take a Shine
June 1 | Fandom At Gilly’s Redefined
DJ Hanna Shine will head down to the city, all the way from Russia, to headline this gig, with support by homeboy, DJ Nash. The gig is a part of the RC Xtra Beats series of concerts. Fans will find DJ Hanna playing refreshing electro house sounds, linked to the Future Groove movement! ‘It is going to be massive with a huge production of sound, lights, LED walls, SFX and more,’ promise the hosts. 8 pm-1 am. Guest-list for couples and ladies till 9.30 pm. Details: 98860-33166/96064-43394. 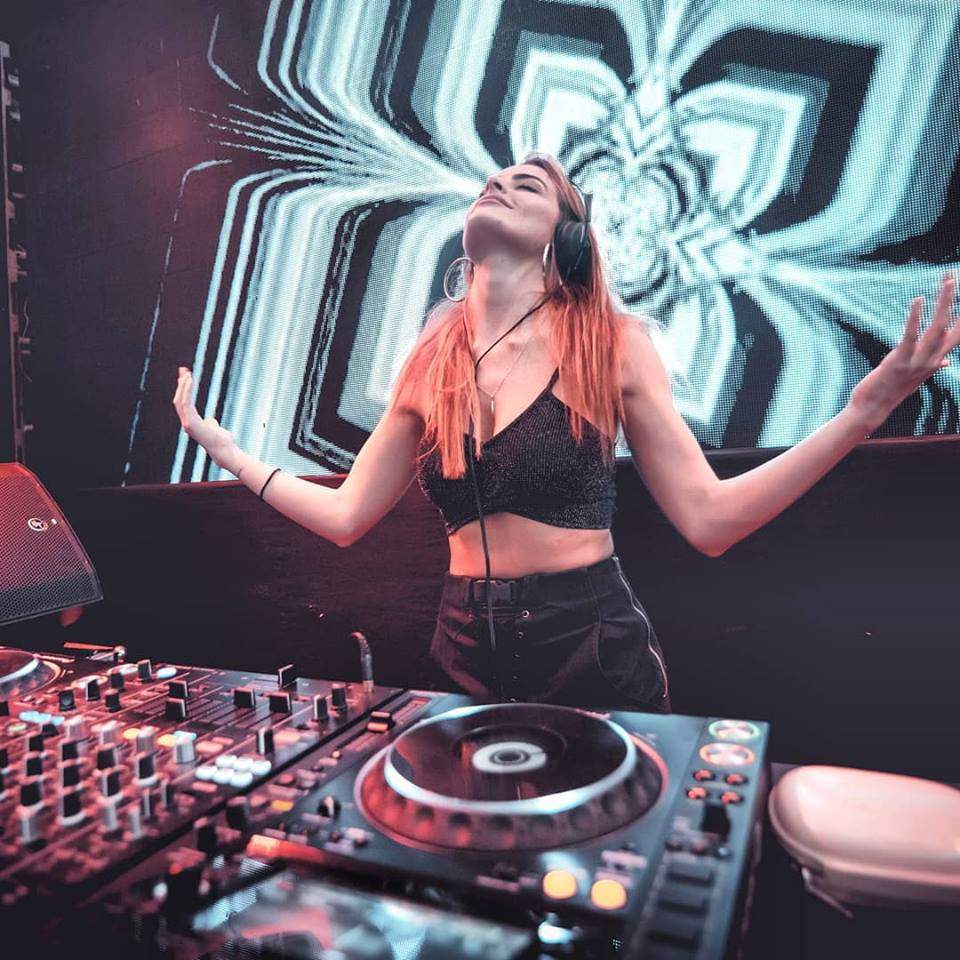 Playing on heartstrings
May 31 | The Collection @ UB City
Pragrup Foundation, Vriuksh and BFlat will host Montage, an evening of music led by the Umbria String Quartet from Perugia, Italy along with Pandit Ambi Subramaniam on Carnatic violin and Karthik Mani on Indian percussion. The eclectic ensemble of three violins and a cello enjoy an illustrious reputation in the Tuscany Region, and extensively in many countries. The quartet is expected to perform a collection of masterpieces by Pachelbel, Mozart, Albinoni, Rossini, Mascagni, Bach, Vivaldi. Rs 499. 7 pm-10 pm. Details: 96867-19002. 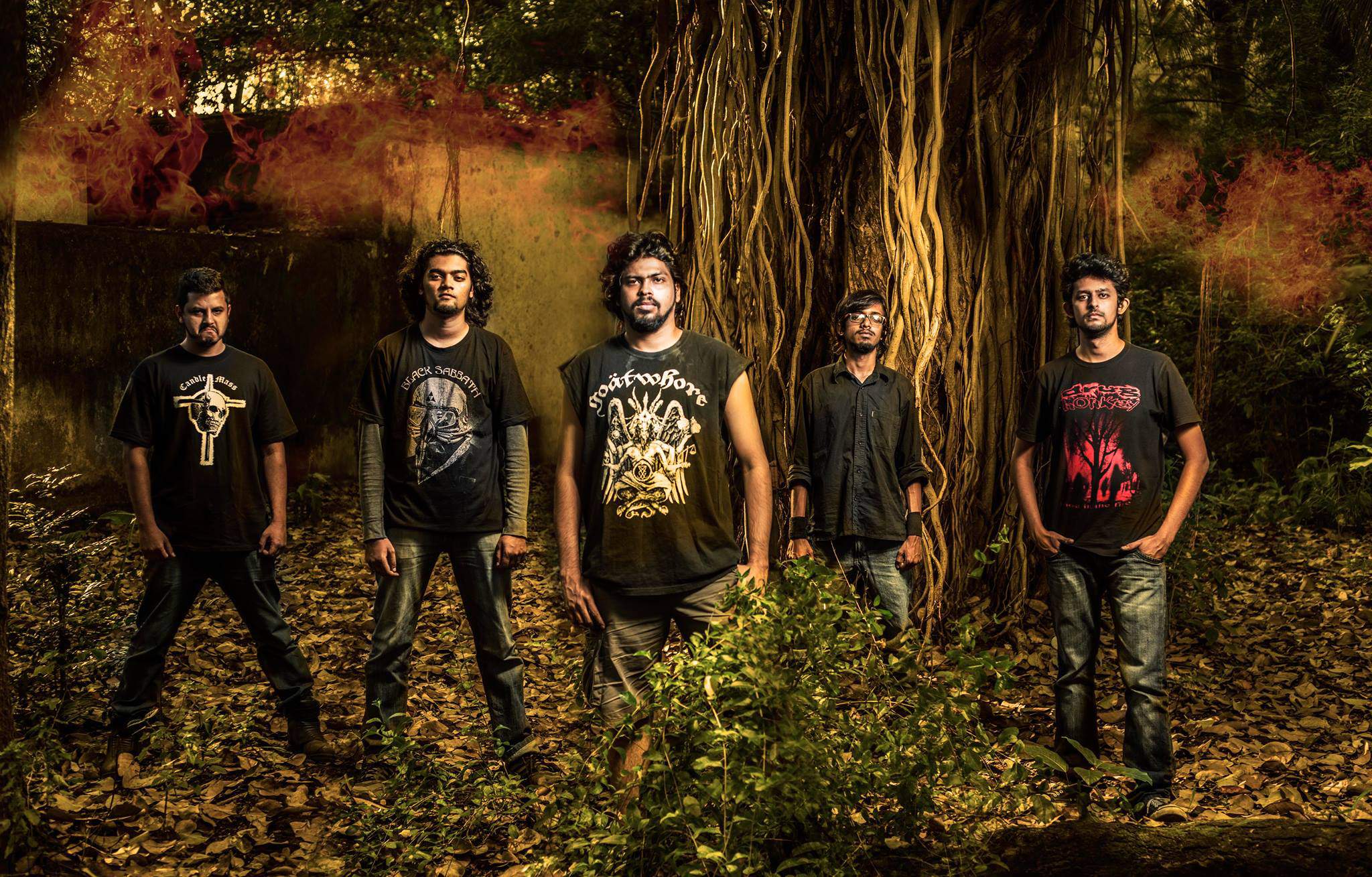 Ace up his sleeve
June 1 | Pebble
It’s the grand Hilltop night and reopening of Pebble, featuring the Ace Ventura Project and others. Behind the Ace Ventura project is Yoni Oshrat, one of Israel’s biggest talents in EDM, with a career stretching for over a decade. Yoni has been touring all over the globe, headlining all major festivals, being well-known for his popular mixes and massive DJ sets. Ace Ventura is also involved in three other successful projects: Zentura (with Zen Mechanics), Liquid Ace (with Liquid Soul), Easy Riders (with Rocky) and the newly established Alpha portal (With Astrix). Rs 2,000. 4 pm-1 am. Details: 81476-68568. 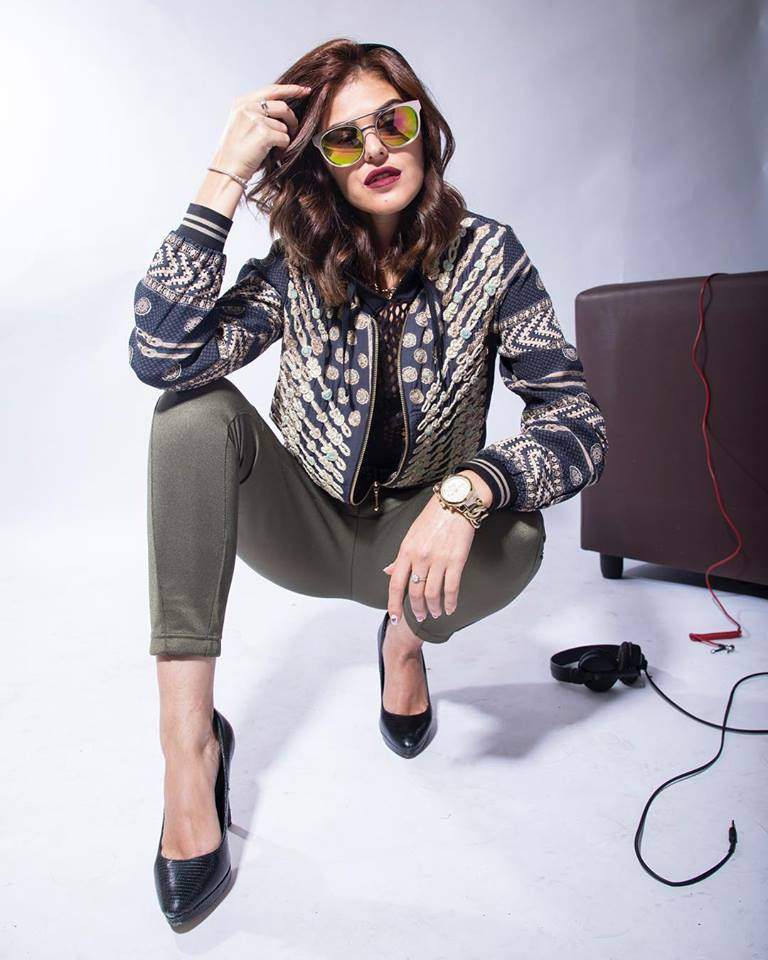 What’s the scene
June 2 | Foxtrot — House of Subculture
Unscene is set to host Dirge, Diarchy and Pacifist. The event hosts offer this teaser: ‘Post-election party? Rolling thunder before the monsoon storm? Just another gig? This will be a heavy rager for sure!’ On stage will be Dirge, who take the idea ‘bring the heavy on!’ very seriously. City-based Diarchy is raw and heavy, with a new album due this year, and Pacifist’s music is far-removed from their name, with a new EP, Greyscale Dreams set for release. 20.30 pm-00.30 am. Rs 400 + Rs 200 (fully redeemable). Details: 96064-43394. 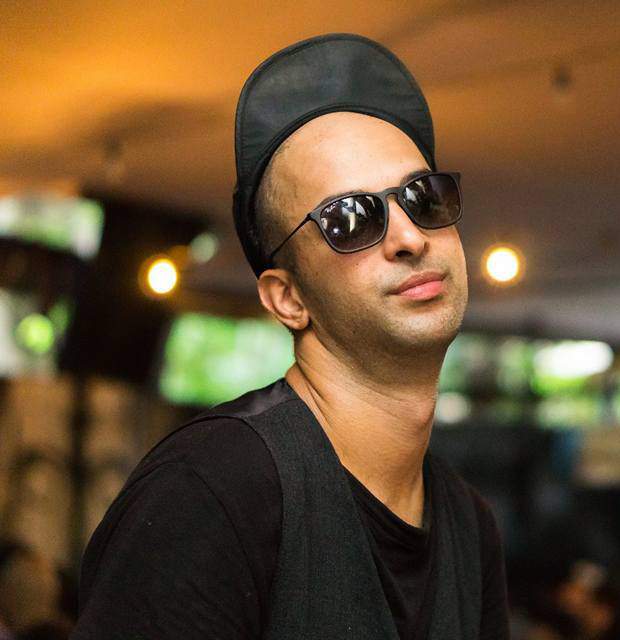 To the four winds
May 31 | Liquid Lounge and Bar
Themed Four by Floor, this gig will feature Daniella (in pic) and Nikhai Jaysen, with AB+ on supporting duties. Daniella is an underground DJ/producer known for her musical journey from techno, progressive, minimal and deep house. Her mission is to feed the crowd her passion for music, and bring a sense of emotion on the dance floor. Nikhai Jaysen, meanwhile, is a producer and DJ from Bengaluru with an ear-pleasing aptitude for alternative EDM, having started out in a duo project, and growing into the role of a full-fledged solo artiste. 8 pm-1 am. Details: 4936-1234. Eshna as Saturday evening
June 1 | Hoot Cafe & Brewery
‘We are back with a BANG!’ say the hosts of this gig, themed Saturday Spree. Drop by for a fun night full of music, fun and great food. DJ Eshna from Pune, a rising star in club circles and festivals around the country, is set to headline this gig, belting out a mix bag of her signature tunes across various genres from commercial hits, bass-centric, dancefloor-friendly grooves to minimal, techno, tech house and progressive. 9 pm-midnight. Details: 4710-6555/80306-95454. 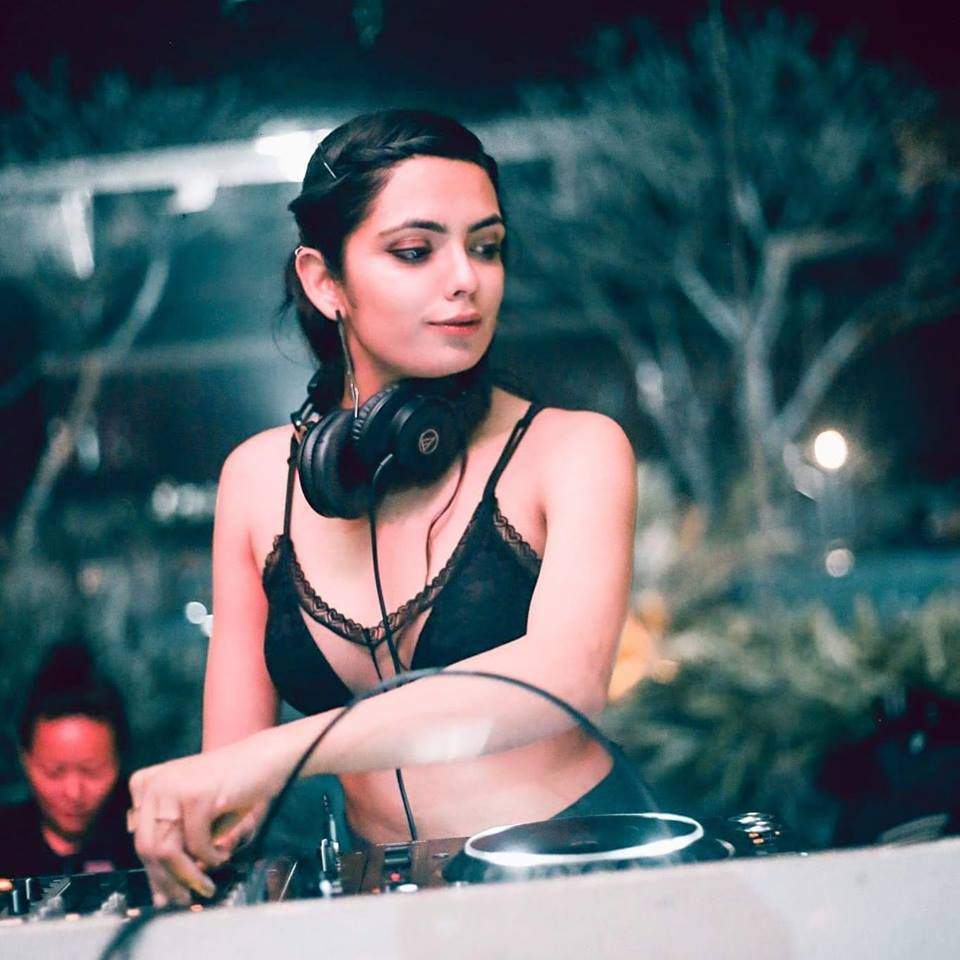 Gift of the Gab
June 2 | KittyKO, The LaLiT Ashok
Here’s a massive gig lined up for this Sunday on the terrace! Gab Rhome from Montreal will lead the gig with Kora on support duties. The 28-year-old Gab’s career has taken off, with his EP La Maison spending months on the Deep House Top 5. Kora, on the other hand, blends diverse sounds with organic and modern elements. Additional support by Robby and SIDVICIOUS. 6 pm-1 am. Guest-list for strictly couples and girls till 8 pm. Details: 3052-7777/93537-56313/99801-58286. Whole lotta jazz
June 1 | The Blue Room
What Is This Thing Called Jazz? That’s the theme of this gig. Jazz writing has long been the purview of pundits, and for years they have been the ones to explain jazz to listeners, says a note from the hosts. While this tacit division of labour between pundits and players has mostly been a good thing, things are clearer and more fun when jazz musicians speak for themselves, adds the note. To that end, Ramjee Chandran (guitar), Aman Mahajan (piano) and Haripriya Narasimhan (bass) will talk to the audience about jazz in a free-flowing set on this evening. They will perform a series of jazz standards that allow listeners to ‘hear’ the heart and history of the music, while getting an insider perspective of jazz. 7.45 pm-10 pm. Rs 400. Details: 99727-67963.