F1 driver Karun Chandhok opens up about the ups and downs in his career, and how family trumps all

Few Indian faces are as recognisable globally in the motorsports community as Karun Chandhok. Born into a family that one could call racing royalty in India, Karun has had more to live up to than just the legacy of his father Vicky Chandhok, who set up the Motorsports Association of India — the national sports authority in India for the FIA. The first person the youngster looked up to for inspiration was his grandfather Indu Chandhok — a key architect of the Madras Motorsports Club and the first race track in the country at Sholavaram in the 50s. The 35-year-old has once said: “Family businesses are a big thing in our country, and I suppose motorsports is ours.” However, the story of the Chennai-born racer is perhaps, more dramatic than most others his age. We trace how he made his way up from the Indian National Racing Championship circuits to the paddocks of Formula 1 in 2010. 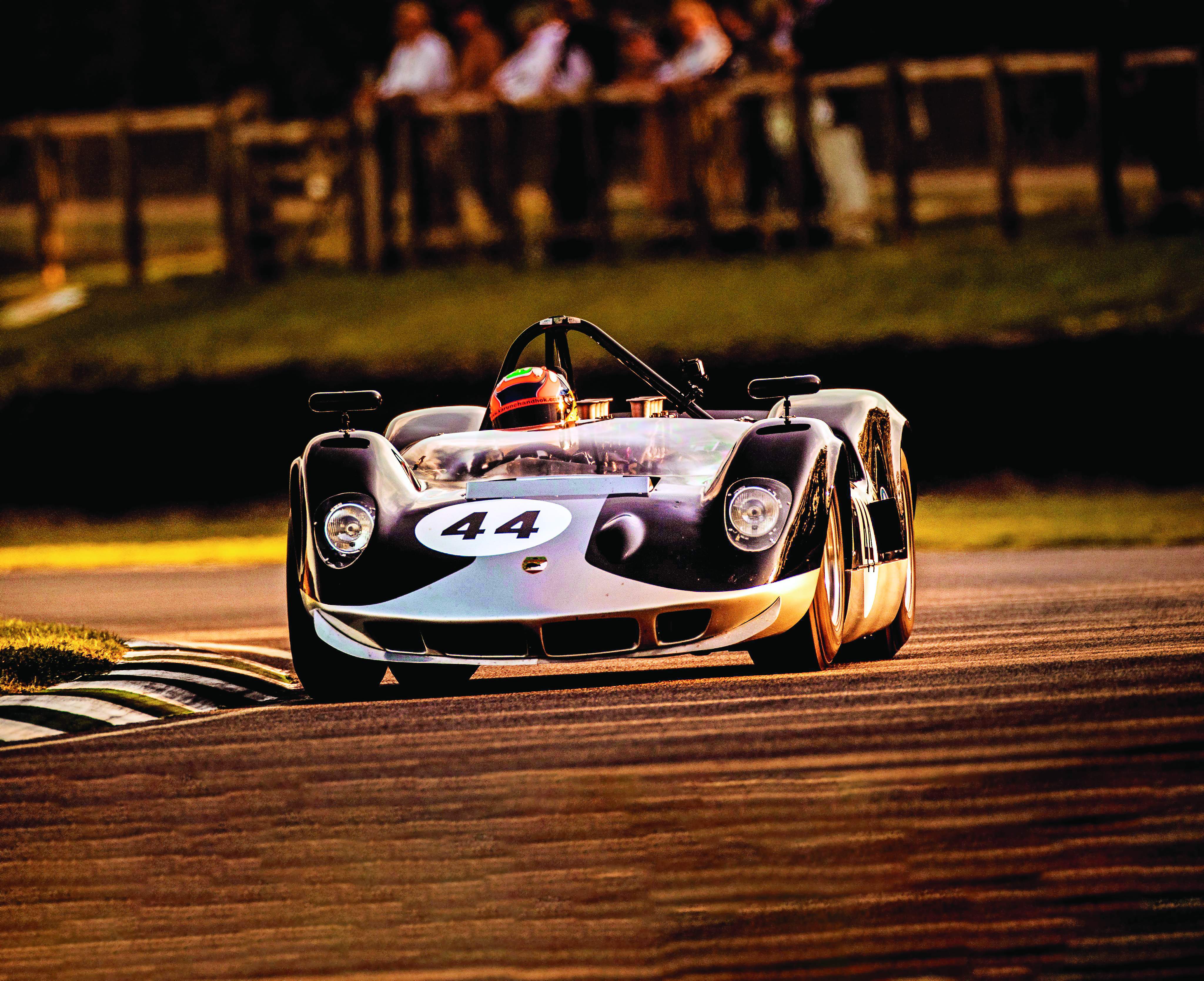 Expanding circuit
Though he stepped away from his racing career earlier than expected, Karun currently finds himself representing India as a global motorsports pundit as a commentator and writer, alongside other industry greats like former F1 World Champion, Damon Hill and Nico Rosberg. This, while juggling duties with a circuit designing company, being a part of the race drivers’ commission and being involved with the heritage car division of Williams. “I’ve never taken up anything full time. In a way, I think it has allowed me to dabble in all areas of the sport. However, I am primarily a racing driver; that is the foundation of my career,” shares Karun, who recently took championship-winning Lewis Hamilton’s W10 for a spin, as a part of a feature on F1. “Everything else I do comes from the experience and
credibility that I have built over the years.” 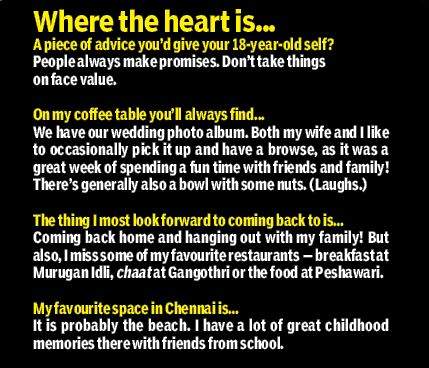 Across oceans
Accumulating experience living in India was not an easy task as it was for his European counterparts. “I think people like Narain (Karthikeyan) and me, who grew up in India, missed a huge deal in our careers. I never went go-karting. Unlike guys like Lewis (Hamilton) and Nico (Rosberg) who had been karting since they were in their nappies. The first time I bought a Rotax kart was when I got into F1 in 2010,” he informs. But, Vicky Chandhok had always been a supportive father, who initiated Karun into the world of Western motorsports. “I still remember the first time F1 was telecasted live in India in 1993. It was the Grand Prix in France. But, I had been watching races since 1987. Dad would get us the recorded versions of the race, though they may have been at least a couple of weeks old.” This passive enthusiasm wouldn’t be enough, Karan would soon learn. 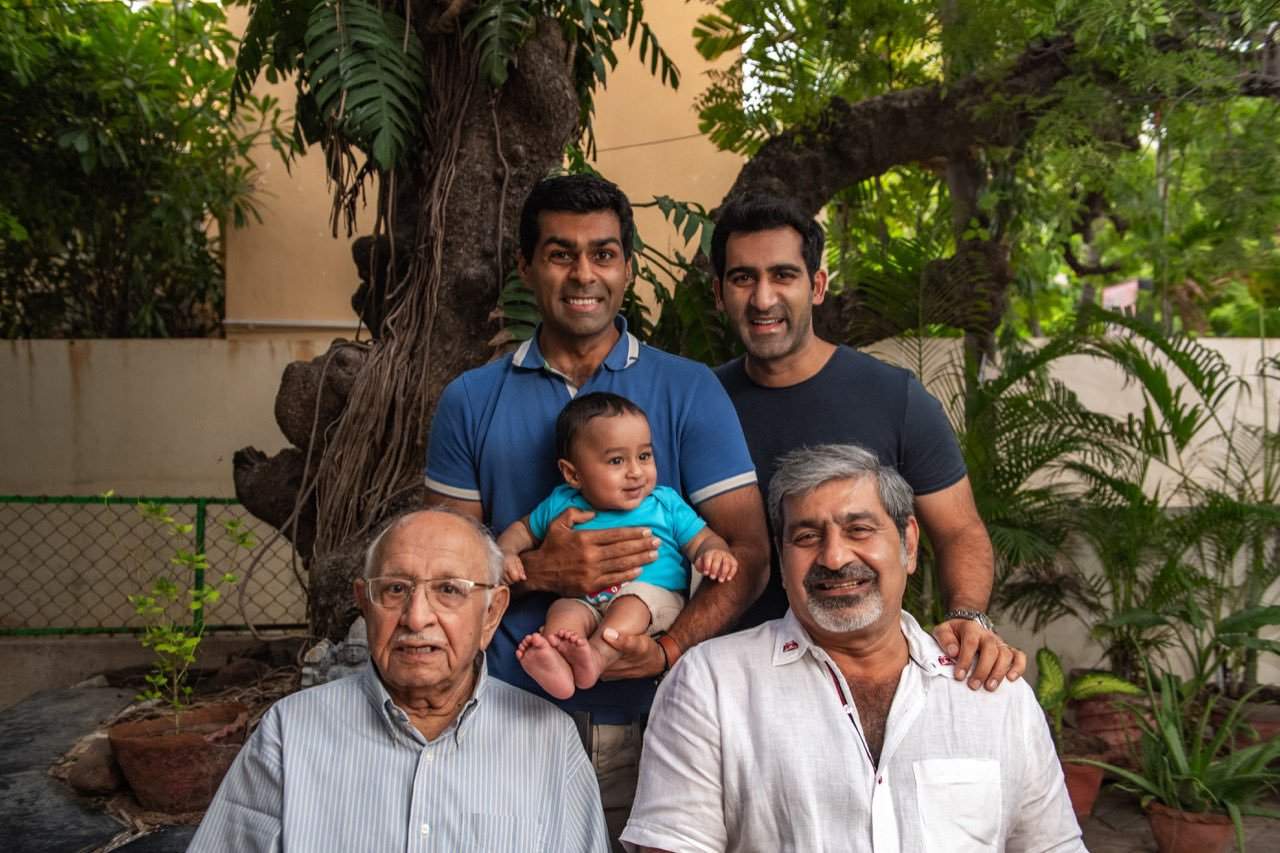 “All my growing up years I knew I wanted to be a race car driver, but I hadn’t worked towards it.” It was at the age of 15 that Karun decided to do something about it. Working a deal with his father, a 96-kg Karun Chandhok underwent an immense lifestyle change losing 26 kilos in a span of 10 months as preparation for his Indian Championship Racing debut, which would be his ticket to the Asia Cup. On February 1, 2002, Karun landed in the UK to explore a new aspect of racing, the British  F3. “We had the likes of Lucas di Grassi and Adam Carol on the tracks. It was then that I realised the level of competition.” Having had too much to learn in the two-year stint, the 17-year-old felt he had aged by another 15 years! 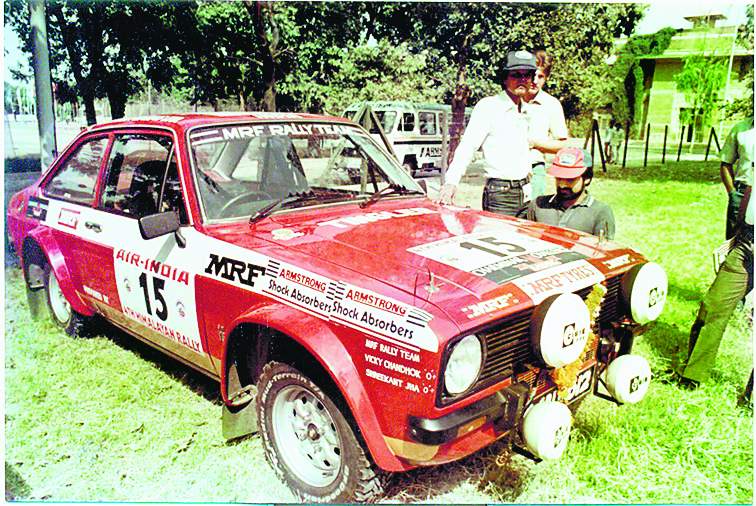 Onward momentum
Amidst all this, India was yet to produce an F1 driver. Even with the pressure mounting, the infrastructure wasn’t the only thing that was lacking; funding was tight. “I remember Mom selling paintings to help cover the cost for new tyres for testing,” he shares. Halfway into the F3 race season in 2005, while his peer Nelson PK had gone through 60 hours of testing and 120 sets of tyres, Karun had only done 27 days with 50 sets of tyres. “Unfortunately, for this sport, money does count. I couldn’t compete with that. It was a difficult stage. And eventually, the money dried up.” Competing at the World Renault Championship Asia at the end of 2005 did help reduce the financial stress. “Renault had started their V6 races and they did put up a bit of prize money.” Karun even reached out to Bernie Ecclestone, the former chief executive of the Formula One Group, who asked him to call after winning the championship. “I did call him back after winning, but that meeting didn’t amount to much.” Losing hope, Karun decided to take up a managerial job at RR Racing, when a call from Bernie came through, informing him that Red Bull was interested to put him on their programme. During the following season, Karun secured his first GP2 win at Spa. “I remember Bernie walking up to me ahead of that race and saying, ‘You better win this’,” he recalls.

In the driver’s seat
As Karun Chandhok turned 26 the next season, he signed his debut F1 contract with Hispania Racing (later on rechristened HRT). “Dad was in a flood of tears because the years prior to my contract had been really hard. He is an eternal optimist and without him to sort things out and deal with the financial stress of motor racing, there’s no way I would have been able to do anything.” But, the ride was not smooth. Grappling with a financial crunch, Hispania put together a car just ahead of the season-opener in Bahrain and was accommodated in the starting grid without any pre-season testing. With multiple hiccups on the track, the following season saw him move to Team Lotus as a reserve driver. After being dropped from the list ahead of the first-ever India race, Karun admits that it was the first time he began to hate racing. “It really wasn’t a fun year. I just felt like a spare part that nobody wanted. Not getting a chance to do the Indian GP was a huge blow. I didn’t watch a race for six months. I fell out of love
with the sport.” Whole lotta love
After taking some downtime, Karun once again rediscovered his love for motorsports, taking up Sportscar Racing in 2012 and drove at the FIA World Endurance Championship for JRM Racing, with co-drivers David Brabham and Peter Dumbreck. The same year he also became the first Indian to compete at France-based Le Mans 24 — one of the world’s oldest active endurance racing events — and his team finished sixth out of the 56 starters. Karun stayed active in the GT series and the Formula series till 2015, until he branched out to other aspects of motorsports including commentary, technical consultancy and writing. “I used to take at least 90 to 110 flights a year, but now, with a family, it is has come down to about 70 to 75,” says Karun, who has a 10-month-old-son. Fatherhood has given him a new perspective on life, and he loves juggling profession and family life. “It teaches you the importance of sacrifice and spending quality time with family.”