Khabib Nurmagomedov, who has been known to wrestle with bears as a kid, takes on strong contender Dustin Poirier. It’s no surprise that Khabib is the clear fan favourite amongst hardcore fans. They’ve followed this Dagestan-native—once dubbed the most dangerous place on Earth—from his days as an amateur fighter in Russia to his legendary battle and subsequent victory against veteran Conor McGregor.

Now, after a nine-month ban and $500,000 fine for attempting to fight McGregor’s teammate after climbing outside the cage, he has been named the most successful Russian athlete of the year by Forbes.

Surpassing the likes of Maria Sharapova and Olga Buzova, estimating a total net worth of $11.5 million and is considered one of the most dominant Mixed Martial Artists of all time. Yet, he still lives in the frigid suburb of Dagestan, far from the riches.

After his controversial suspension, he is now headed to Abu Dhabi to take on Dustin Poirier at UFC 242 for the championship belt.

With grappling being his bread and butter, Khabib aka The Eagle has become a fierce striker over time. While in conversation with the fighter, Khabib mentions “I’m not like a fake champion who never defends his title. I defended one time already. I want to be undefeated, undisputed. No more interim. I want to take this. Because in the jungle there’s only one king.”

The Russian beast, boasting a perfect 27-0 record in MMA and is ranked as the #2 Pound-for-Pound Champion in the world, one spot behind American Kickboxing Academy teammate and current UFC Heavyweight Champion, Daniel Cormier.

On the other hand, Dustin Poirier, who is currently competing as an Interim Lightweight Champion in the Ultimate Fighting Championship with a current fight record of 25-5-0 will be the underdog as he enters the Octagon to face off Khabib at UFC 242.

However, he is a little more unpredictable. Earlier in his career, he was a go-for-broke fighter in all areas, hunting for submissions and was happy to take the fight to any area, but more recently, after his development into one of the best strikers in the Lightweight division, building a dangerous game around insane levels of pressure boxing will be a scary sight not allowing him to push for a finish too early. 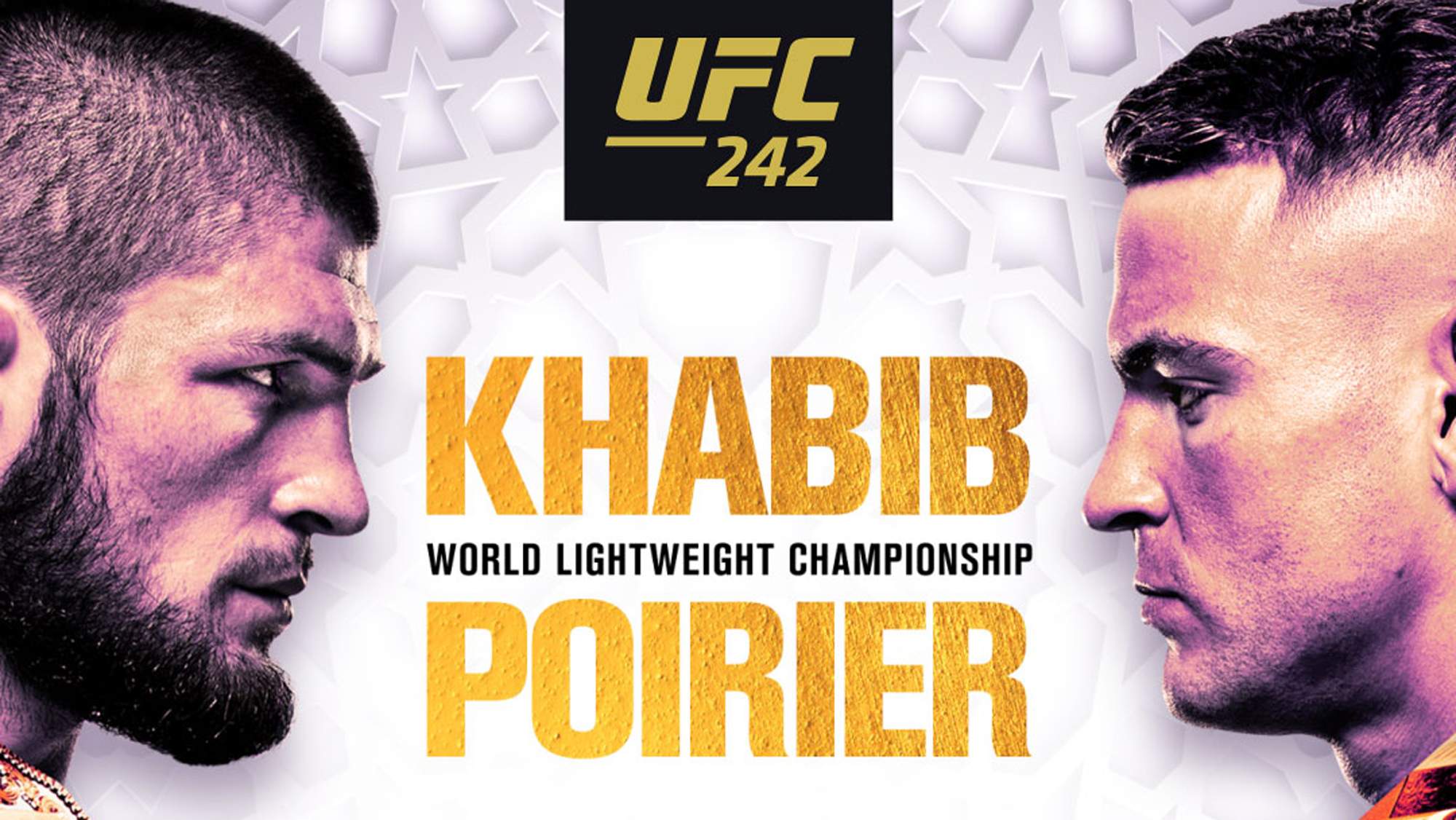 On the upcoming fight with Khabib, Poirier says “That it’s a ‘great’ fight and there are only a few times in our lives that we get ‘great’ opportunities like these. However, I believe that experience is not what always the way up, sometimes its consistency and self-belief. I am all set to put a loss on Khabib’s record for all the underdogs out there”