MS Dhoni keeps showing the world that he is a man of class through his acts on- and off-field. The Indian skipper is once again in the news for something that's become his signature trait. Dhoni who was flying to the UAE  with his team, the Chennai Super Kings, to start the preseason camp ahead of IPL season 13, won the hearts of millions with his kind act.

George took to Twitter to share the incident and wrote: "When a man who's seen it all, done it all in Cricket tells you, "Your legs are too long, sit in my seat (Business Class), I'll sit in Economy." The skipper never fails to amaze me." George was struggling to sit comfortably in the economy class seat due to his long legs. But with Dhoni around, this couldn't be a reason for the team director to travel uncomfortably. 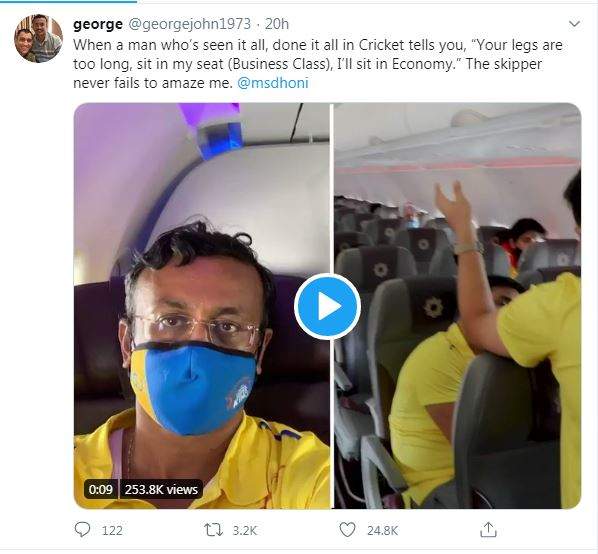 MSD announced his retirement from international cricket on August 15 through an Instagram post. Millions were upset with the news, but they will still get a chance to watch the 39-year-old play the IPL, who is leading his team the Chennai Super Kings.