Warner wants you to caption this picture

The first ODI between India and Australia may not have been a great match for Indian fans, however, the match did get a lot more attention for other 'bizarre' reasons. A kite got stuck onto a Spidercam just before the 50th over and the match at Wankhede stadium had to be halted briefly.

However, David Warner, who scored his 18th century in ODIs and guided Australia to a thumping 10-wicket victory against India, seemed quite fascinated with the kite. The champ was photographed holding the kite, and his candid images went viral on social media.

In fact, David also went on to post his images on his official Instagram account. He asked his followers to caption it and many of them came up with funny and quirky captions. 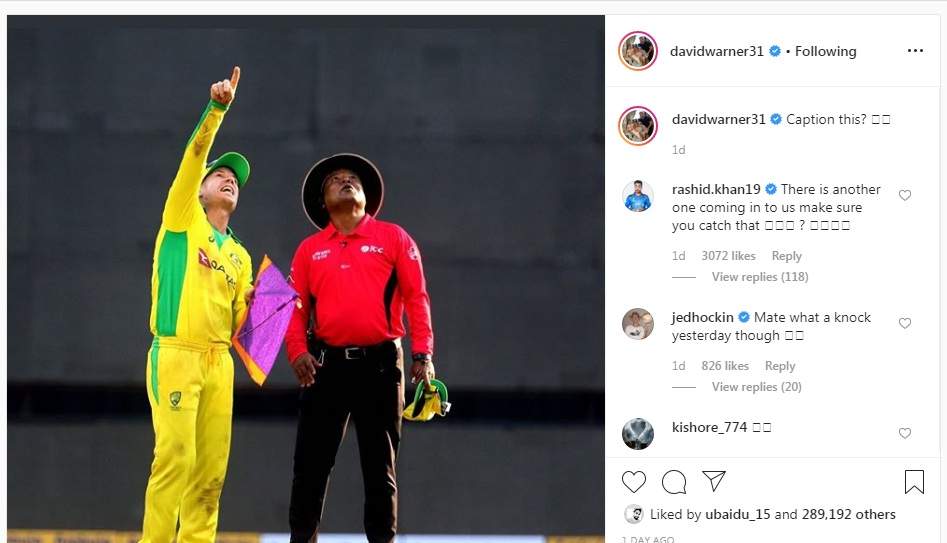 During the post-match press conference, Warner shared his thoughts about the incident, "Well, it is the kite festival. I heard so it's very bizarre, it got caught on Spidercam and I thought it was a little bit dangerous and Bumrah decided to come out and just snap it and I said "that's some poor kid's kite," but yes it was very bizarre, very bizarre."

Warner was the one who caught the kite and he did make the most of the moment on Instagram.