Undertaker: The Last Ride, a documentary that captures the life and career of The Deadman, premieres on the WWE Network

Starting this Sunday (Monday in India), fans of Undertaker will discover more about their favourite WWE Wrestler, as the network premieres the legendary athlete's documentary Undertaker: The Last Ride.

Words can never do justice in describing the iconic and illustrious champion Undertaker's journey with the WWE. But the company has tried to capture their superstar's life and career through this exclusive documentary that was in the making for the last three years. Now, the docu-series is ready to go on-air on the WWE Network. It brings to the screen some behind the scenes secrets and never seen before footage.

The Deadman talks about what it feels like to see his story unveil on camera. Here are excerpts: 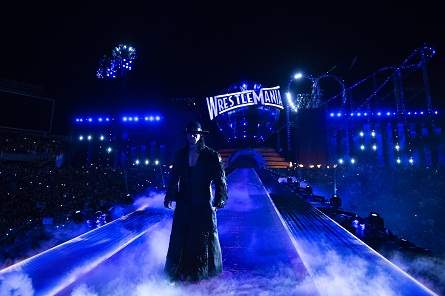 Undertaker: The Last Ride has been more than three years in the making. What was it like to have cameras follow you throughout this time in your career?

It was really strange because obviously everyone knows I have been very protective of The Undertaker character, what’s seen and what isn’t seen. So it was very strange and initially uncomfortable for me having camera crews following me around. As we went through this I became more comfortable with it and obviously allowed more access into everything, which I’m so glad that we were able to do because I think this docuseries is going to blow people away.

For the millions of fans around the world that have followed The Undertaker for many years, what can they expect to learn about Mark Calaway, the person behind The Undertaker, in this docuseries? 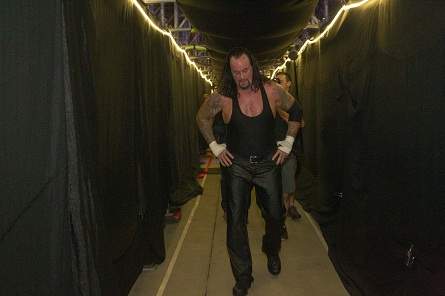 Yes, I’m well aware of it and actually I’m watching that one as well. There are comparisons but I think the difference is we are getting to a point looking at whether I’m going to wind down and they are talking about, more or less, the last years that the Bulls were together under their three-peat championship. There are obviously some similarities but I think The Last Ride is a little more personal, more on a personal level, but equally as intriguing and interesting.

With a WWE career spanning four decades, you have travelled the globe putting smiles on faces around the world. Which particular countries outside of the US have you always enjoyed visiting or performing in and why?

Man, I’ve been all over the world. I’ve always loved going to the UK, Germany, Australia, Mexico. The fans there obviously don’t get to see us as often and the energy level when we go overseas is phenomenal. It is so much fun because there is so much energy in the arena so you always want to go out and give it your best. Once I do take that last ride, that will be something that I miss. Travelling internationally and getting to see all those people in the arenas.

Undertaker: The Last Ride, WWE’s new five-episode limited series event, will begin streaming on WWE Network this Sunday. Tune in every Sunday at 10 pm ET and every Monday at 7.30 am IST to catch the five-week series.