A satirical version of the George Orwell classic, Animal Farm

A SATIRICAL take on the Russian Revolution of 1917 and its aftermath, George Orwell’s book, Animal Farm, still draws plenty of parallels to today’s political scene. On cue we have Bengaluru-based Centre for Film and Drama (CFD) performing a stage adaptation in the city for the first time. “Although the play has communist undertones, if one were to read between the lines, one will realise that there are certain similarities to today’s current political scenario,” Nilanjan Sen, the director, points out.
In fact two years ago, the Madras Players in association with The Stray Factory staged the play in the city. Talking about the play, which first debuted in Bangalore in October 2015, Sen however says, “We are aware of the Madras Players’ version of the production, but our tr 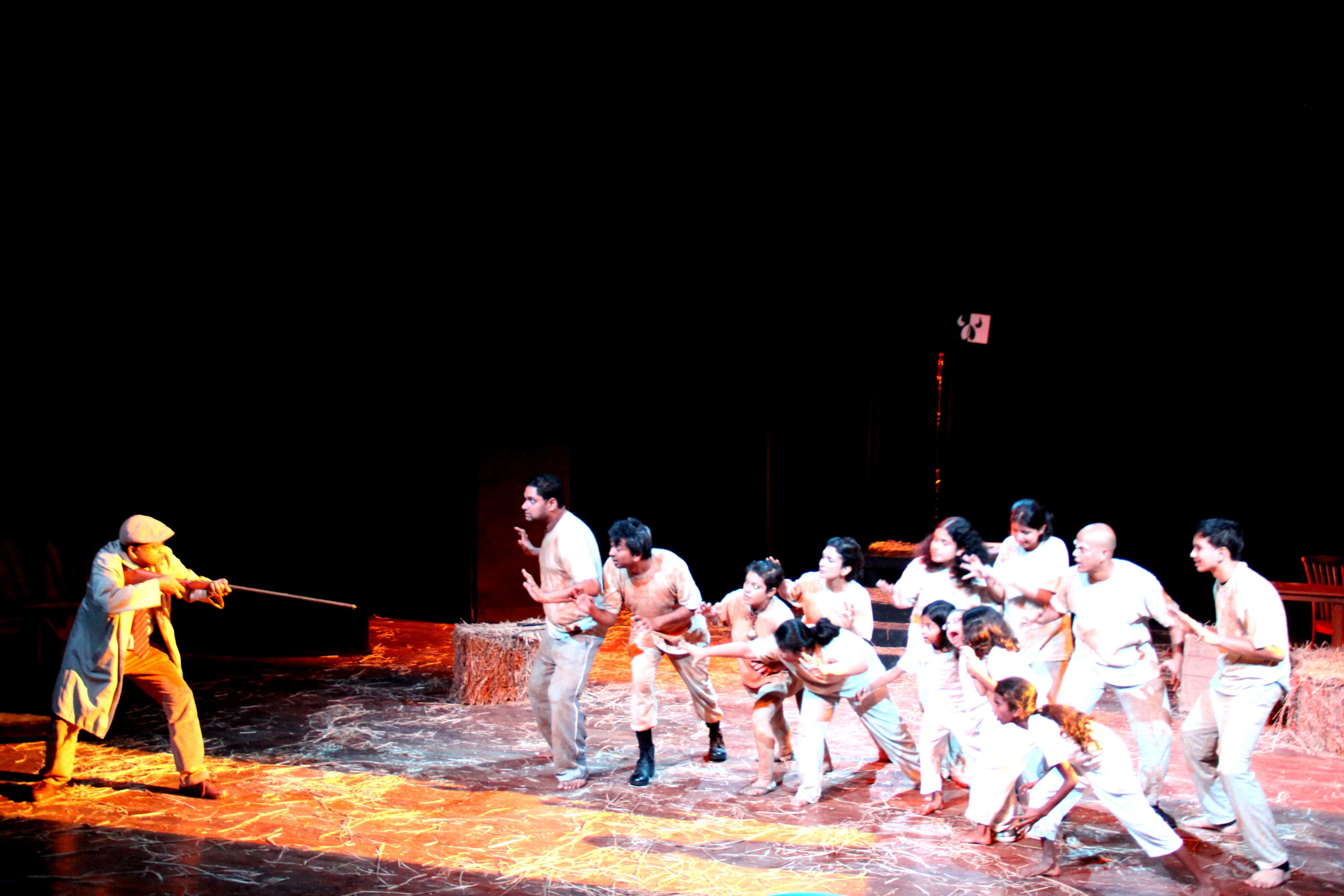 eatment is different. Originally, the play included about five differently-abled children, but due to obvious logistical reasons, they wouldn’t be performing in Chennai. That apart, the treatment of the content itself is different.” Filled with dance and drama, it promises to entertain, engage and move adults and children alike.”
With a mammoth cast and crew of 18 people (including kids), Nilanjan says that logistics aside, there were other challenges that were overcome. “The setting of the play is child-like, but the theme is very adult, so striking a balance was surely one of the challenges. Issues like the availability of the cast, and a big enough rehearsal space were other causes of concern. Finally, there was an element of doubt, because at the end of the day, we were taking a   classic and making it work in a contemporary format,” Sen concludes.