A farce is far from easy to stage. The elements of a good production will include a clever script, a good amount of confusion, and characters put in extraordinary situations. English playwright Ray Cooney’s Out of Order has all that and more.

Originally written and performed in 1990, the play is being adapted by city-based theatre group, The Madras Players. “Out of Order is essentially a comedy that can take everything else on your mind off for an hour and a half. I love Ray Cooney’s plays because they are so light and so much fun,” says director Nilakantan N (aka Nilu), who is directing his second play for The Madras Players after It Runs In The Family (another farce by Ray Cooney) last year.

Having been in the industry as an actor, director, voice-over artiste and more for over 30 years, the 54 year-old says he enjoys directing comedy the most. “When people come to watch my play, I don’t want them to go back having to think, wonder or worry about anything. A farce is more difficult to direct because there is a lot of physicality involved. Timing is the most important thing in a sitcom. If you don’t get it right, the fun is completely lost. It’s not just coming up with your dialogue at the right time, it is also the way you deliver it. All the little things matter,” says Nilakantan, who is also the founder of Dramact, the theatre group that aims to propagate theatre among children. 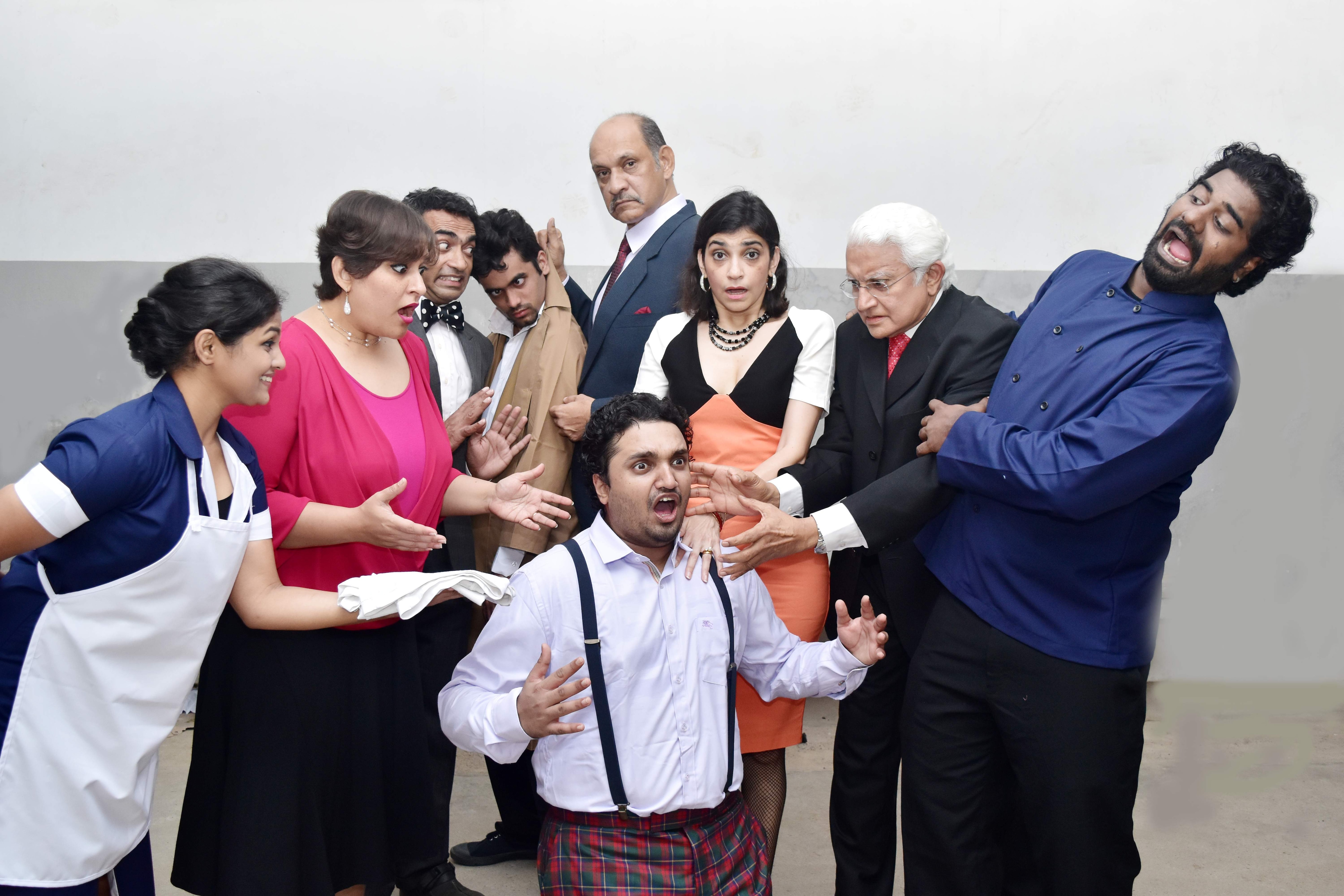 The protagonist of Out of Order is a junior minister, who is developing an affair with the secretary of the opposition party’s leader. The plot revolves around how he is willing to lie his way out of situations and goes on to put the blame on someone else, in this case, his own secretary. Set in a hotel room, what starts as a straightforward story gets just about as complicated as it could, fairly soon. Featuring a team of ten members, the sitcom lasting 100 minutes will see familiar thespians such as  S Radhakrishnan, Yohan Chacko, Balaji K Moorthy, Prashanth Oliver, Ameera D’Costa (Nilakantan’s wife), among others.

Having held rehearsals for the past for five weeks, Nilakantan says to cast someone in his play, the most important thing is that the actor has to physically look the part. “If you look the part, making you do the role is not that difficult. I have to be able to identify you with a particular character. As far as this play is concerned, I have been working with these actors for so many years so I kind of knew which character will work for who. There are actors who are playing multiple roles as well,” he shares, adding that he hopes to take the play to other cities as well.