City-based theatre artiste Varun Aiyer has always been known to explore the unexplored, as the multi-disciplinarian has shown in his previous performances on stage. Since directing his first play, Man And Awakening, in 2002, he has gone on to perform alongside the likes of top theatre stalwarts like Gowri Ramnarayan and groups like The Madras Players, besides conducting yoga workshops. This time, Varun dives into the subject of sexuality, in a solo play titled Twilight Quagmires, performed with city-based group Theatre Nisha. Inspired by Eve Ensler’s 1996 play, The Vagina Monologues, Varun’s latest production is an insight into the mind of a man who is trying to break the shackles and explore his sexual orientation.

“If one wishes to think of this performance piece as a story, then this is the story of a creature that bears resemblance to what we know as a ‘man’ but which wishes to discover what it means to transform into beings that are not just ‘man’,” Varun explains, adding, “In a world where women are abused, harassed and killed, transgenders are considered blasphemous, homosexuality is a crime, courts are still finding their way through their male-centric conditioning, and equality is some strange constitutional requirement of panels of judicial and government officials, this ‘creature’ waits from twilight to twilight to discover what it means to go beyond ‘man’.” 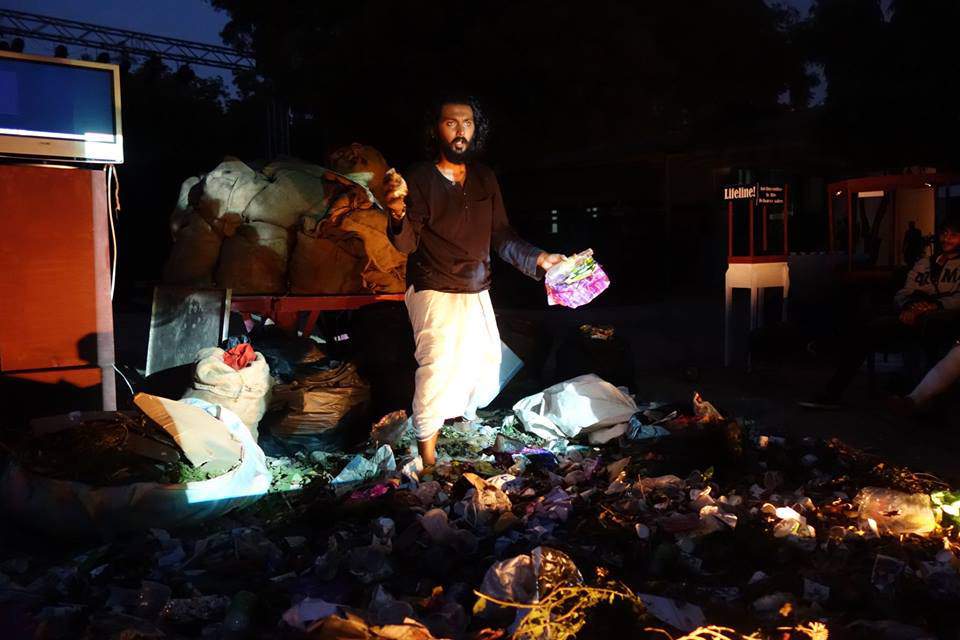 With a majority of the play presented through the Japanese dance form of butoh, the play also features select dialogues from The Vagina Monologues. “Butoh, in Japanese, is the ‘dance of darkness’. It is a post-Second World War dance form and technique that was evolved by Tatsumi Hijikata and Kazuo Ono as a response to the oppressive notions of refinement and beauty that had defined performance at the time. Butoh takes from traditional forms, while simultaneously breaking through them to discover a dance that is deeply subconscious,” Varun explains, adding that the play is open to anyone who is interested in butoh and also Eve’s work, plus physical and dance theatre.

Talking about the title of the play, Varun tries to bring a correlation between the literal and the reality. “A quagmire is an intensely dangerous, marshy area of land-water that can hold and suck one into itself. In my eyes, we all live perennially within quagmires of umpteen kinds. So many of them are economic, political, cultural and social,” he reflects. Following the play, there will also be a workshop conducted by him. “Gender lies at the heart of every performance. Each participant will attempt to make a short piece on this theme in just under four hours,” he says, adding that the aim is to use audio, visuals and the senses to discover the true sense of gender.

At The Book Office, Adyar. January 12. 7.30 pm. And at Kalarigram, Pondicherry, as a part of the Tantrotsave Festival next month.