There’s certainly no dearth of content from Indian stand-up comedians — specials, podcasts, vlogs — that can be streamed across multiple OTT platforms, yet it’s the funny women who are taking over the microphone (and the spotlight) that are worth the attention. As Netflix makes a bid to tell female-centric stories, their latest original titled Ladies Up, an all-women stand-up special, is the light-hearted candour that one needs — especially following the release of the streaming site’s #Metoo drama Guilty, and the underworld cop thriller She. 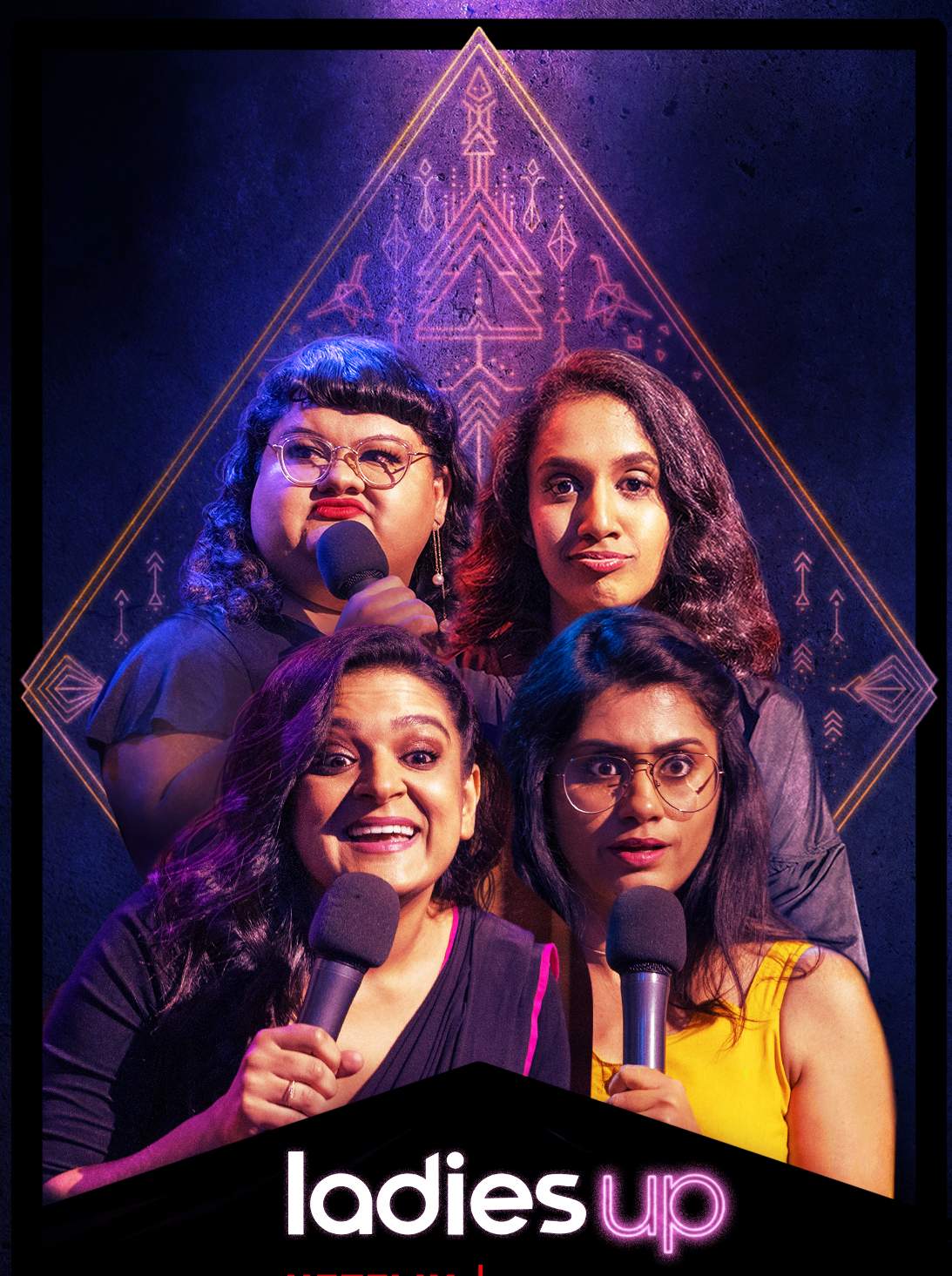 Four times the charm
Presented as a series of 15-minute episodes, the special that features Prashasti Singh, Kaneez Surka, Supriya Joshi and Niveditha Prakasam tackles various issues from navigating online dating and divorce to dealing with image issues and self-loathing. And the best part? The unexpected political punchlines.
“Fifteen minutes is a lot of time, especially when it is your first attempt at stand-up. This is just the kind of platform you need to get ready to write that one-hour special,” offers Kaneez, a seasoned name in comedic circles known for her improv skills. However, the Mumbai-based comedian is not the only one attempting to make a mark among her male counterparts. Ladies Up is also the first time that Prashasti Singh — who made her debut on Comicstaan — is presenting a set in a non-competitive setting. “Comicstaan and Queens of Comedy, both of which were competitive shows, wasn’t too very different from being on the set of Ladies Up. Sure, things aren’t as stressful. Over the course of preparation for this show, I think, we have formed solid friendships,” she says. 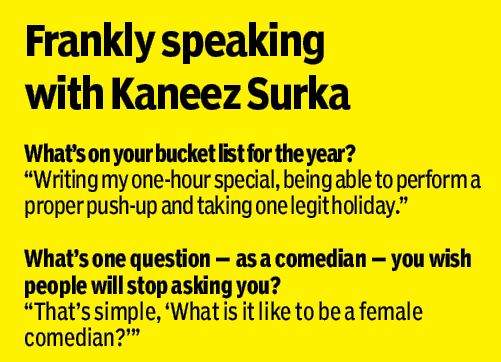 Personality test
Incorporating a style of physical theatre into her performance, Kaneez’s 15-minute nugget is a slice-of-life escapade. Titled, It’s Kaneez, Let Her Do, the episode explores stories from her formative years in South Africa, migrant experience in India and dating as a divorcee in Mumbai — each segment tied to the other by relatable segues like cows, chai and motherhood. “We Indians love a good story, and that is the format I have built upon. My set has bits of comedy, drama and emotionality. It is true that this narrative technique has found many takers recently — perhaps, it has to do with how typical these situations are.”

Peppered with anecdotes from her life, Prashasti’s style of self-deprecating humour is a self-defence mechanism, we learn. “Even if I am telling you a story about consent or casual sex, I always put myself at the centre of it... the joke always lands on me.” Delving into a premise based on her dating life — something the audience has come to expect of the comedian who hails from UP — the 32-year-old divulges that her set includes some of the oldest jokes that were written at the beginning of her stand-up career. “The first seven minutes contains newer material, while for the second half, I restructured and tightened some of my older jokes.” Girl squad
While the release of Ladies Up does come at a time when male comics in the Indian circuit are on to the second and third installments of full-length specials, Kaneez says, “Tokenism or not, it is still a start. And it’s certainly a great time for women in the scene.” Prashasti concurs, “It is a  great first step towards hopefully seeing more women comics on streaming.”

Ladies Up is streaming on Netflix.