The 2012 Nirbhaya rape case shook the nation. Protests against rape and rapists broke out in the country soon after the incident, and it even made headlines in the West. The general consensus was that India is not safe for women. In the backdrop of these developments, far away in Sweden, actor and director Bjorn Dahlman was unsettled by the reports and how India was being portrayed to the world. “The news captured India like never before. What was being reported wasn’t untrue, but how it was written, and what was written is what bothered us,” says Spatica Ramanujam, artistic director, MukhaMugam. Discussions with her friend Bjorn in early 2013 led to the idea of working on Colour Correction, a play about how Indian women are perceived by the world.

Top stories
“The Western media’s viewpoint was quite obvious. There was a strong agenda to show how Western countries practised gender equality and India didn’t. But I believe sexual violence is the same all over the world, it defines patriarchy. We realised this play was very urgent and must talk about all that was happening,”offers Bjorn, who is the director of the play.

A collaboration between MukhaMugam (from India), Bananteatern and Bonthrop (both from Sweden) led to the creation of Colour Correction that was staged as a work-in-progress play for a small group of people in Mumbai in 2014. It toured Sweden between 2017-18 and now it comes to India and will be staged in Bengaluru for a few weeks.

The narrative follows Sheila Raman who wants to be a Bollywood actress. Through Sheila’s story, the play explores different prejudices and ideas that the world has about Indian women. “The play follows a linear structure but we are breaking the fourth wall with a meta layer, which means there is a play within a play. We have also used the Brechtian technique where the character steps out of his / her role and questions whatever’s happening,” explains Spatica. 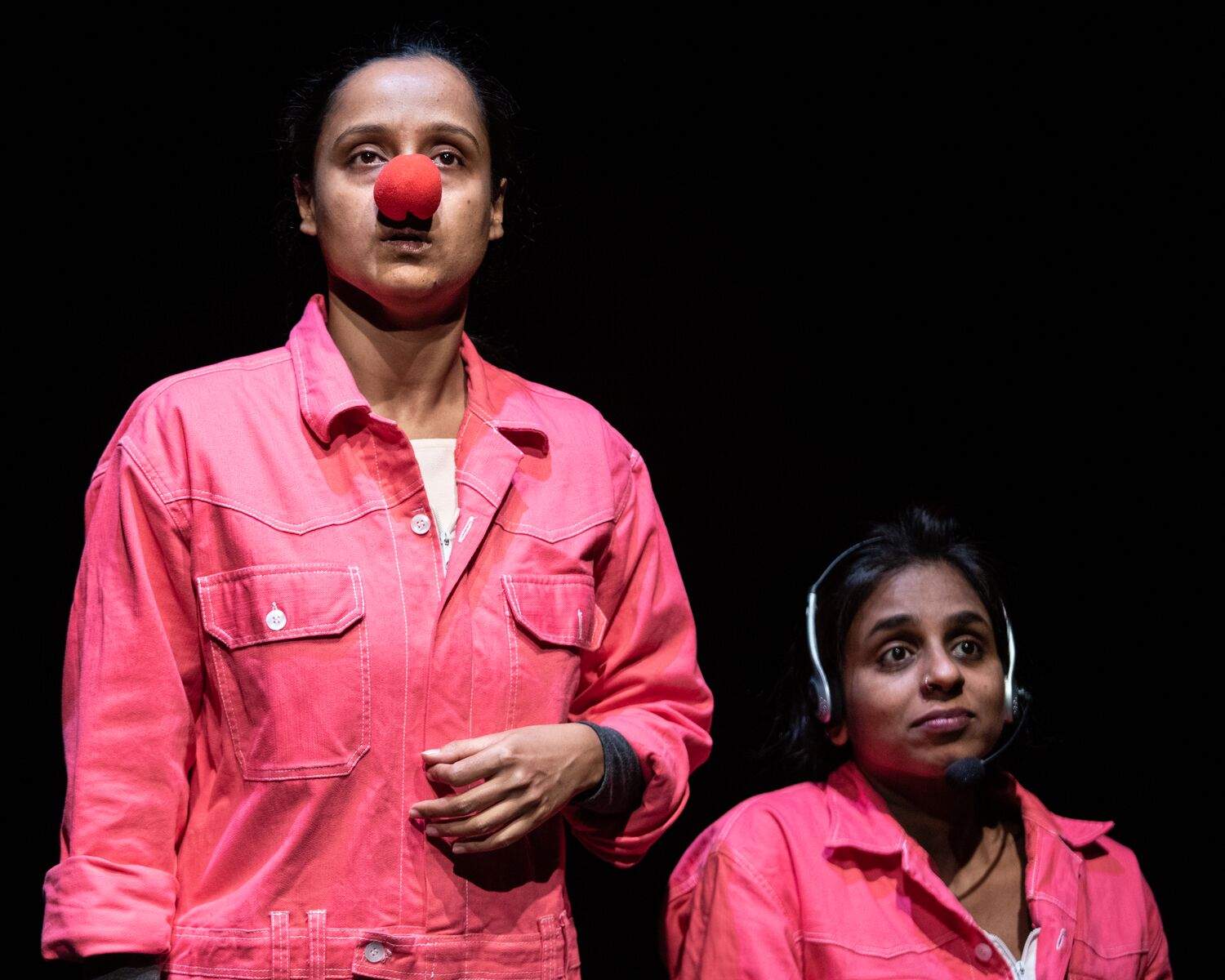 Staying objective
The story also includes two other characters — David and Riya Sharma. David is a director who comes to India to work on a play and he represents the role of a Westerner with a stereotypical view of India. Riya portrays multiple characters in the play and the plays within. Essentially, the stories offer different points of view.

When asked why it was named Colour Correction, Bjorn says, “If you look at it from the media’s standpoint, colour correction is a reference to edited stories. Stories that are made to look nice but aren’t completely true. In the play, it is a direct reference to Sheila’s dark skin. Her pictures have to be colour corrected to make her a star. Intersectionality is used as a tool in the play,” explains Bjorn. Essentially, the narrative presents all these points of view using absurdity and comedy. The director concludes saying, “We don’t have answers. We are just putting out all the perspectives equally and next to each other so that the audience understand the whole spectrum.”