Young Sheldon: Growing up with a little genius 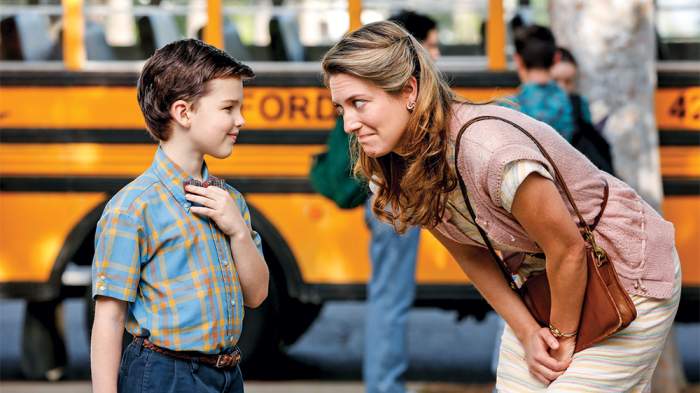 How similar or not was your childhood to the young Sheldon who’s next to you?
Jim Parsons: Mine was completely different. I was not an overly bright child. I was mediocre, and I just didn’t befuddle my parents. That came much later, with my sexuality.

What do you bring to the table on the show as a producer?
Jim Parsons: Oh, very little. I feel like when we made the pilot, two main things happened: The first was that I was able to interact with Iain a lot, and discuss things that are peculiar to this character.
And whether it was lines or moments in general or Sheldon’s take on the world, it’s an interesting topic for us to go over, together. Through that, though, I have to tell you that it was a very moving
experience for me — to see something that I’ve put in a decade of my life toward. In the same way that we’re mining the writing for what they’ve been putting in for those ten years, it was very
moving for me to see this machine take off, that’s related to all that. And I just never felt in ten years that we were actually working on the big show. You don’t think that you’re putting together these kinds of things that are going to add up to something like this.  And to see it come back like that is very exciting. Okay.  Keep going. Your first meeting with Iain: A, how did that go? B, what was your first impression of him? And we’ll leave C open.
Iain Armitage: This is going to be good.
Jim Parsons: No! Yeah, it will be good. It’s nothing but good. My first meeting was when — after we had seen the audition, he was invited — Chuck, Steve and I met in Chuck’s office with him and his mother, Lee, and I felt very quiet because I didn’t know what... This is very new, to see actors on the other side of anything — for me, even a young actor. I’m always like, I don’t want to get in their way in a weird way.  So I kind of felt huddled in the corner of the couch for a while, and Iain just came in and was just like the way he is, which is very open and receptive, and excited to see people.  And he talked with us. Then we went over, and we recorded him on video in a more official way to send, I guess, to CBS or whatever it was.
Chuck Lorre: Yes.
JP: And he was wonderful. I do remember what you were wearing — you had on these great, kind of, Doc Marten boots.  I think you had on maroon pants.
IA: I did, yeah.
JP: And then it just took off from there.  He’s obviously very easy to talk to, and we have a lot more in common now, than I would have had at the same age as him. We are friends now, but I’m 40 something. I wasn’t mature enough when I was nine.

For Raegan and Montana, how were you cast in these parts, and what is it like to play Sheldon’s brother and his sister?
Montana Jordan: It’s great.  It’s a new character from the ground up, and it’s great to work with him.
Raegan Revord: It’s like, the greatest thing that has ever happened to me in my entire young life. And Zoe and Montana and Lance and Iain — everyone on this cast is so nice!

This question is for Zoe. We’re really curious. The way you are channelling your mother is uncanny. You sound just like her.  But is that a tricky thing as an actress?  Because you want to make the character your own, but you’re being asked to play the younger version of your actual mom.
Zoe Perry: Well, genetics do a lot for me.  This is my voice. Certain mannerisms just come with the territory. On knowing I was going to audition for this, I re-watched all the episodes she was in, because I wanted to be sure I was in the same ballpark as her.
But I think what’s so wonderful and a privilege to play Mary Cooper at this age is that we don’t know her at that stage of her life yet. So I think it provides me a little bit of flexibility. And also, the kids are so much younger, and my approach is different with them at that age. 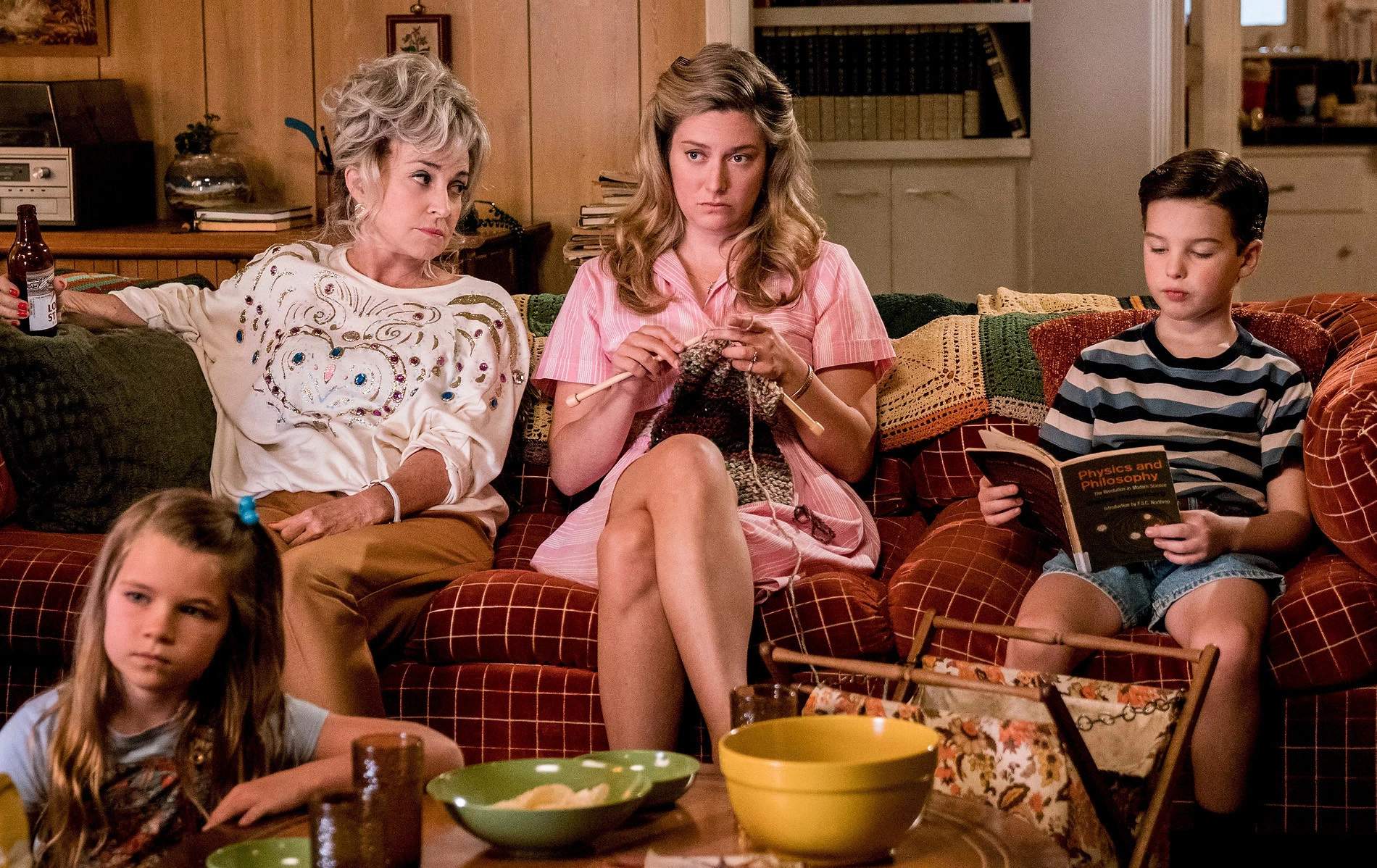 As producers, tell us about casting Zoe and whether this is an example of something that’s so obvious you have to do it or something that’s so obvious you shouldn’t do it?
Chuck Lorre: I can say that I saw a talented woman — well, no.  I worked on Roseanne 27 years ago. So Zoe used to run around the stage with the other kid. What were you?  Four or five years old?
ZP: Yeah.
CL: So it was pretty clear that there was a spectacular actress waiting there. But when she came in to read for the part of Mary, again, we were flabbergasted. It was like, this is beyond good luck, to have an actress who is of this calibre and has clearly mastered her craft, but also has the sensibilities that we’ve come to see Laurie do for years, on The Big Bang Theory. So it was a tremendous piece of good luck for the show!

Young Sheldon airs every Friday, at 9 pm, on Comedy Central and is also available on Amazon Prime Video.