The Amazon Warrior: A chat with Katheryn Winnick

In a male-dominated cast, each with challenging roles, Canadian actress Katheryn Winnick plays Lagertha, a shield-maiden and one-time wife of the legendary Viking hero, Ragnar Lodbrok. Best known for her roles in films like Amusement (2008), Bones (2010) and The Art of Steal (2013), the 39-year-old actress of Ukrainian descent trained in martial arts as a child, something that helped her negotiate all the Scandinavian folklore and mythology in Vikings, as she gets down to slaying enemies in a battlefield. The role, which demands strenuous levels of physical and emotional effort, was very fulfilling for her as an actor, says Katheryn in an exclusive interaction. 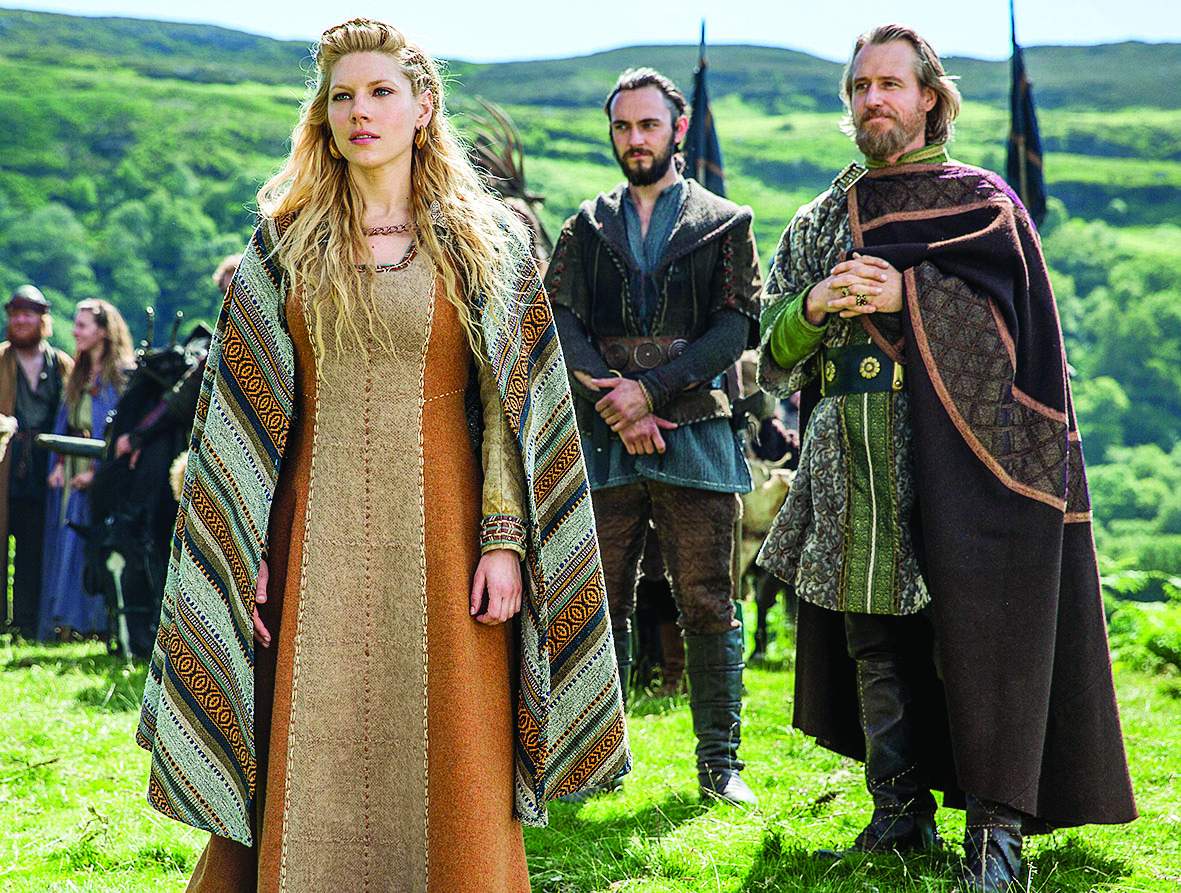 How did you prepare for the role of Queen Lagertha?
I’ve been preparing for the role for a long time, and evolving constantly every season. When I first got the role, I grew over the virtue of the shield-maiden role and there was no information online. And now when I search for it, I get more information of how she was created and a factfinder of how she succeeded. I also did a research on how women of that period were actually warriors among the Vikings, and these were all women with the highest regard. So that’s not only for the show, but also to prepare myself emotionally, and what I believe in as an actor.

Queen Lagertha is called the most exciting feminist characters on TV.
I am honoured by that. It’s an incredible statement and quote for my character. I feel that there is a shift in strong lead characters written for television, opening up doors for young girls, and shows in which women can actually stand up for themselves and play strong characters. There is a distinct shift for such stronger roles, and hopefully, this is the beginning. There should be more good content of that kind out there.

A little insight into the thought process that the queen goes through in the story, and your feelings about it?
When you watch all the seasons chronologically, one after the other, you will observe the emotional journey throughout. Being a young mother, a loving wife and a warrior fighting in the field for herself, and being physically abused by her second husband and becoming a queen in her own life and finding the respect she deserves. As an actor, I’ve been challenged emotionally over the years, but I’m also happy because I got a chance to explore this character.

What is it about Viking history that is just so compelling? What is it about the series that keeps the youth and audience glued to the television?
Vikings has a strong influence in exploring the lands all around the world, and there is a part of the Vikings in all of us. In a way, the Vikings discovered the whole of North America, and its culture, and portrayed it through its characters on-screen. It’s a combination of a family drama, history and action, more importantly a story that is compelling and active to watch by restoring a lot of information from the past with good actors. And this is what makes it relevant, even to present-day audiences.

Vikings airs every Monday to Friday at 10 pm on AXN