An exclusive interview with Michael Fassbender for Assasin's Creed

Playing young Erik in the X-Men series did wonders for Michael Fassbender, catapulting him into superstar status. His work in films like Inglourious Bastards, Hunger and the X-Men series gained him a huge fan following. Now, with his next film The Snowman set to release shortly, Indulge spoke with the London-based actor about his role in the sci-fi adventure film Assassin’s Creed, directed by Justin Kurzel, which premieres on TV this weekend.

Share a bit of history with your connection with the Assassin’s Creed game and how everything started to flow.
I didn’t really know anything about it until I met the guys from Ubisoft, and they started to explain this whole world of Assassin’s Creed. They started at the beginning with the Ancients and how they were a superior race to us and how they used human beings as slaves, and then the humans started to outnumber them and they rose up against them and rebelled, and they were the Assassins. And the human faction that supported the ancients were the Templars.
That was the backdrop. The first two Assassins were Adam and Eve. They chose to pluck the Apple in the Garden of Eden, and in doing so, they attacked the Ancients who then disappeared into the ether and broke up into molecules, and they plan to return once all the artifacts are obtained by the Templars. So not only are the Assassins there to protect free will, they’re also there to ensure the artifacts don’t get in the hands of the Templars. The artifact we’re dealing with in this film is the Apple of Eden. 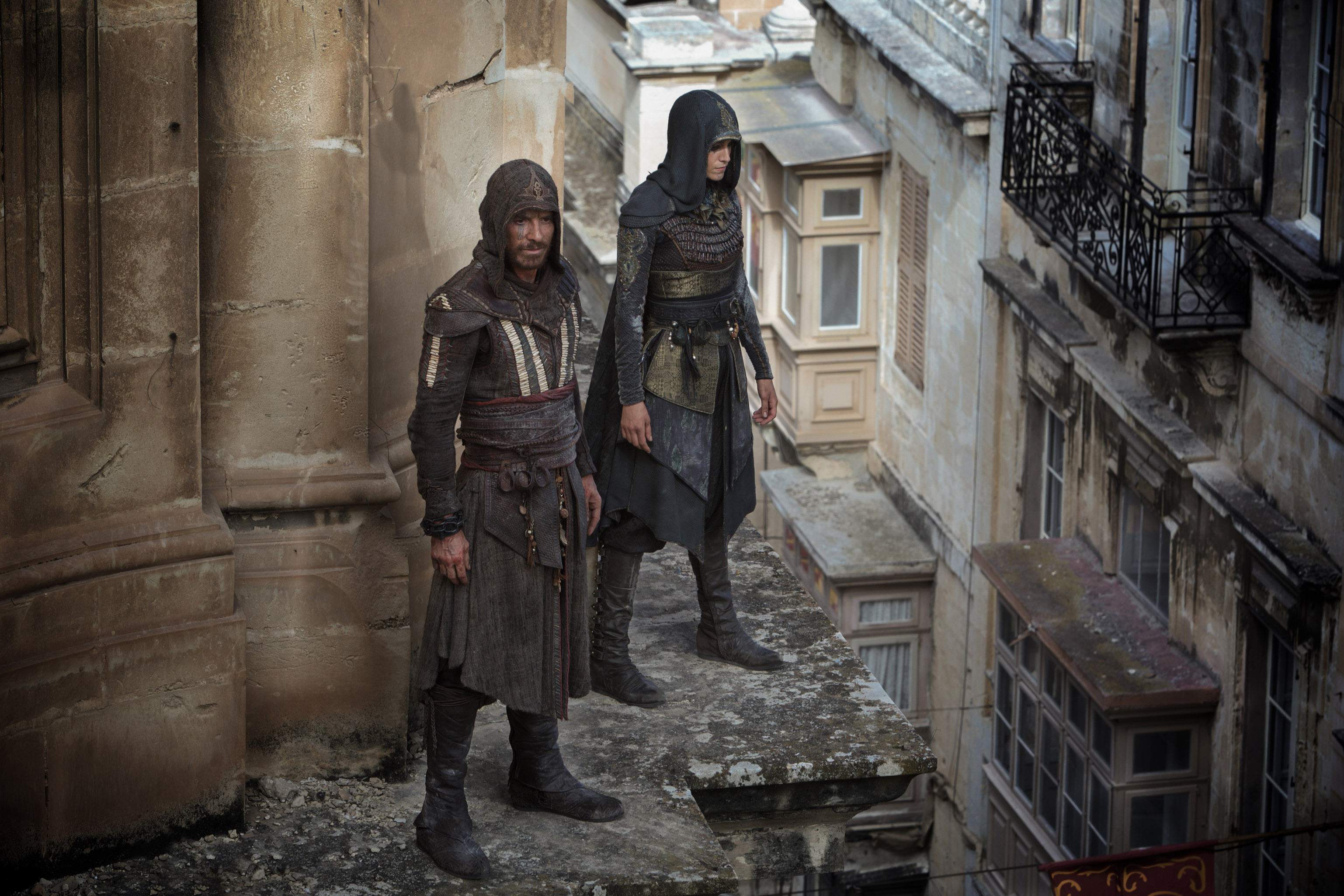 What do you think about the character played by Marion Cotillard?
Sofia Rikken (Marion’s character) is the most dangerous sort of Templar, because she believes that she’s doing good. It’s like a colonist coming to a new land and seeing the natives there and saying, “Oh, my God. Look how they let the children run around, and they’re uneducated and uncivilised. We need to take the children away and teach them our ways.” Of course, the intentions are well-placed, but the results are disastrous, and what’s interesting about Sofia Rikken is that she’s an idealist. It’s that idea of benign control, you know? We want to get rid of violence, but we’re using violence to get you into
the machine.

As far as the action sequences and stunts go, how did you fare?
When we talked about it, we wanted to do as much as possible because it was on real locations with real people. It wasn’t going to be in a studio with a green screen. We were doing it for real in the old-school way, so we needed to do as much as we could.

Do you feel there are things you can do with Callum Lynch as a character in a film that you couldn’t do if you were a character in a video game?
You know, I played the video game, but for example, in the game, the character sits in the (time machine-like) Animus chair and bang, that’s the next (level) — it’s all about the regression. And we needed to introduce Callum and have a correlation between him and Aguilar. Also, the concept of genetic memory was something that really caught all of our attention, of how we can learn from
our ancestors.
So the two characters work in parallel — with what the art department came up with, and the actual experience of being in the Animus.In the video game, it’s just a guy sitting in a chair, you know? Which is fine, but we wanted to have Cal experiencing physically what is happening to Aguilar in the past. At one point, one of the ideas was to be in some form of liquid, like a womb-type scenario. Then came the questions — how are we going to get across the concept of DNA memory? And the artifacts? Again, what is the Templars’ point of view and the Assassins’ point of view. We felt it was a good place to do that in present time and allow that world to be an origin story. 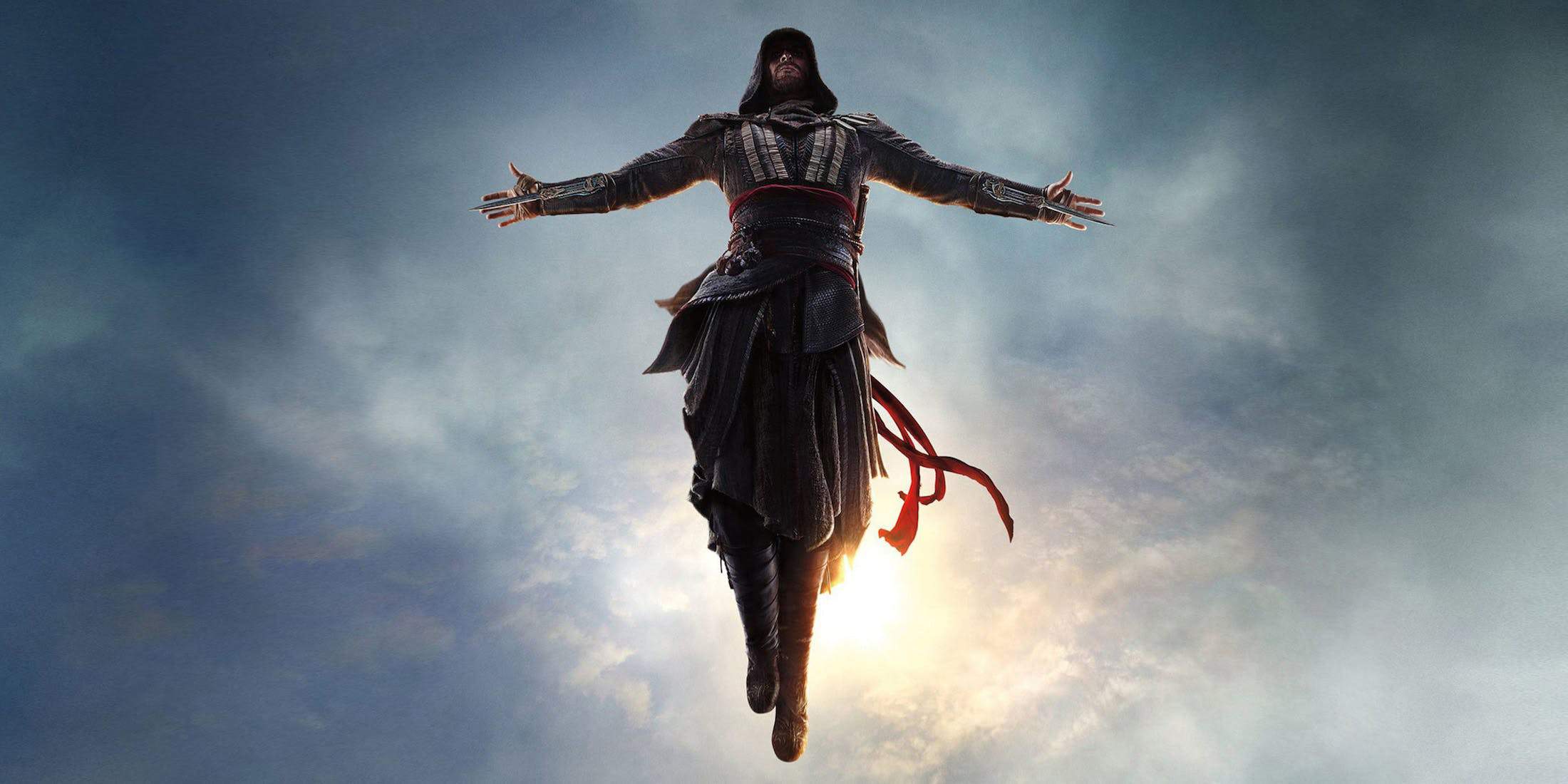 The two characters you play are connected by blood, but one of them, Callum, lives the memories of his ancestors, so they’re closer in a way. For you playing them, what were the things you kept separate to distinguish one from the other?

Well, they look similar, so that was pretty good, though they’re actually very different. That was the thing we were trying to focus on. The idea was of a Spaghetti Western sort of Clint Eastwood character in the past who doesn’t speak much. He expresses himself through his actions, and he’s also very clear about what his motivations are, that he’s willing to sacrifice himself for the cause, and Cal is really the antithesis of that. He’s somebody who had to look after himself from a young age, so he has become quite cynical. Definitely distrusting. He’s a lone wolf. He doesn’t believe in sacrificing himself or anything else rather than just self-preservation.So it’s only through his experience in the Animus and seeing the world through Aguilar’s eyes that he realises he belongs to something. He has a lineage to this brotherhood. He’s a classic reluctant hero. But he’s also a very proactive leader as opposed to the Assassins, who for years have been avoiding and hiding. It’s this kind of education that we wanted to develop this story.

Tell us about virtual reality, as the Animus is an extreme version of VR.
I think it’s great. It’s going to change the whole medium of film. I think, in five years’ time, it will be a different experience going to the cinema. Perhaps, it will be a hybrid between a game and a viewing experience, which will be interactive. It will be more about entering universes as opposed to following a plotline.