Nathan Fillion is the voice behind Sterling in Cars 3, and this is what he says about his character

For most of us, the name Nathan Fillion is associated with only one show — Castle, where he plays Richard Castle, a mystery novelist who helps the NYPD solve crimes. The Canadian-American actor, who started off on TV with shows like One Life to Live (1996), Two Guys, A Girl, and a Pizza Place (1998) and Firefly (2002), went on to pursue a career in films (Saving Private Ryan, Percy Jackson: Sea of Monsters). The 47-year-old, who is also an accomplished voice-over artiste, was the man behind Sterling, the executive coupe who becomes Lightning McQueen’s sponsor in Cars 3. Excerpts from a conversation with the actor, who will be seen in the TV show, The Rookie, next.

What is your understanding of Sterling?
Sterling is a guy who believes that he’s doing something right and that’s something we can all get behind. He’s not a moustache-twirling villain. He has a plot to dominate the world and he’s doing what it takes to protect his investment. He’s trying to protect Lightning McQueen, his brand. I think there’s a line between charming and skeevy. Charming people care and skeevy ones don’t, that’s the difference. 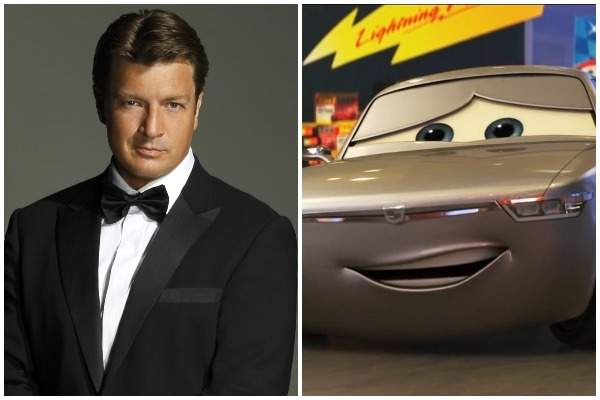 How different is it voicing a character from playing one in front of the camera?
For the screen, your entire body is your instrument... where you look, when you gesture, how you gesture, if you use your hands or not. With voice-overs, you are putting in your 100 per cent in your voice and the delivery. Then you have to trust that someone else is going to do the heavy lifting.

What was it like working with the production house?
First of all, I’ll do anything that Pixar makes. I love anything animated and Pixar is doing everything right. They are going to give you a great story. There’s something really good about it that is physics of Cars, in our cars world. The CGI-animation anything can happen but they really do something true and wonderful with the physics of animation. I also love how they morph our world into the car world. What is the car equivalent of something in our world, you’d think! I love what they come up with.

What are your thoughts on the animation used in the film?
Their animation game is strong. They will bring you beautiful drawings so real, you will feel that they are airbrushed.  It is finished product stuff. They go really deep with their research. Like they would never say “This would be that kind of car”. The guy who designed the Audi TT designed Sterling. They really dig deep and bring the right people to do the right job.