Everything's fishy about Fishing Impossible, says the host of the show, Blowfish

If you thought fishing was just about sitting out there in the middle of the lake, in dead silence, waiting for a fish to take your bait, then these guys will prove you wrong. Blowfish (yes that’s his real name), Charlie Butcher and Jason Lewis are three best friends who love to fish, which eventually led to them documenting their adventures in a show, Fishing Impossible. After a successful first run, Fishing Impossible is back with its second season. We catch up with Blowfish, for an exclusive chat on the mystery behind his unique name, and the adventures of the three besties.

Marine biologist, scuba diver, author and wildlife expert are just a handful of things that Blowfish, aka Tom Hird, does. What is interesting is that he claims to be one of the only ‘heavy metal marine biologists’ in the world – in fact, in one of the episodes in South Africa, they use heavy metal music to attract a great white shark. “If you look at most things in the ocean from whales and sharks, there can only be one soundtrack. The fact behind it is the vibrations given by low-frequency noise, like heavy metal, mimic the vibrations that are given by an injured prey. So if you’ve got a fish in the water and it’s struggling, it will give off the same kind of vibrations that thrashing around and guitars will. It is an awesome example of how heavy metal and the oceans just come together,” he begins, adding that creatures in the ocean are “big fans of heavy metal.” 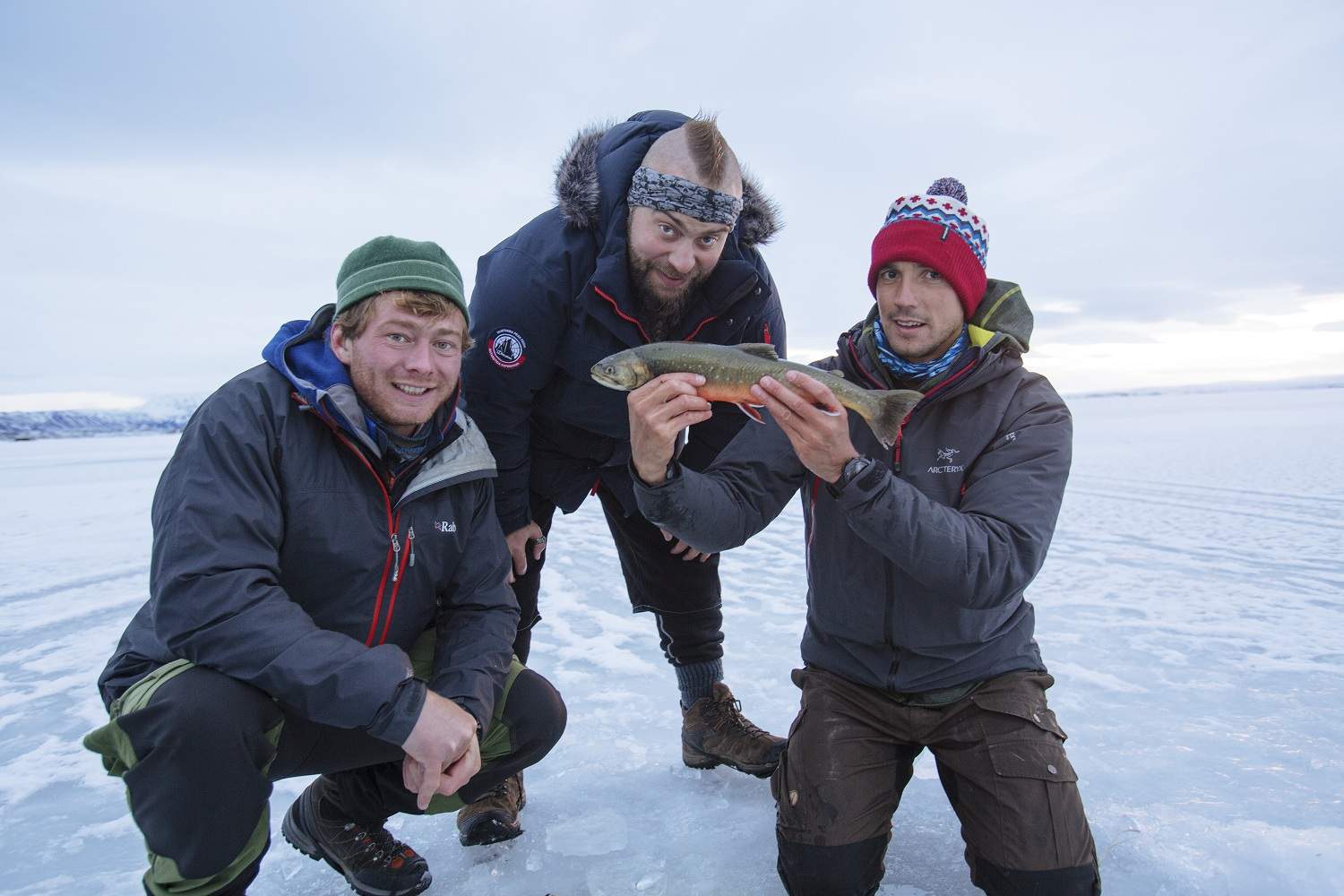 From pulling out tiny fish from rivers and fishing enormous cods in Norway to spotting sharks and squid, the boys have encountered plenty of fish in the sea, and their fishing techniques are as different as their personalities. Personally, Blowfish likes to fish with his bare hands. “I feel there is a better connection that way with the animal,” he explains, adding, “You are limited when you use your hand and strength. You, therefore, can’t catch anything too big but you’re never going to harm anything that shouldn’t be disturbed. You can also get a feel if the animal is thrashing around or goes limp in your hand you can quickly react and put it back in the water or provide it with the necessary resources that it needs. So that’s a really good way to be hands-on with the creature.”

The aim of the show,  Blowfish says, is to “give off the right image that you can go fishing and enjoy the environment without killing everything you catch,” he signs off.