The drama intensifies on Bigg Boss Tamil 3 as contestant Madhumitha attempts suicide, gets evicted from the show

The 'Saturday' episode of Bigg Boss Tamil Season 3, hosted by Kamal Haasan, opened on an ominous note. An announcement was made that one of the contestants Madhumitha was evicted owing to breaking the rules of the Bigg Boss house, by indulging in self-harm. This is the first time that the show began with the announcement of eviction on Saturday. As Madhumitha (who was recently elected Captain of the house) walked in, to talk to Kamal Haasan on stage, a white bandage on her left hand was definitely noticeable - indicating that there was some kind of physical harm caused to her. Only when the two began to converse, did the audience actually realise that the actress had tried to commit suicide in the house by cutting herself. And because she had violated one of the main rules of the house by doing so, she was automatically evicted.

Also during her conversation with Kamal, she claimed to have resorted to harming herself because she wanted to prove a point to the housemates in an argument over a controversial issue. She accused the housemates of ganging up against her, criticising her over discussing a "sensitive issue". She defended herself and added that she wanted to voice out her opinion about the issue, no matter the cost.

In her post-eviction speech, she only addressed Cheran and Kasthuri, urging them to win the show and ignored all the other housemates - a clear indication that her argument was with the others.

While the reason for this extreme step was not explained by the host or telecast in the subsequent episodes, Twitter has been rife with rumours. One of the viral posts floating around reads as follows: 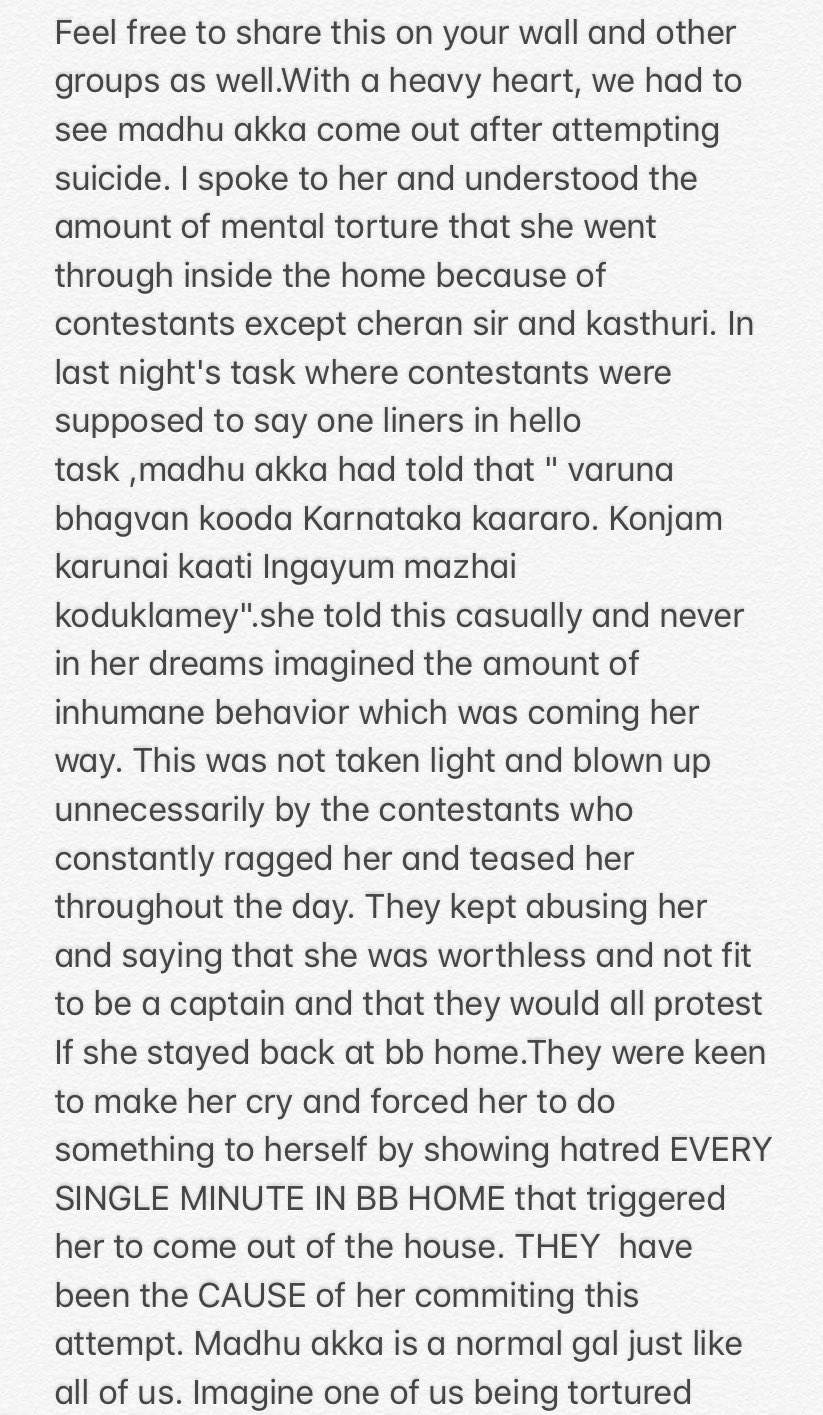 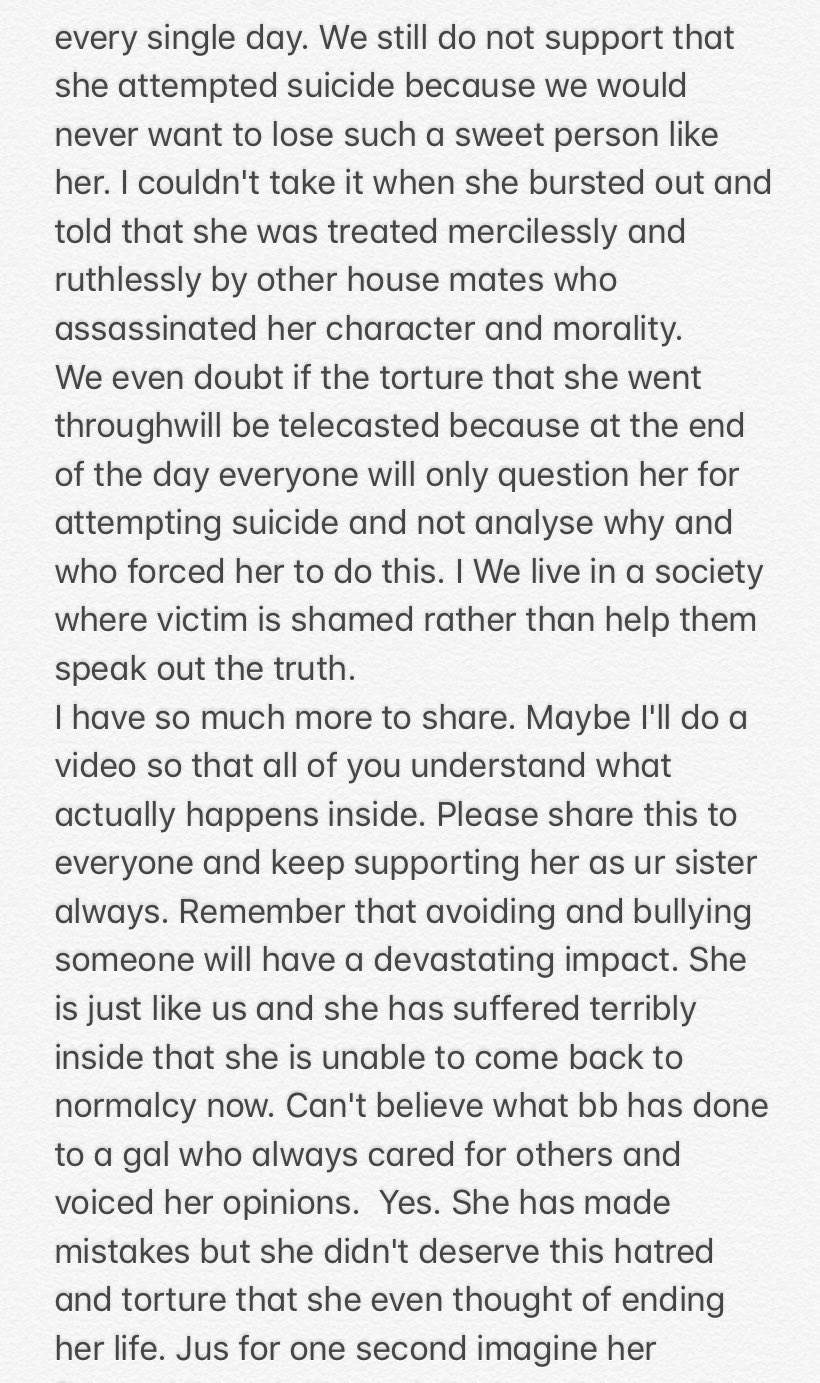 The telecasters (Star Vijay) meanwhile, has maintained stoic silence about the issue.