To celebrate Glastonbury going single-use plastic free for the first time in its 49-year history, inspired by the continued Blue Planet II effect, BBC Studios joined forces with festival organisers to celebrate the amazing work of its iconic Natural History Unit and globally launch its next blockbuster Seven Worlds, One Planet, which is set to premiere in India on Sony BBC Earth.

And in a surprise appearance in front of his biggest ever live audience, the show’s narrator, Sir David Attenborough, took to the legendary Pyramid stage yesterday on Sunday 30 June to introduce the world premiere of the new series’ curtain-raising prequel. 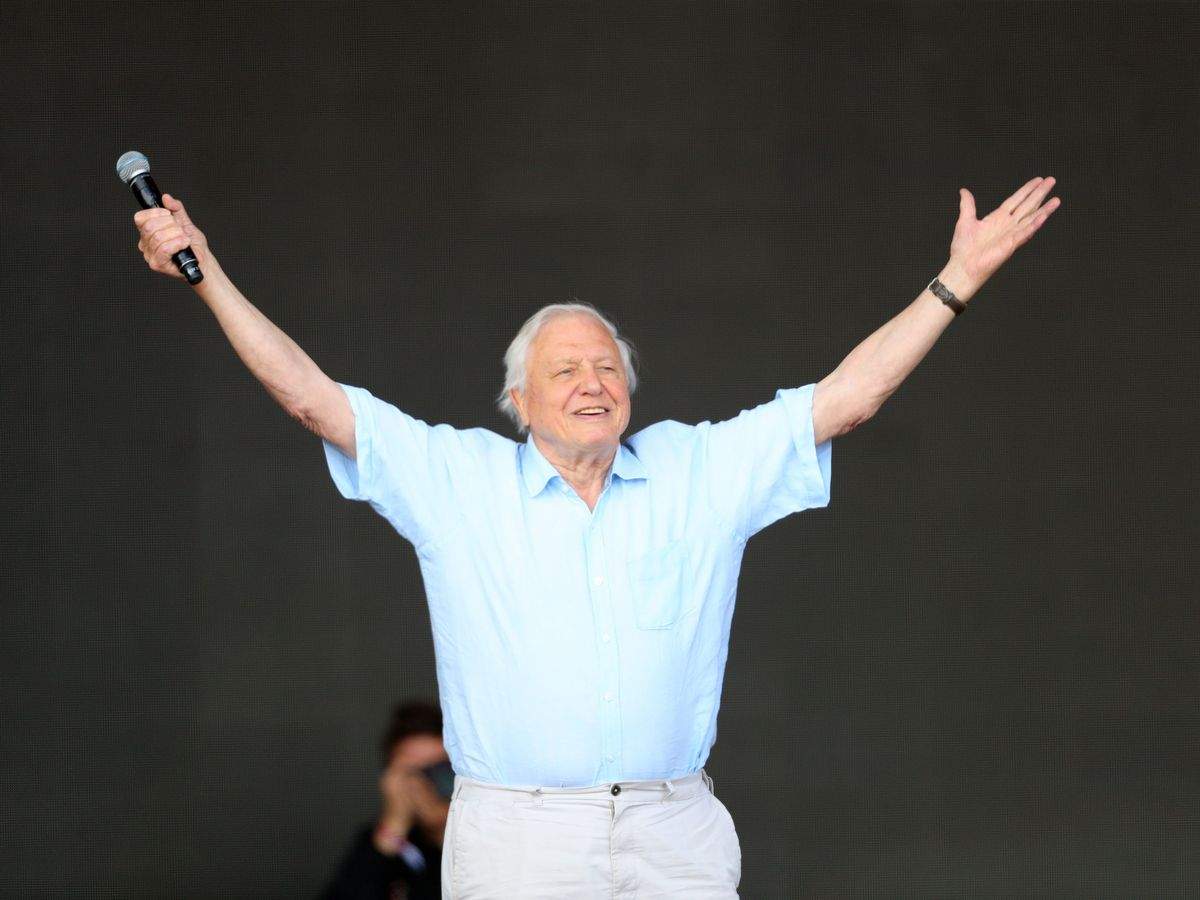 The Seven Worlds, One Planet prequel can be viewed here:

Sir David also revealed that the extended trailer features a tantalising collaboration between enigmatic Australian performer/songwriter Sia and legendary composer Hans Zimmer, who join forces on the original song ‘Out There’, that accompanies the prequel.

The Seven Worlds, One Planet prequel, showcasing the rich diversity of the earth’s continents, was also simultaneously broadcast globally in almost 50 countries on linear and digital platforms, providing international fans of BBC’s natural history shows with a first glimpse of the new show. As well as scenes from the seven-part landmark series, the prequel also features some exclusive additional footage.

Throughout the final day of Glastonbury, festival-goers have been immersed in the natural world with clips in between performances as well as a three-minute piece of footage celebrating the diversity of life on planet earth. The Worthy Farm faithful were also treated to a breath-taking natural soundscape set to ambient oceanic footage celebrating diversity in our oceans before the Seven Worlds, One Planet world exclusive. BBC Radio 1 also gave the song Out There its global radio debut on the Dev and Alice Show at the same time as the prequel played out to the Glastonbury attendees.

Sir David Attenborough, commented on the upcoming series by saying: “Seven Worlds, One Planet will resonate with audiences worldwide. We all belong to a continent after all, we all share planet earth. I am delighted to introduce the latest work from BBC Studios’ Natural History Unit.”

Sia commented: “I was honoured to be asked to collaborate with Hans Zimmer for Seven Worlds, One Planet. The work this programme - and the Planet Earth series - does on behalf of our planet is essential and I’m proud to be a part of it.”

Hans Zimmer says: “Sia is a real virtuoso and has a voice to match the power of her song writing. Out There is sublime and it was a joy for myself and the Bleeding Fingers team to bring it to life and give the Seven Worlds, One Planet prequel a soundtrack to complement the extraordinary imagery and voice of Sir David.”

Charlotte Moore, BBC’s Director of Content, added: “We’re delighted to give the Glastonbury audience the first look at the prequel for Seven Worlds, One Planet. This is going to be an extraordinary series for BBC One fronted by Sir David Attenborough. The combination of cutting edge technology and unique insights into animal behaviours will give us a new perspective on the natural world.”

The song, inspired by the Attenborough-fronted Planet Earth II series, was composed by Sia, Christopher Braide and Hans Zimmer, produced by Russell Emanuel, and arranged by Andrew Christie for Bleeding Fingers Music.