SAN DIEGO (AP) — Game of Thrones may be over but the cast can't seem to get away from stray coffee cups.

Maisie Williams, Nikolaj Coster-Waldau, Liam Cunningham, Isaac Hempstead Wright and others took the stage at San Diego Comic-Con Friday evening for a goodbye panel and found some waiting at their places.

It was a cheeky reference to the misplaced coffee cup that viewers spotted in an episode of the final season that subsequently went viral. Although the moderator didn't make them answer for the coffee, actor John Bradley did have to defend himself against the other out-of-place item in the finale: The water bottle by his foot. 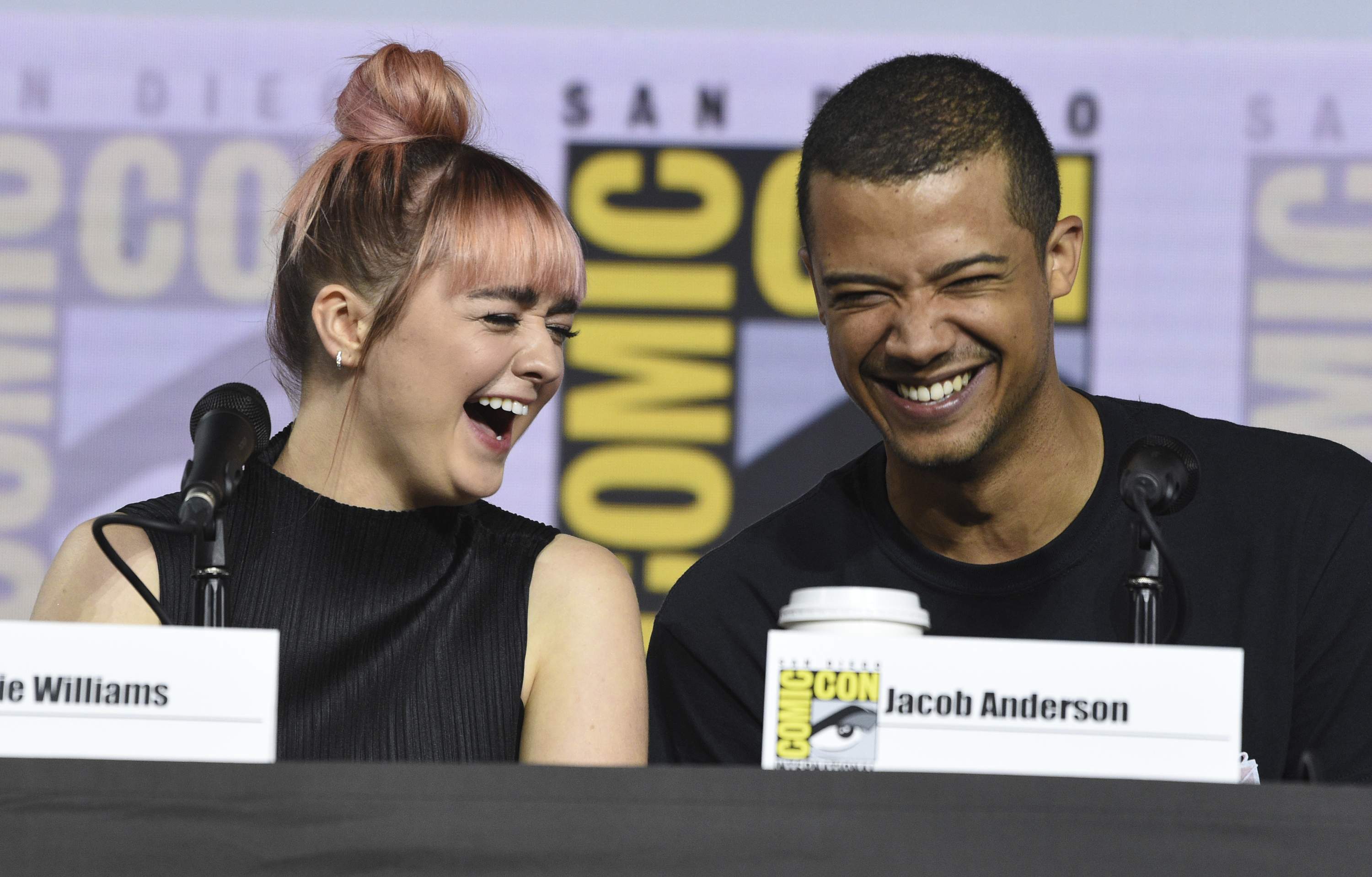 "I am right-handed. I've thought about this very strongly," Bradley said, making a case that he would have put the bottle on the other side if it was his. "I'm not trying to clear my name, but ... I think I've taken enough blame for this one."

The cast was in good spirits after years of attending Comic-Con and not being able to reveal anything at the panels. Finally, they were allowed to talk about things.

The big Hall H audience cheered to find out some of their favourite lines: Williams chose her own character's battle cry, "Not today," while Conleth Hill went for his co-star Peter Dinklage's, "I drink and I know things."

They also indulged in some fan theories, cleared up some burning questions and speculated about what happens after the finale.

Wright said that he can't imagine Bran's new government is a "barrel of laughs."

"Westeros is probably a surveillance state," he said.

But perhaps there is more fun happening on the new small council, according to Bradley.

"It basically turns into The Office," he said.

Cunningham posited that a spinoff could be called "Better Call Davos." As for Arya and her quest to go "west of Westeros," Williams said, "I'm sure she's having a wonderful time, like Dora the Explorer minus the bob."

And Jacob Anderson thinks Grey Worm is off starting a new society with "a Wakanda kind of vibe," referring to the world of Black Panther.

There was some discussion of the divisiveness of the eighth and final season, although likely not as much as there would have been had showrunners David Benioff and D.B. Weiss been in attendance as originally scheduled.

"Look at the amount of people here," Hill said, gesturing to the 8,000-some people in Hall H. "We're very grateful to your fandom over the years ... this is the reality as opposed to the media-led hate campaign."

Coster-Waldau said every season of "Game of Thrones" has been divisive in its own way, from Ned Stark's fate to the "Red Wedding."

Benioff and Weiss dropped off the schedule at the last minute, as did actors Iain Glen and Nathalie Emmanuel and director Miquel Sapochnik. Their absence was not addressed during the panel.

But everyone at Hall H seemed to be enjoying the victory lap. Earlier this week, Game of Thrones scored 32 Emmy nominations. It was a single year Primetime Emmy nomination record.

In addition to a best drama series nod, which the show has won four times, there were a handful of acting nominations for Kit Harington and Emilia Clarke in leading performances, Dinklage, Coster-Waldau, Alfie Allen, Lena Headey, Williams, Sophie Turner and Gwendoline Christie in supporting performances, and Carice van Houten as a guest star.

According to The Hollywood Reporter, Allen, Christie and van Houten all self-submitted for consideration, which involves paying a $225 entry fee,

Game of Thrones ended this past May after 8 seasons. Its finale brought in a series record 19.3 million viewers.