New on Netflix: Meet 'Hasmukh' Vir Das, a comedian who is also a killer

Vir Das is back on Netflix, but this time it's not just a special, the comedian is playing the title role in a web series called Hasmukh. The show follows an aspiring stand-up comedian who also ends up becoming a serial killer.

The show has been penned by Vir, and directed by Nikhil Gonsalves and produced by Nikkhil Advani.

In a statement, the producer said they are releasing this light-hearted, unique show to entertain people during these difficult times. This is what Nikkhil had to say: 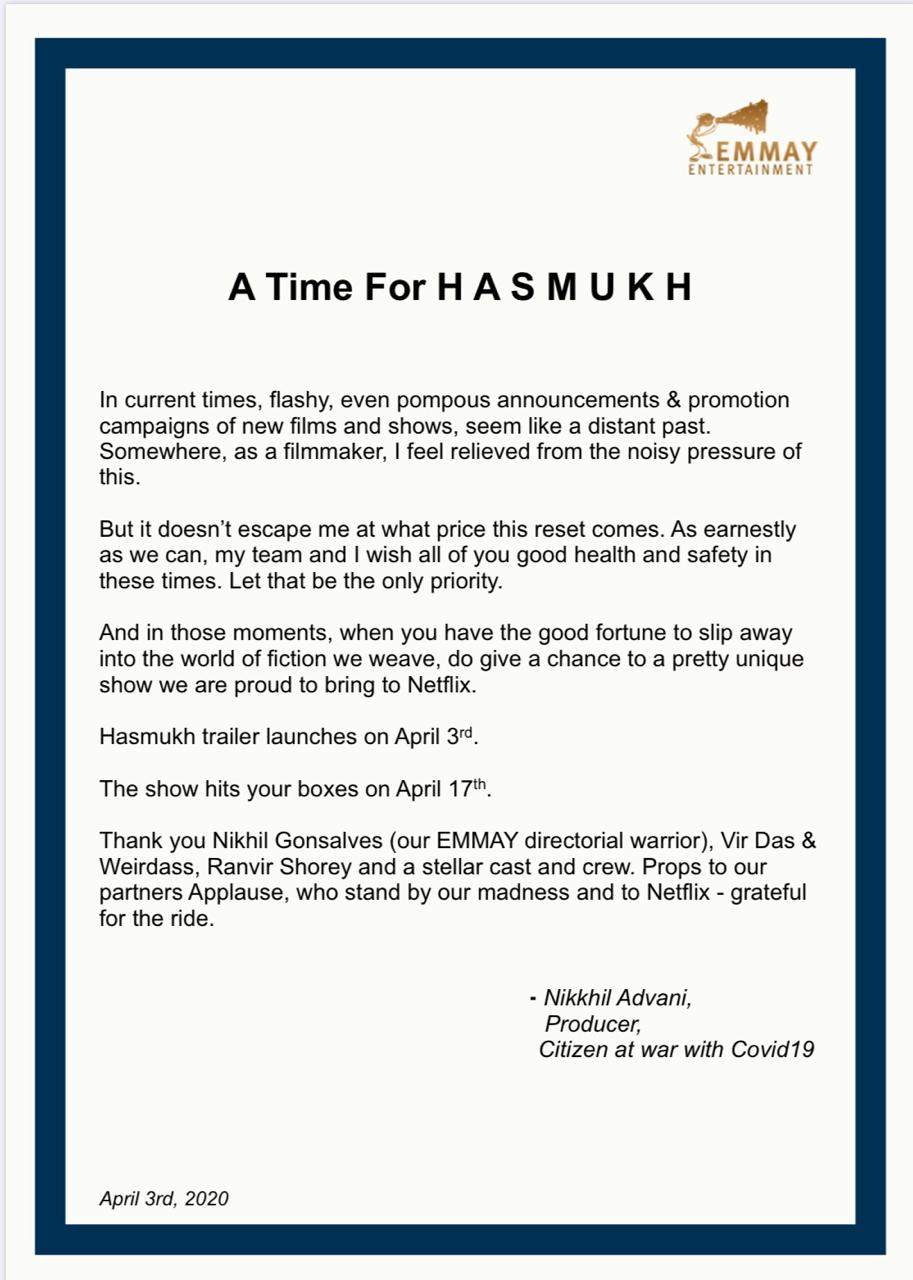 The show releases on April 17. Watch the trailer here: