Lockdown binge: Six epic, award-winning shows that should be on your must-watch list!

With the lockdown extended for another two weeks, until May 3 in India, it looks like most of us have more time to catch up on some of the epic, award-winning TV shows. But if you are wondering which one's to pick, here's a look at our list!

Game of Thrones
If you haven't ventured to the shores of Westeros yet, then now's your chance. Ignore all the naysayers who say that life is too hard and sad at the moment to get involved with Game of Thrones - this show is truly and purely an escapist fantasy. The show’s glory can be seen when you look at the long list of awards it has received – with a total of 160 Emmy nominations and 59 wins, this ground breaking series took home prizes for everything – from acting to editing to special effects and sound mixing! The show aired in India on Star World and is currently streaming on Disney+ Hotstar. Mad Men
A slow starter but totally worth it when you settle in. This time-period drama follows Don Draper, an ad man in '60s New York. The show takes you through his secrets, his colleagues, his women, his children, who help him discover himself and set his world alight. The show won four consecutive Emmys for Outstanding Drama Series. This show also marked the breakout of Elizabeth Moss, who starred as Peggy Olson, an unwitting feminist, and also received a Golden Globe and six Emmy nominations throughout the series. Watch this amazing show that's streaming on Netflix India. 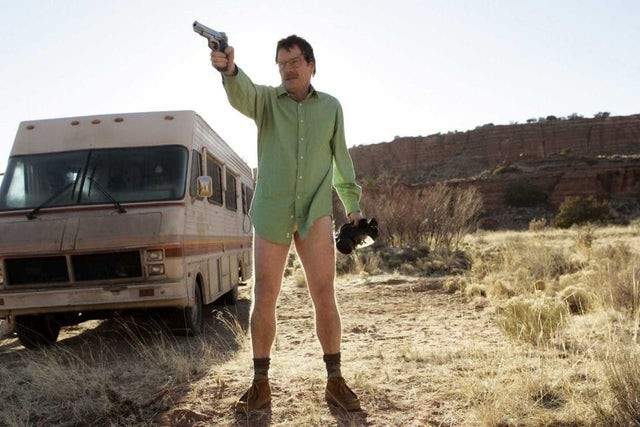 Breaking Bad
This show has been lauded as one of the best TV shows ever made. With multiple wins and nominations of Emmys, Golden Globes, the five thrilling, intense, funny, heart-wrenching, horrifying, and thoroughly satisfying seasons, makes up a true masterpiece of a TV show. Over the course of five years, Vince Gilligan and his friends created a compelling protagonist, a deeply flawed yet charismatic genius, Walter White. There is so much to this show. If you haven’t already watched it, go and check out what the hype is all about. It is streaming on Netflix India. 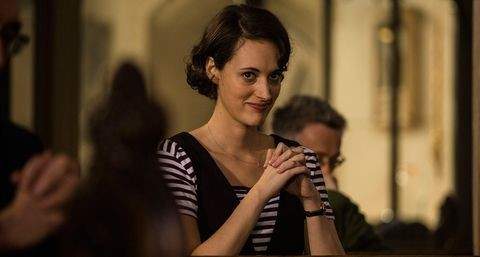 Fleabag
Want something that’s punchy, witty, emotional and sexy? With British accents and an attractive priest, comes Fleabag. This tragicomedy was one of the biggest shows of 2019, and follows a self-destructive, sex-obsessed young woman, as she deals with grief, loneliness, and faith in London. Phoebe Waller-Bridge, one of the biggest names in TV, written, starred and won big at the Emmys for the show. Phoebe, through her winning streak last year, even beat Julia Louis Dreyfus (Veep) when she took home three Emmys for one season, with big wins in the comedy genre. Watch this show streaming in India on Amazon Prime Video. The Walking Dead
The show is a bit gruesome but aren't our lives too? The zombie-bashing, heart-wrenching, adrenaline-boosting series is currently in season 10. This has received a massive cult following around the world.With plethora of awards and nominations in People’s Choice, Emmys, and Golden Globes, the epic saga about survival in a post-apocalyptic world has a brilliant storyline. Sort out your midnight binge craves and check out all seasons of the show currently airing in India on Star World every night from 11PM to 2AM!

Brooklyn Nine-Nine
B99 is one of the most uniquely fresh sitcoms on TV right now, and it has kept audiences entertained for six seasons! There’s the immature but lovable joker who has bromances with his best friend, the stuck-up woman who we grow to love, the one who was overweight but is now a fitness addict, the slightly terrifying wildcard. This show has been lauded in the comedy genre and received many wins and nominations in the Emmys and Golden Globes. At the heart of the show there's some warming testaments to friendship, love, and finding family all around you. And that’s exactly why B99 has managed to defy every sitcom stereotype while also doing exactly what a sitcom does – make you laugh, cry and fall in love with every character. You can watch this comedy airing in India on Comedy Central.