The primates are an intriguing group of animals. Fast, fearsome but also emotional and thoughtful, they are creatures of different shapes and sizes. From the gigantic gorillas to lithe lemurs, it’s believed that the monkeys and the humans share common ancestors, thus making it all the more fascinating to watch them go about their lives. Bringing viewers valuable insights into their behaviour, Primates, the BBC’s latest natural history docu-series (consisting of three 60-minute episodes), focuses on the primate family — the apes, the monkeys, lemurs, lorises and the smaller nocturnal primates. “This show is a portrait of the entire primate family. It’s the first time that the BBC has taken this entire animal family and done a complete portrayal of their behaviours, where they live, reasons why a lot of them are endangered along with a conservation message around how they need to be protected,” says Gavin Boyland, the series producer of Primates. The award-winning filmmaker,  who is the Head of Development in BBC’s Natural History Unit, has previously worked on the shows Nature (2014-2018), Big Cats (2018), Natural Born Hustlers (2016), among others. We speak to Gavin, who discusses the challenges of filming a show like this, how he prepared and what drew him to natural history storytelling. 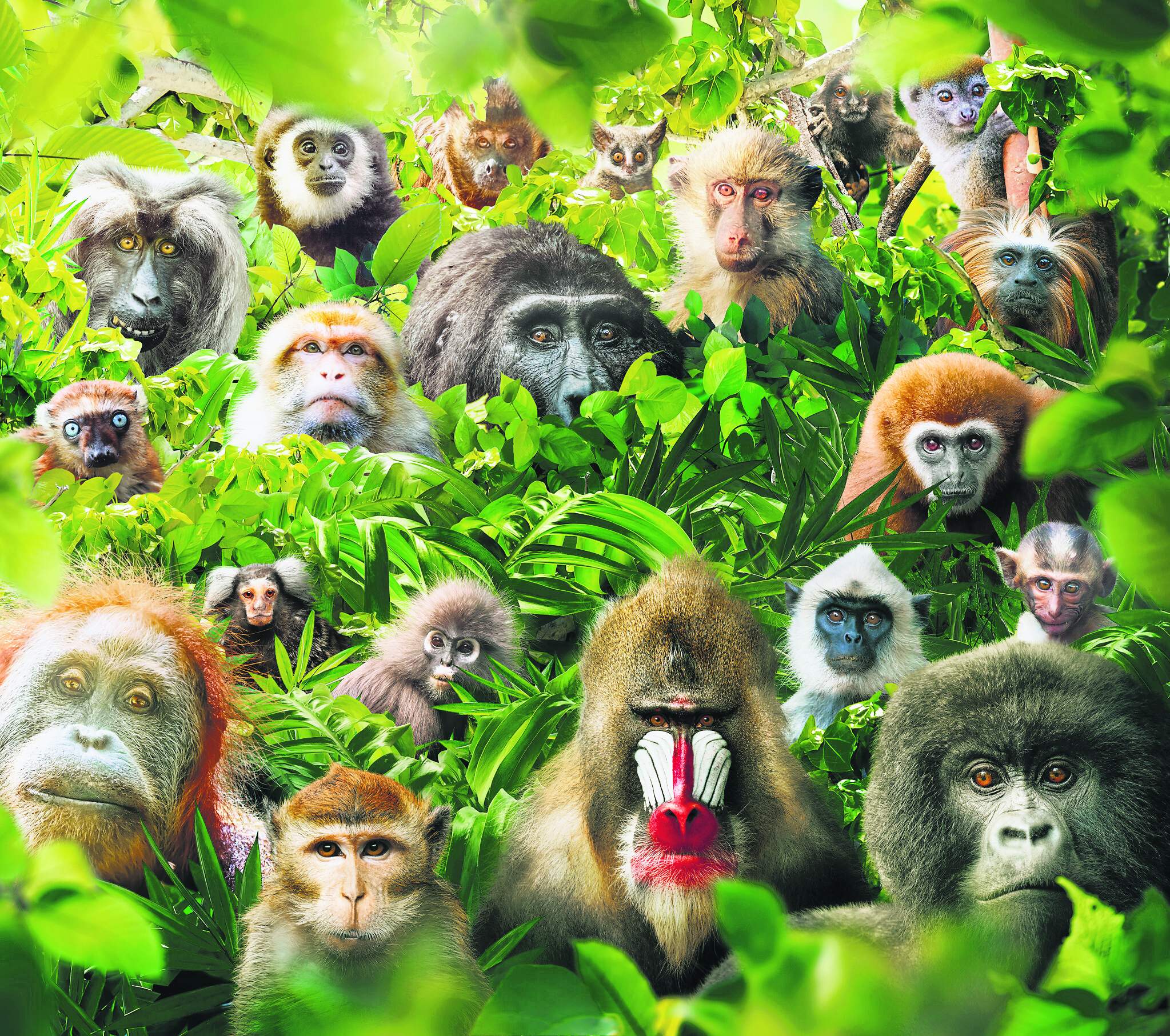 How is Primates different from the shows you have worked on before?
I’ve done a lot of natural history shows where we have looked at one particular animal family, like one with the big cats. With Primates, we really wanted to unpack what’s distinct about this family. The primates are famous for a number of reasons, for one, they’re very intelligent animals, they use tools, they settle and they’re very social. So there are lots of qualities going on amongst their groups. But I think what’s understood from this film is that they’re very adaptable animals. They live in a lot of different environments. You can find them in the snowy mountains in North Africa,  the deserts, jungles, islands — anywhere across the planet.

Could you share your favourite memory during the filming of the show?
There were some real challenges while filming Primates. One of the main things was that they live in the trees, so they’re always up in the canopy. And that really created some challenges for us to capture their behaviour because we wanted to get the shots of them in amongst canopy. We had to use different techniques —  one of our cameramen used rope access to get up into the trees, we had remote cameras that we could station and we also used a very long pole on which we could mount a camera, and that would help us shoot. But quite often, we just had to revert to filming them from the forest floor with the camera pointing up. So by the end of filming, all the directors and the cameramen had really stiff necks because we were constantly looking up into the trees to try and find the animals. Also, a lot of primates live in tropical forests. So we had to contend with downpours the whole time and try to protect our equipment. Like that, there were many reasons why it was a very complicated series to film.

Did you have to face any life-threatening situations during the filming?
No, we always make sure that safety is paramount for us. So we never consciously get ourselves into those sorts of situations. But there were a few incidents. For example, one of the directors was using some ropes to climb up a tree and out of nowhere, she felt a sting on her finger. Later, we got to know that she’s been stung by a scorpion. Then we had to get another climber to go up the tree on ropes to bring her down. So there were some incidents like that but those are just part and parcel of this sort
of filming.

Could you take us through the preparation that did before starting to film?
Normally, for a show like this, the first six months of the production will be based in our office in Bristol in the UK. What we do there is speak to lots of scientists, several field guides, camera operators, among others to really plan what we’re going to shoot, where we’re going to film it, what’s the best time of year to do it — all that. So, we were speaking to people constantly during that period. That enables us to make sure that we get the best moment to film particular behaviours and we will also know how to schedule the filming over the following year. So, there’s an awful lot of preparation that goes into the filming before we even leave and start the capture. 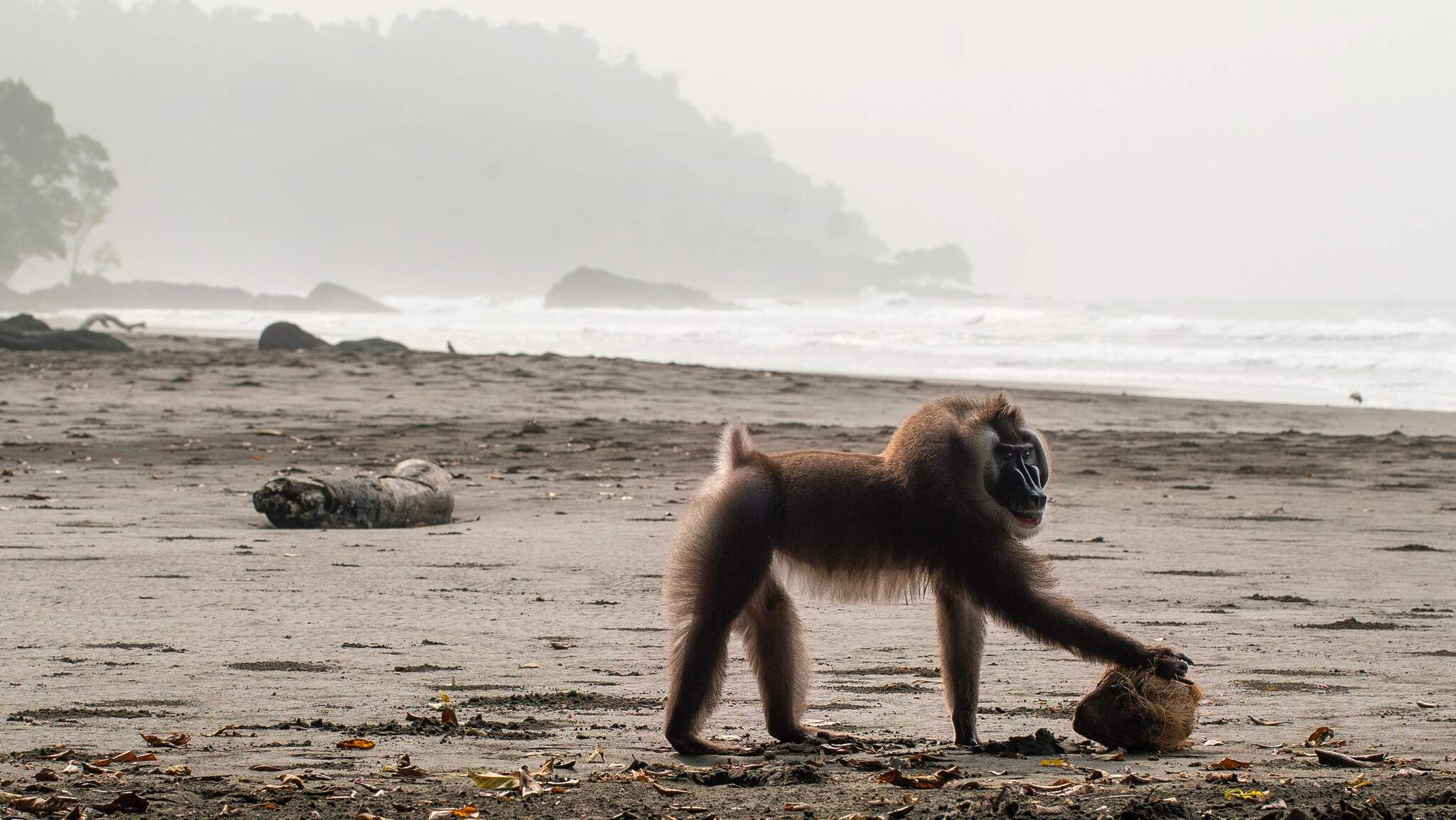 What drew you to natural history storytelling?
Growing up, I was always fascinated by wildlife in general. I was the sort of boy who would be running around the garden trying to collect insects, even from a very young age. Also, I studied zoology at university. Besides, I have always loved the programs by David Attenborough. One day, I just thought, ‘wouldn’t be amazing to actually be able to make these shows with David?’ Later, I ended up working at the BBC and I’ve never looked back since then. Now I dedicate my life to making these wildlife films.

What’s one other animal that you would like to study closely and why?
With this series on primates, there was a particular species of monkey that we were desperate to film. When we were in the planning stage, we wanted to try and find the extremes within the family. And there’s a monkey that lives in Central Africa, called the Patas Monkey — it’s the fastest monkey on four legs. There are some monkeys that are quicker in the tree, but the Patas is the fastest one on the ground. So, we wanted to film a sequence of the fastest monkey running around the savannas of Africa. And during that six-month-period, we looked at filming in every single reserve we could find, we spoke to almost all the experts who studied the Patas monkeys. But we literally could not find a place where there was a group of them who was used to seeing people around so that we could film. Therefore, in the end, we weren’t able to film the Patas Monkey.  So maybe in 10 years’ time, when we make a series on primates again, we will definitely go and film the Patas Monkey. That’s the one that got away! Lesser-known
We ask Gavin to tell us one popular misconception about the primates and he shares, “In one of the sequences that I directed for the show, we filmed the Silverback Mountain Gorillas. They are the largest of all the primates and have a reputation for being quite aggressive. But we actually got to film a really lovely story about a Silverback Gorilla who’s a caring and playful father. He had two young offspring and was always playing with them and tickling them. And it really showed a very different side to, I think, what we preconceived about what the Silverback Mountain Gorillas should be like.”