"Aarya has to use expletives in a scene, the self-assurance with which Sushmita delivered it, makes it memorable," says co-creator Sandeep Modi

Sushmita Sen's comeback series, Aarya, has left an indelible mark on the minds of the audience. The setting in Jaipur, the undercurrents of the drug business, and a woman paving her way through the labyrinthine politics of the underworld — all these factors have made Aarya one of the most popular shows to be released recently. Co-created by Ram Madhvani and Sandeep Modi, the series puts a woman as its main protagonist, and this too has worked in its favour.

“I am still trying to figure out what worked for the show. But yes, the response by Sushmita’s fan base to her comeback has definitely been one of the reasons for its success,” says Sandeep, who has also worked on innumerable award-winning TV commercials and has made the National Award-winning film (in the ‘Debut Marathi Language Feature Film’ category), Chumbak. Although Aarya is an adaptation of the Dutch drama series, Penoza, it has its own novelty. “We took the plot of Penoza and adapted it to Rajasthan. Just like how Vishal Bhardwaj adapts Shakespeare to Indian settings,” explains Sandeep. Ram and Sandeep have worked on many ad films, and the latter even assisted the former on Neerja. From making 30-second commercials to a full-fledged, nine-episode web series, Sandeep says, it has been an interesting journey. 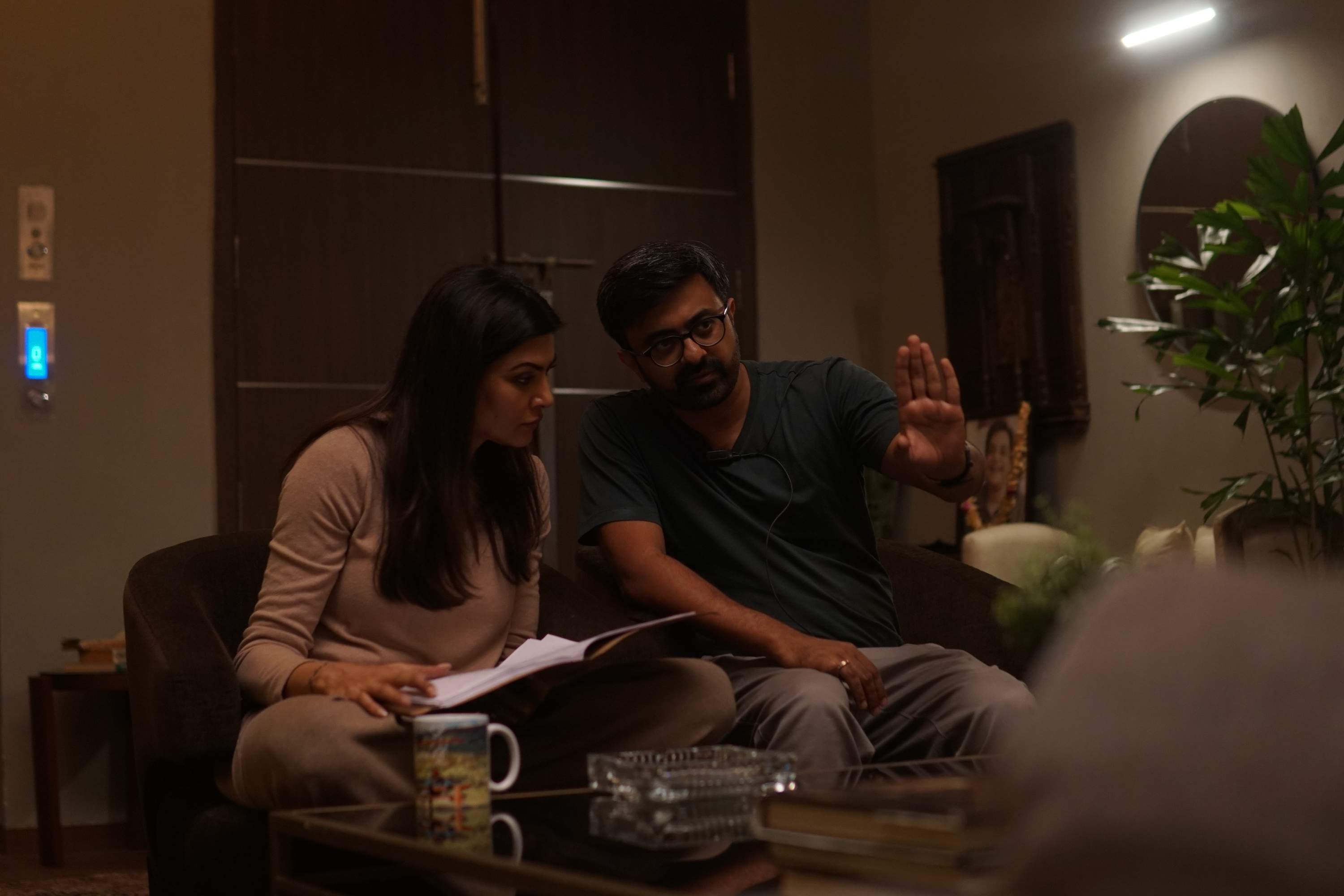 “When you make a film, you know that the audience will be captive in a cinema hall for three hours. But with web series, you need to ensure your story is engaging enough that it rises above the pressure cooker whistle from the kitchen, to keep the audience hooked. Making a long-format series for an OTT platform also comes with its own laws, you kind of allow everyone’s thoughts to come through the show. But in an ad, you control everything from the colour of the wall to the lights,” he says. Aarya is also a redeeming show for Sushmita who was missing in action for nearly a decade. The beauty queen-turned-actress owns the show as she aces the title role. Sandeep reveals that Ram had always had Sushmita in mind for Aarya and the actress lent some boldness to the character, adding a different layer to it. “There’s a scene in which Aarya has to use an expletive to get her job done. You don’t expect a woman like her to use such words, but the self-assurance with which Sushmita delivered it, makes the scene a memorable one,” enthuses Sandeep.

While still basking in the success of Aarya, he is also looking forward to the digital release of Chumbak that tells the story of two individuals — a dementia patient, and a young man working at a restaurant who tries to con the former. With so many ads, an award-winning film and a successful web series in his portfolio, Sandeep thinks he is more of a storyteller than just a filmmaker. “Now I can say, I am also a story-enabler because I feel I can help tell stories from different points of view,” he signs off.