Weekend guide: 20 thrillers on OTT platforms that will leave you at the edge of your seat

Isn't a thriller like a gripping book? It keeps you glued to the screen and something that is just ideal to watch on OTT platforms. If you are in a mood to spend this weekend with thrillers, we have a list of series and films that will keep you guessing right till the end:

1. Paatal Lok: The recently released Amazon Original show Paatal Lok has been the talk of the town since its launch. From Mumbai police’s quirky tweets to B-town’s celebs appreciating the story, the show has acquired a separate fan base across audiences. The show intends to unfold like an epic – a story that captures India's messy, contradictory realities which makes it a perfect psychological thriller that will keep you at the edge of your seat. (Streams on Amazon Prime Video)

2. Special Ops: When a set of R&AW officials are asked to create an audit report of Himmat Singh’s "miscellaneous" expenses, a nineteen-year-old theory finally sees a glimmer of light. (Streams on Disney+ Hotstar VIP)

3. Asur: A unique crime thriller that pits 2 opposing worlds against each other. The less explored, intricate world of forensic science and the deep mysticism of Indian Mythology.  Asur compels you to wonder, whether evil is born or nurtured. (Streams on Voot Select)

4. Black Mirror: A video game transforms a longtime friendship, a hostage crisis unfolds over social media, and a girl forms an unhealthy bond with a robot doll. This British science fiction anthology series created by Charlie Brooker and Annabel Jones examines modern-day society, particularly with regard to the unanticipated consequences of new technology. Black Mirror revolves around a group of people's personal lives and how technology manipulates their behaviour. Already on its 5th season, the show will continue to make you want for more! (Streams on Netflix)

5. Mirzapur: Starring Pankaj Tripathi, Ali Fazal, Vikrant Massey, Divyendu Sharma, Rasika Dugal and Shweta Tripathi, Mirzapur captures the nexus between crime and politics. A shocking incident at a wedding procession ignites a series of events entangling the lives of two families in the lawless city of Mirzapur. It is yet another edgy thriller which will keep you hooked till the end. (Streams on Amazon Prime Video) 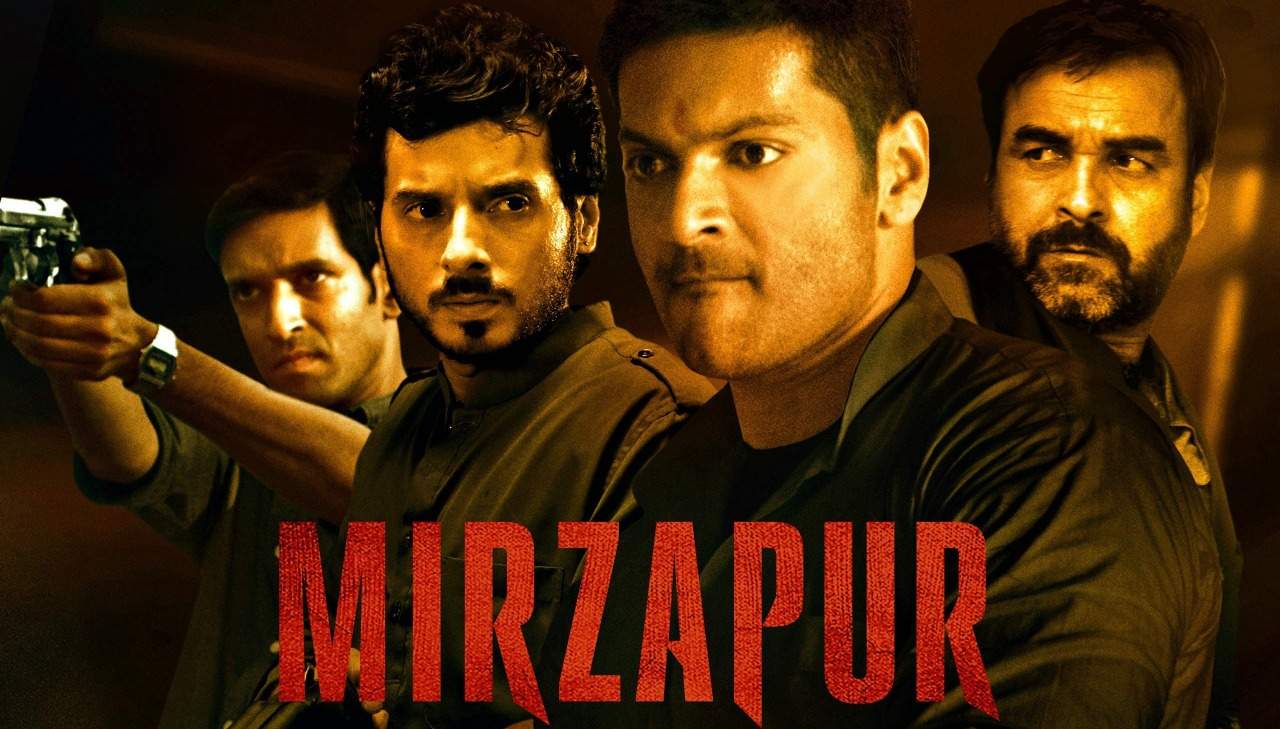 6. Criminal Justice: Driving his family's cab for one night, Aditya picks up a young woman, Sanaya, and ends up spending the evening with her. After a night of sex and drugs, he wakes up to find her stabbed to death but has no recollection of what happened. Suitable only for 15 years and over. (Streams on Disney+ Hotstar VIP)

7. Delhi Crime: As Delhi reels in the aftermath of a gangrape, DCP VartikaChaturvedi leads a painstaking search for the culprits. Delhi Crime is an Indian crime drama series written and directed by Richie Mehta, starring Shefali Shah, Rasika Dugal, Adil Hussain and Rajesh Tailang. It's a fictionalised series based on the case files of the Delhi Police who arrested the six perpetrators of the gangrape within five days. (Streams on Netflix)

8. The Family Man: An edgy action-drama series, which tells the story of a middle-class man who working for a special cell of the National Investigation Agency. While he tries to protect the nation from terrorists, he also has to protect his family from the impact of his secretive, high-pressure, and low paying job. (Streams on Amazon Prime Video)

9. Sacred Games: Based on Vikram Chandra's 2006 novel, Sacred Games is a show set in Mumbai, where police officer Sartaj Singh receives an anonymous tip about the location of criminal overlord Ganesh Gaitonde. Sartaj embarks on a chase around Mumbai in what becomes a dangerous cat-and-mouse game where, amidst the chaos, trappings of a corrupt underworld are revealed. After being removed from the Gaitonde case, Singh begins his own investigation as he works to save Mumbai from impending doom. (Streams on Netflix) 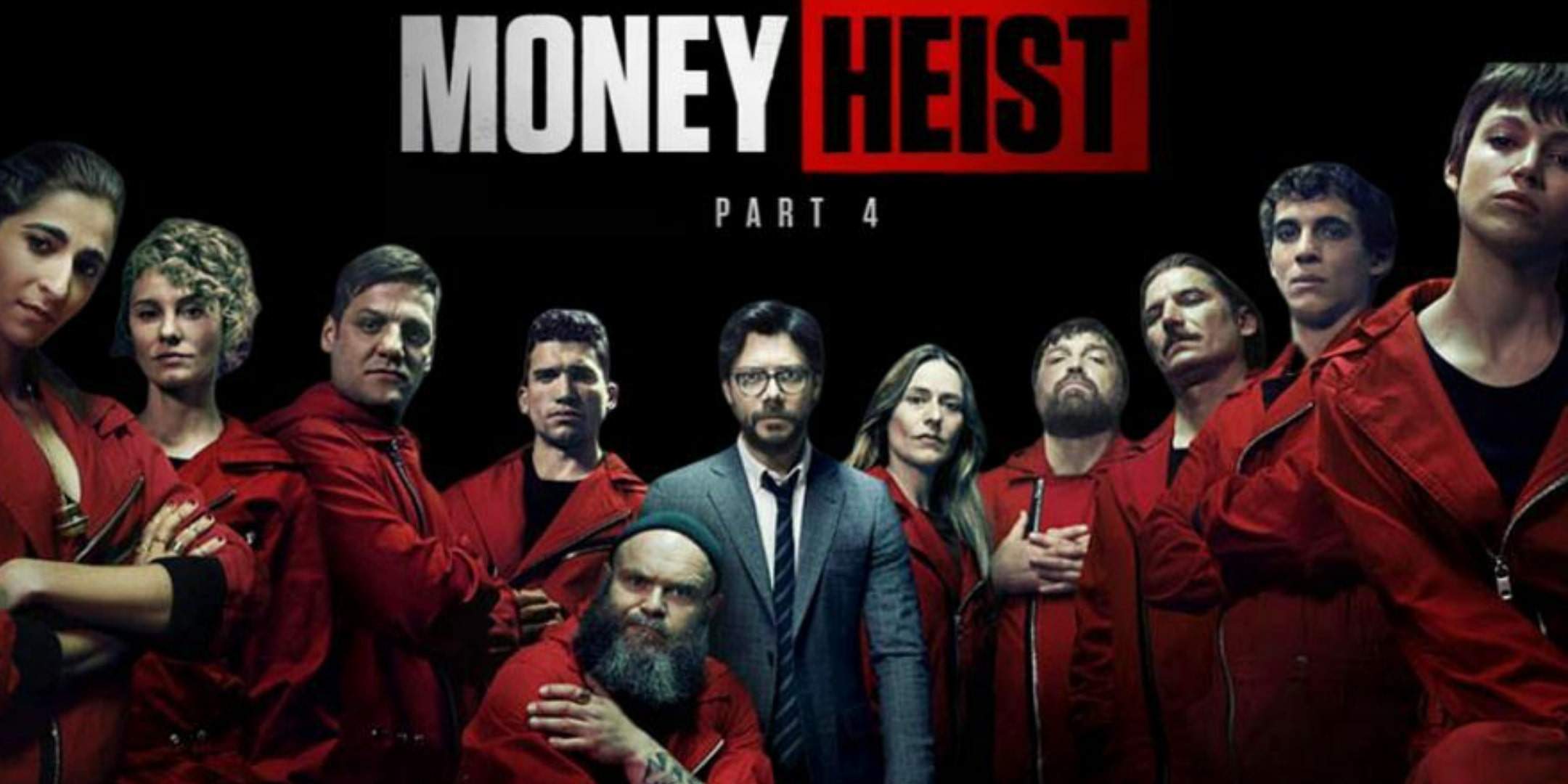 10. La Casa de Papel/ Money Heist: A criminal mastermind who goes by ‘The Professor’ has a plan to pull off the biggest heist in recorded history - to print billions of Euros in the Royal Mint of Spain. To help him carry out this might ambitious plan, he recruits a group of eight thieves with specific abilities and who have nothing to lose. Just when you think that everything’s heading south for the group, always remember, The Professor always has a plan... (Streams on Netflix.

11. Athiran: Kannan Nair, a psychiatrist, is tasked with inspecting a mysterious hospital. However, once there, he is not prepared to experience the horrors ahead. (Streams on Disney + Hotstar)

12. A Wednesday!: Prakash Rathod, a retired police commissioner recounts the most memorable case of his career wherein he was informed about a bomb scare in Mumbai by an ordinary commoner. (Streams on Netflix)

13. Breathe: Breathe is an Indian drama that explores the lives of ordinary men faced with extraordinary circumstances. Kabir (Sadh), a brilliant but non-conventional officer of the Crime Branch, puts the pieces together of seemingly unconnected deaths of organ donors that lead up to an unlikely suspect - the affable Danny (Madhavan). This series just asks one question - how far will you go to protect the one you love. Two desperate and driven men must engage in the ultimate cat and mouse game to save the one they love. (Streams on Amazon Prime Video) 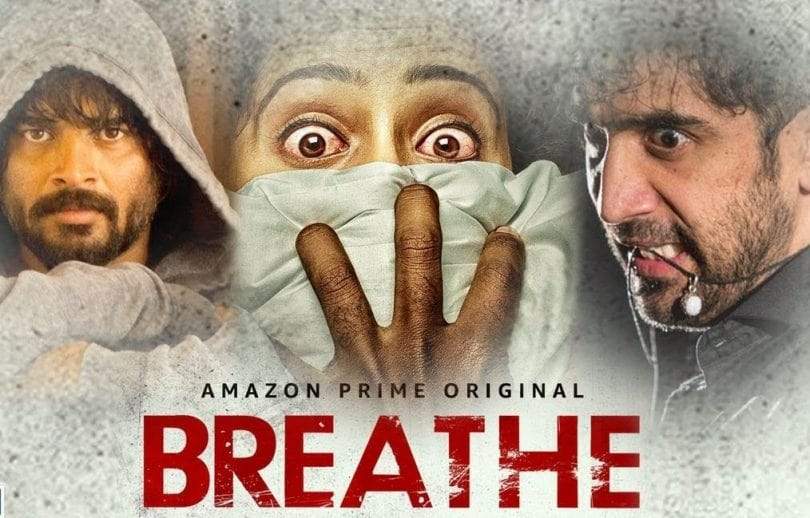 14. Bekaaboo: Kiyaan Roy’s bestselling erotica novel gifts him 'the perfect life' as it becomes a raging hit across the country but deep down, he craves the wild pleasure, which comes with a little pain! One day he realizes that someone knows his secret and is equally obsessed with the pleasure in pain. Surprised and tempted, he sets out to explore his dark fantasies with her. But things turn out to be wilder than his imagination and he ends up at the verge of losing everything he ever loved. An adaptation of Novoneel Chakraborty’s bestseller, “Black Suits You”, this intense sensual thriller also feature Priya Banerjee as a seductress stalker. (Streams on ALTBalaji)

15. Talvar: A hardened investigator deals with conflicting perspectives involving a brutal double murder. The case gets complicated when the parents of the murdered girl emerge as the prime suspects. (Streams on Netflix)

16. The Jinx: A groundbreaking six-part documentary directed and produced by Andrew Jarecki and produced and shot by Marc Smerling (the Oscar nominees behind `Capturing the Friedmans'). The story delves into the strange history of real estate heir Robert Durst, long suspected in the still-unsolved 1982 disappearance of his wife as well as the subsequent murders of family friend Susan Berman and neighbour Morris Black. It features an extended, revealing interview with Durst himself, with whom Jarecki developed a unique relationship following the release of `All Good Things',' Jarecki's 2010 feature about Durst's life starring Ryan Gosling and Kirsten Dunst. `The Jinx' results from nearly a decade of research by the filmmakers, who expose police files, key witnesses, never-before-seen footage, private prison recordings, and thousands of pages of formerly hidden documents. (Streams on Disney+ Hotstar Premium)

17. Leila: India’s first dystopian series, Leila, based on the 2017 eponymous novel by Prayaag Akbar is about a mother who wishes to be reunited with her daughter. Imprisoned in an Aryavarta purity camp after her family is attacked, Shalini plays by the rules in the hope to be released soon. Watch Huma Qureshi go through hell and back in search of her daughter in this nail-biting series. (Streams on Netflix)

18. Gurgaon: Preet, the daughter of a real estate tycoon, is abducted by her own brother, Nikki. As her family tries to track her whereabouts, many secrets unravel and things take a nasty turn for them all. (Streams on Netflix)

19. The Outsider: Based on Stephen King's best-selling novel of the same name, "The Outsider" begins by following an investigation which at first seems like it will be simple and straightforward but things change as it leads into the gruesome murder of a young boy by a seasoned cop. When an insidious supernatural force edges its way into the case, it leads the investigators to question everything they believe in. The character of Holly Gibney from "Mr. Mercedes" is a major character in this series. (Streams on Disney+ Hotstar Premium)

20. The Departed: An undercover agent and a spy constantly try to counter-attack each other in order to save themselves from being exposed in front of the authorities. Meanwhile, both try to infiltrate an Irish gang. (Streams on Netflix)