Indore, May 26 (IANS): Crime Patrol actress Preksha Mehta has committed suicide. She was 25.

Preksha took her life by hanging from a ceiling fan on Monday night at her residence in Indore, Madhya Pradesh, confirm news reports.

The actress reportedly left a suicide note but it does not mention why she decided to end her life. As per reports, Preksha went into depression due to lack of work amid the lockdown.

Her last few social media posts hint at mental agony she was going through. In her last Instagram story, Preksha wrote: "Sabse bura hota hai sapno ka mar jaana" (the worst thing is the death of your dreams)." 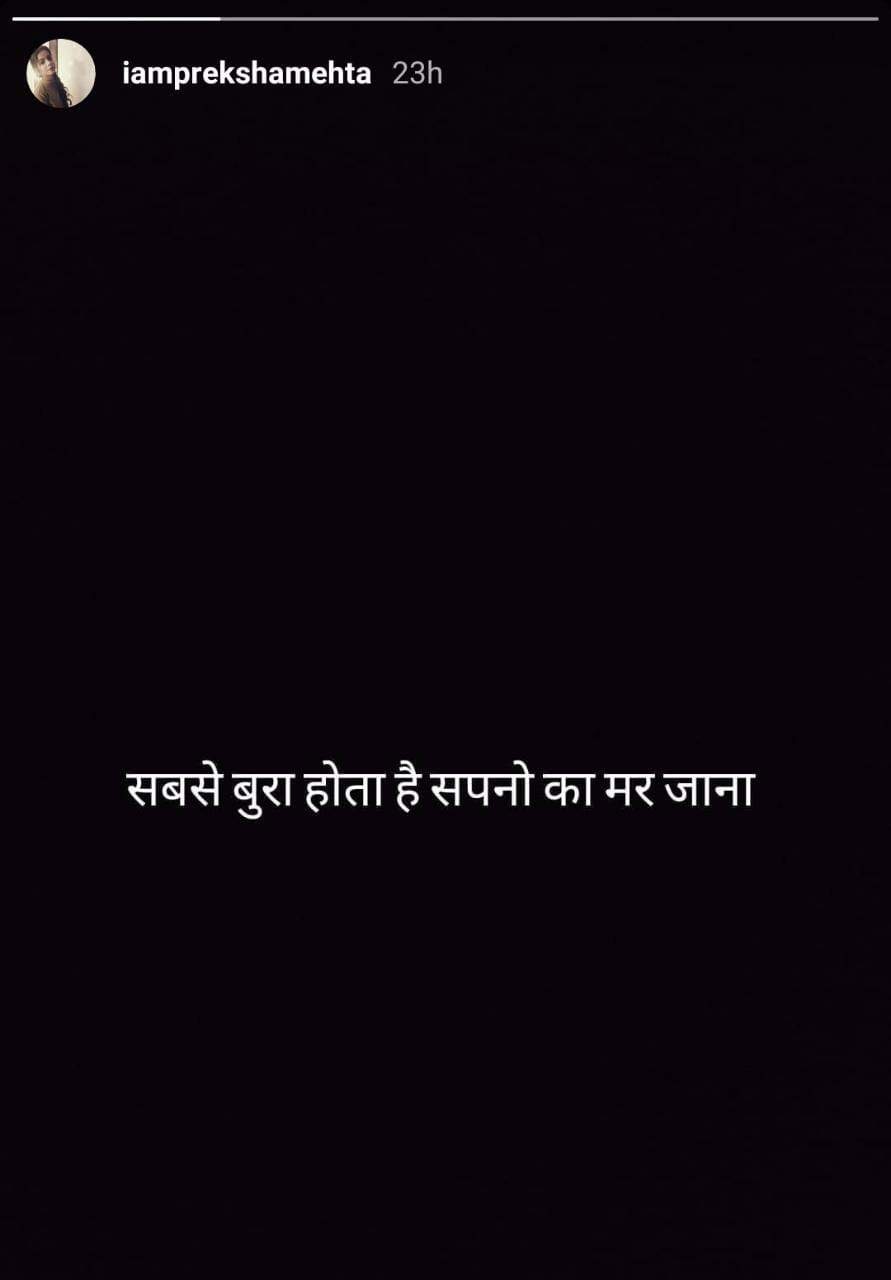 Apart from "Crime Patrol", Preksha has appeared in TV soaps like "Meri Durga" and "Laal Ishq".

This is the second suicide by a TV actor during the ongoing lockdown, when all shooting activity has come to a halt for two months now. A few days ago, actor Manmeet Grewal took his life by hanging from the ceiling fan at his Mumbai home. Reportedly, the actor was in a financial crisis and had run into huge debts.