Bebaakee’s Shiv Jyoti Rajput: 'I am in no race, I want to walk slow'

After spending a little over three years auditioning for films, and in the meanwhile doing advertising campaigns for many leading brands, Delhi’s Shiv Jyoti Rajput has found herself in the middle of a love triangle in Bebaakee. Although it is her acting debut and the series has an ensemble cast featuring several seasoned and new actors, Shivjyoti successfully holds your attention throughout.

While the first 10 episodes of ALTBalaji and ZEE5 series saw hate turning into love, the next instalment of five episodes seems to be a maddening riot of confession, confrontation and misunderstandings, all with dollops of drama. In the middle of both, we caught up with Shivjyoti to know more about her journey so far and her plans for the future. Excerpts:

Q: This is your first series. How has the response been?
The response has been extremely nice. People have been appreciating my work and although it is my debut, people are seeing me as someone experienced and that in itself is such a big compliment. At the same, it is a big responsibility because you have set a benchmark for yourself and you are constantly wondering if you would be able to do it again but that would determine whether I am really good at acting or just got lucky.

Q: Shivjyoti, you studied business management and were working at a bank. What brought you to Mumbai?
Yes, I did my graduation in business management from JIMS, Delhi and after hopping on a few jobs, I started working with a bank. It was sometime during then that a friend of mine was going for an audition and I tagged along. Once we reached there, I was also asked to give an audition and I was like ‘why not’ and then I got selected for an advertisement and that’s how it started. It was three years ago. 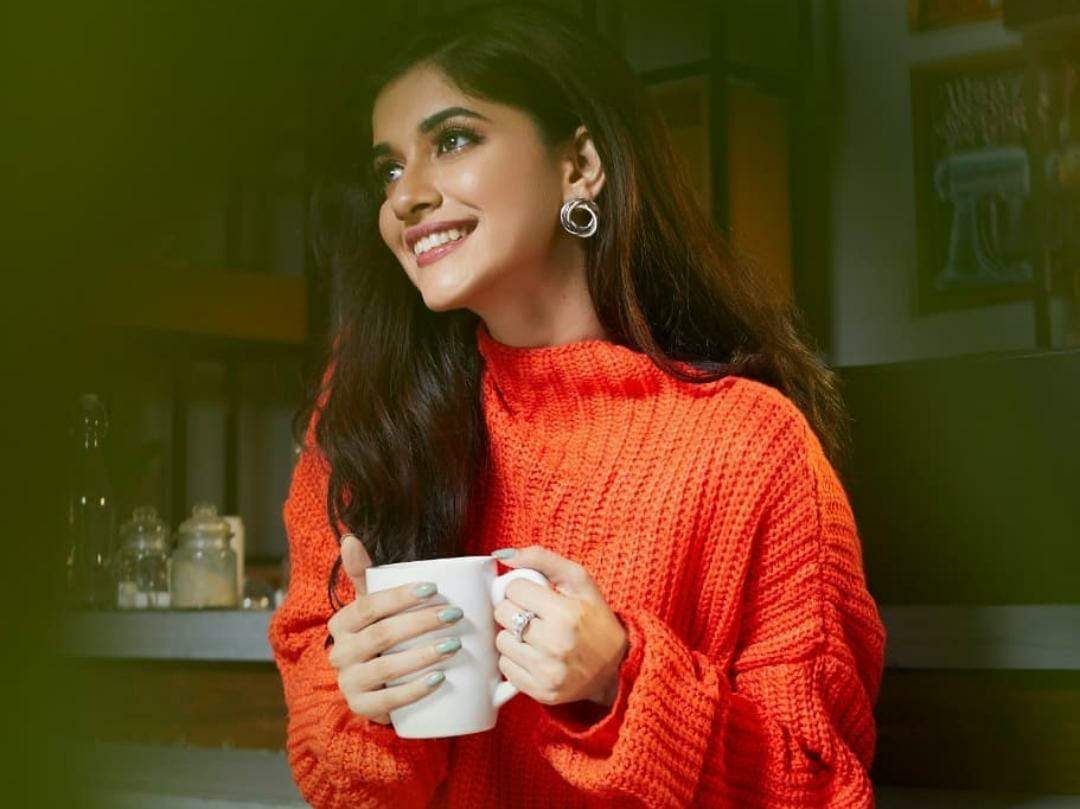 Q: So, you never wanted to be an actor and it happened by chance?
I think I wanted to be an actor when I was a child, I knew it in my heart but I come from a Rajput family where it wasn’t okay to allow their girls to go in the world of cinema and I think that was stopping me. Also, I think when the time is right, things automatically fall in place. Once I got selected, my brother convinced my family and my father gave me three months, which isn’t enough at all to make it big in cinema but I thought of trying my luck and see where it takes me.

Q: How have the last three years been for you as far?
To be very honest, I am a very optimistic person and instead of struggle, I see everything as a challenge. So, what people describe as a struggle was something that I enjoyed, for instance, auditioning. I loved going for auditions whether I got selected or not. I knew that if I ever become an actress, I will recall these days and I wanted them to be good.

Besides, I wanted to take baby steps and that’s why I started auditioning for advertisements and things worked in my favour here. I worked with international brands like Victoria's Secret, Maybelline, Head & Shoulders, others.

When it comes to acting, I was selected for a film, which got shelved. I was even selected for Kabir Singh but that time was very short to come here from Mumbai and in the meantime, they got Kiara Advani on board. But, while this was going on, I was content with my work in the advertising and I knew that if this isn’t falling in place, it is probably for something better.

Q: Was there a point when you felt like packing bags and going back to Delhi?
It was sometime last year that I told myself that let’s give a few more months and if things turn out in the right direction, great and if not, I don’t want to continue anymore because if my parents listened to me then, I should also listen to them. And, I was content with the work I did over the last few years. And then, Bebaakee came my way. Q: Has anything changed after the release of this series?
My father messaged appreciating my work for the first time (smiles)! My followers on Instagram have increased. Besides that, nothing has changed. I go back to the same house and return to the same set. My director still expects a good shot. The responsibility to lead the show with more emotions and intensity has increased. But, there is no pressure.

Q: Did you feel that the show was fast-paced?
I think that’s the idea. I don't know the reason but I think Ekta ma’am (Ekta Kapoor, Managing Director of ALTBalaji) might have wanted the story to move a little faster considering it's a long story.

Q: Lastly, what's next?
I want to finish this and see the response, hoping people will continue to appreciate my work. Afterwards, I will probably take one more baby step and do something bigger. But right now, I want to walk slow, I don't want to be in any race.

The remaining five episodes of Bebaakee will stream on ALTBalaji and ZEE5 from October 12.