Scam 1992 beats Narcos, Victoria to become the No.1 Biographical show on IMDB

Pratik Gandhi-starrer web-series Scam 1992 that released earlier in October entered the list of Most Popular TV shows on IMDB and is on Position 22. But what comes as a bigger surprise is the fact that among the Biographical shows listed on IMDB, it has has beaten other films and shows such as the Brad Pitt-starrer Moneyball and Davin Attenborough: A Life On Our Planet documentary, and Narcos to secure the No.1 position (at the time of writing this article). 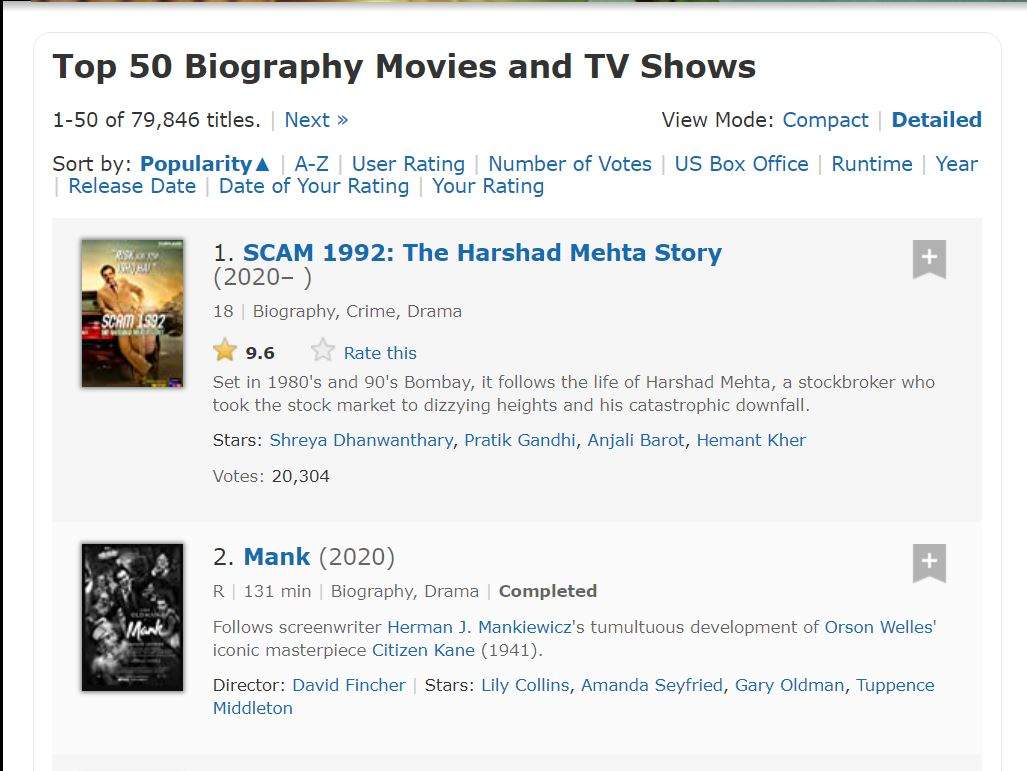 With a rating of 9.6, Scam 1992 is ruling the charts currently. Set in 1980s and 90s Bombay, the narrative follows the life of Harshad Mehta, a stockbroker who took the stock market to dizzying heights and his catastrophic downfall.

Gujarati theatre artiste and actor Pratik Gandhi has portrayed the role of Harshad. Shreya Dhanwantry plays Sucheta Dalal, the journalist who broke the news about the stock markets scandal in 1992. Satish Kaushik, Sharib Hashmi, Nikhil Dwivedi and Anjali Barot are among the other actors who are part of the series.