One of the strongest ways of communicating socially relevant messages —  documentaries often spark conversations and sometimes even movements. National Geographic India’s new programme, Spotlight features films that chronicle thought-provoking subjects — from women empowerment, environmental issues to political disruption. Offering inspiring tales of how professional virus hunters track the source of a pandemic, how a community ravaged by disaster came together to recover what they lost to the brave efforts of the Inuit communities to protect the rapidly disappearing Arctic; the series that began on January 23, premieres a brand-new documentary every Saturday. The robust line-up of documentaries by award-winning filmmakers (Ron Howard, James Cameron, Feras Fayyad) includes Rebuilding Paradise, The Cave, The Last Ice, Blood On The Wall, among others. 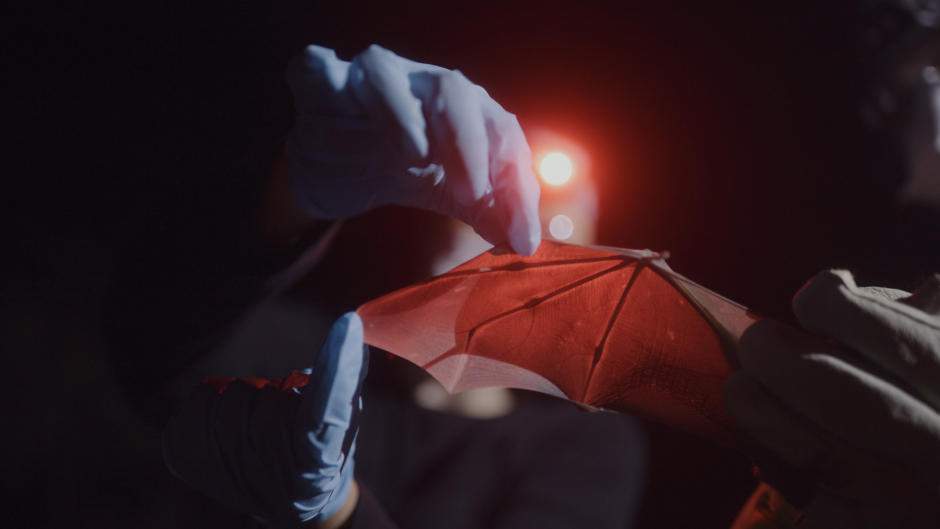 Goodwill hunting
It is but unnerving to think about the next global pandemic as we are going through one. However, a team of scientists believe that tracking the source of the next potential contagion is the only way to prepare for a similar event.

The first film to premiere as part of Spotlight, Virus Hunters (2020) portrays the heroic journey of experts who have embarked on a mission to identify the chain of events that could cause the next global pandemic. Featuring epidemiologist Christopher Golden and ABC News foreign correspondent James Longman, the 44-minute long film shows them travelling to hotspots across the world, starting from Liberia where the Ebola outbreak started in 2014.

“There are thousands of viruses out there that are just waiting to get to humans,” says Golden as they travel through rainforests to examine the cave where Ebola is said to have originated. They also investigate the bushmeat industry to track the journey of wild animals to the city via the food supply chain. Besides chilling statements by activists on poaching and voice-overs with disturbing statistics, also expect some on-ground evidence that shows how easily a pandemic can be born — thereby reiterating the need for people to be aware of ways to prevent it. Paradise lost
In November 2018, a devastating firestorm engulfed the city of Paradise in California killing 85 inhabitants, razing countless homes and displacing over 50,000 citizens. Having destroyed over 95 per cent of the city’s structures, it was the deadliest fire the US saw in 100 years. The documentary, Rebuilding Paradise (2020) by Academy-Award winning filmmaker Ron Howard, tells the story of resilience in the face of tragedy.

The film opens to towering flames — consuming the forests, residential areas and businesses as people attempt to save their lives. With no narration and little score, the dreadful recounting of the incident goes on for the next ten minutes as they show helicopter shots of the raging inferno and phone footage of people fleeing the site.

For the rest of the film, the focus shifts to the residents and features testimonials of what it took to rebuild the place. In one of his earlier interviews, Howard had said, “I went and witnessed the devastation which is unlike anything that I had come close to experiencing. I never expected the movie would become a lesson in actual problem-solving. It comes from the leadership of people actually setting goals and achieving them and to me, that is what was inspiring.”

Beyond walls
Academy Award-nominated director Sebastian Junger and Emmy-winning producer Nick Quested explore the depths of corruption plaguing Mexico and Central America in Blood on the Wall (2020). The riveting documentary primarily follows the perilous journey of two parties — Ludy, a 17-year-old girl with no family and Sara and her children — who are hoping to make it past the US border, desperate for a better life. The 90-minute film narrates their stories while also exploring the thriving narco-trafficking industry in Mexico.

Featuring interviews of analysts, journalists and government officials, the documentary is a deep-dive into the multiple ways in which the US’ interventions in Central America over the past 50 years have led to the current crises in Mexico, turning life there hostile. As the film chronicles the Mexican drug cartels, illegal weapon trade and failed government policies, parallel to this, it also tells the story of thousands of refugees who are attempting to flee extreme poverty and violence in Guatemala, El Salvador and Honduras, where the migrants have to go through a 2,000-mile journey at the risk of being robbed, abducted or killed.

Directed by Scott Ressler and executive produced by Dr Enric Sala, The Last Ice (2020) tells the story of Inuit communities fighting to protect the rapidly disappearing Arctic that has been their home for centuries.

Lost and Found (2019), directed by Academy Award winner Orlando von Einsiedel is an inspiring story of humanity and heroism in the world’s largest refugee camp, that follows Kamal Hussein, a Rohingya refugee who has dedicated his life to reuniting children with their parents.

The Nightcrawlers (2019) is an unflinching exposé of Philippines President Duterte’s war on drugs, in which over 20,000 people reportedly have been killed. RL, a former staff photographer for a prominent newspaper, leads the Manila Nightcrawlers, a small group of determined photojournalists on a mission to expose the true cost of the violent campaign.

In The Cave (2019), Oscar nominee Feras Fayyad delivers a powerful story of the Syrian war, in the underground hospital known as the Cave. Here, three women, doctors have claimed their right to work as equals alongside their male counterparts, doing their jobs in a way that would be unthinkable in the oppressively patriarchal culture.