Khadi saris by Rakesh Thakore, Rta Kapur Chisti and others take centrestage at this exhibition

Meanings, Metaphor - Handspun and Handwoven in the 21st Century is an initiative by The Registry of Sarees to showcase a collection of khadi saris. Originally Khadi - The Fabric of India's Tomorrow, a series of exhibitions curated by the late Martand Singh, a textile revivalist. The exhibition features 108 saris, and parallelly, 108 handwoven cotton fabrics that were first showcased between 2002-2003. One can also expect talks and discussions on topics such as The Journey of Cotton in India and Experimental Weaving. We talk to Mayank Mansingh Kaul, the curator of the show. Why did you decide to showcase Khadi - The Fabric of  India's Tomorrow?
Khadi in the context of Gandhi and the Indian National Movement referred primarily to hand-spun and hand-woven cotton which could be accessed by all sections of Indian society. As a result, it became synonymous through its associations with thick and coarse qualities of fabric. More than a century later, today, hand-spinning of cotton survives as a niche, artisanal skill lending itself to hand-woven cloth which is relatively more expensive and used for high end luxury. I feel it is necessary for us to revisit Gandhi's symbolic and economic use of hand-spun hand-woven fabric today by highlighting its aesthetic and material qualities. Also, Khadi has in recent years evolved into a generic broad government-owned brand which includes not just textiles, but a range of other home, food, and self care product made by a mix of rural and urban manufacturers. I would like to therefore suggest that we need a new vocabulary for hand-spun and hand-woven textiles for today's time. 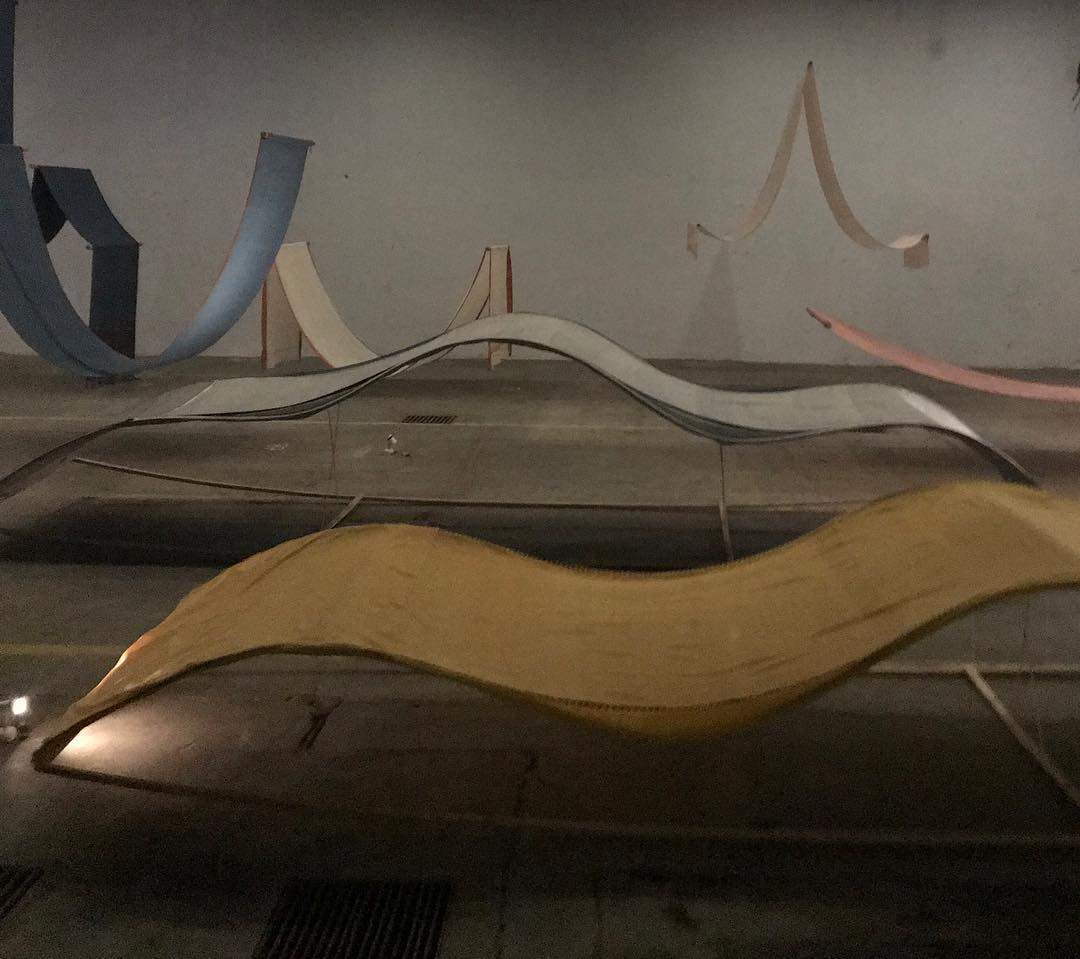 Is it being shown as is or has it been updated or tweaked in any way?
Only, its presentation and curatorial premise has been revisited. The collection of textiles exhibited remains the same.

Tell us more about the different saris and cotton fabrics being showcased.
All the fabrics are primarily plain weaves. They were sourced from handloom centres across the country, such as Varanasi, Bengal, Andhra Pradesh, Karnataka and Maharashtra.  The original team that worked on the collection included Rakesh Thakore, Rta Kapur Chisti and Rahul Jain. The designing of the saris has been attributed to Rakesh Thakore. These include the use of jamdani, the third shuttle and different counts of handspun cotton. Also different borders and motifs, for example, the jal churri border from West Bengal. All the saris are from Andhra Pradesh and West Bengal and the designs celebrate their unique heritage.

How are the saris being displayed in Bengaluru? Give us a sneak peek.
Bamboo as construction art has been used to highlight the texture and flow of the saris.


What according to you is the relevance and purpose of such exhibitions?
India like many other south Asian cultures has had long traditions of transmitting knowledge systems and wisdom orally. As a result, before we engage with words like archiving and documentation, we need to emerge an Indian approach which is not borrowed from West-centric standards. So while I think it is important for textiles to be studied and discussed , I also think it is important to develop authentic and relevant ways of doing this, which are culturally sensitive. A traditional sari, for instance, is in itself an archive. If only, we are sensitively pointed to see it like this. To produce countless text and words to "define" it, can often miss some of the nuances which the verbal sharing of such a sari's design secrets can enable when verbally or anecdotally passed on from one generation to the other.

What is the significance of the title Meanings, Metaphor.. in the context of the exhibition?
In my observation, a majority of what is being communicated and showcased at such formats has little to do with truly sustainable practices. No Indian designers in my purview have transparency in whether they are paying fair wages to weavers, tailors and other craftspeople; nor do most of them have certifications of whether they are using organic cloth in their collections and so on. In this scenario, handlooms using harmful chemical dyes are being sold as sustainable. I think we need a very serious conversation which can lead to the establishment of credible standards of sustainability before designers and brands can self-proclaim themselves to be so. When the present collection in the exhibition was commissioned between 2000-2001, there was a tremendous amount of research done on how ecologically harmful cotton cultivation using new varieties of seeds is. This critique pre-empted the present euphoria around sustainability, by several years. Therefore, the exhibition in both its original and present formats can be seen as a harsh criticism of the present contemporary fashion and textile design ecology, which is quick to jump onto trendy bandwagons without supporting it with truly ethical practices and consumer engagement.