Ayodhya Verdict: 'We can move on from divisive politics to focus on our people and economy,' says Farah Khan Ali

Amidst celebration and criticism, Gemologist and designer Farah Khan Ali made an important point today.
The designer said that she is happy with the Ayodhya verdict and hopes that with this decision, the society can finally move on from divisive politics to focus on people and economy.

"Happy with the Ayodhya Verdict. Hopefully the temple will be built now & we can move on from divisive politics to focusing on ALL our people and making our economy grow. Less religious politics and more economic policies that benefit the nation at large. Jai Hind," she tweeted. 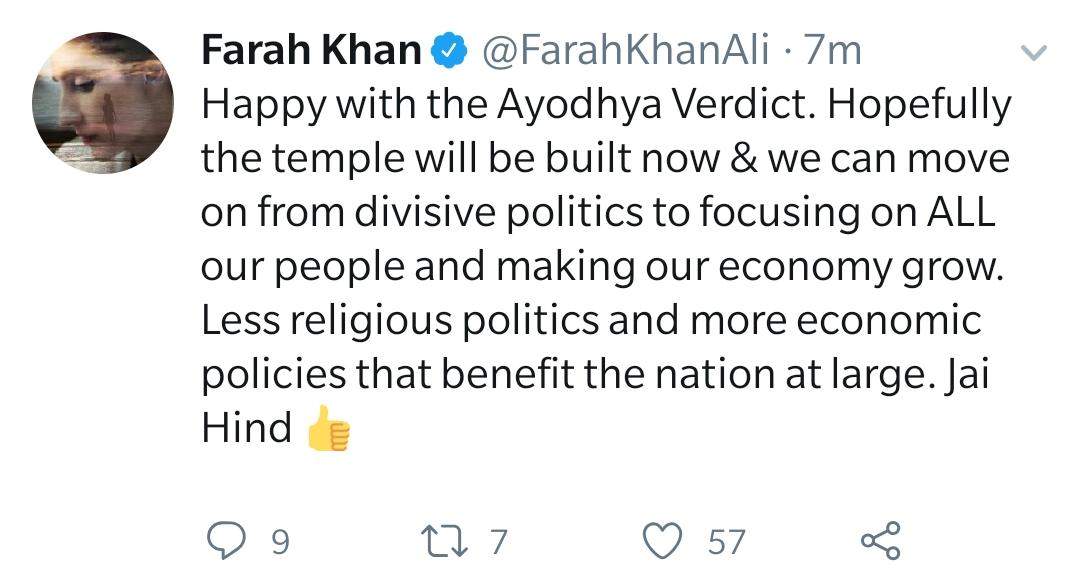 The 49-year-old designer whose Twitter bio reads 'come from a family of Muslim, Hindu, Sikh, Christian, and Parsi faiths and respect All. Hate divisive forces, love Unity. Live & let live' also added that the true essence of prayer lies in intentions and not rituals. 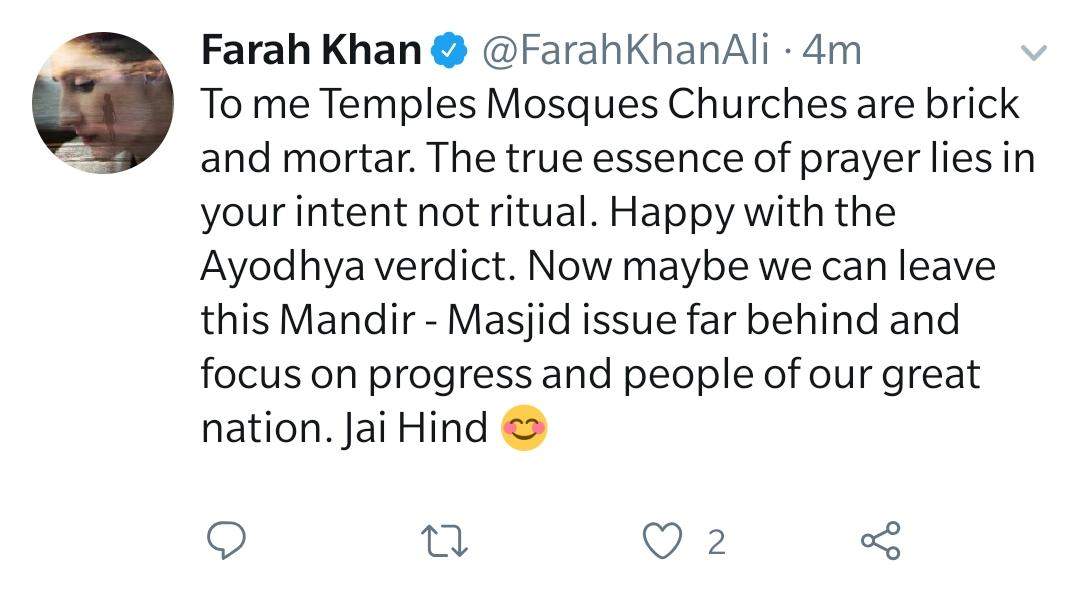