Fashion thinkers may have a lot of opinions about the phygital space; however a year into the slowdown, desi couturiers seem to have figured out the math of balancing their virtual and offline presences, which has led to an uptick in interesting digital outings. And the good ol’ fashion film finally seems to have found its way to the desi mainstream circuit. Couturier and tastemaker Manish Malhotra just shot a high-octane and stylised featurette for his bridal couture line Nooraniyat, and it starred none other than ‘It’ girl, Sara Ali Khan. 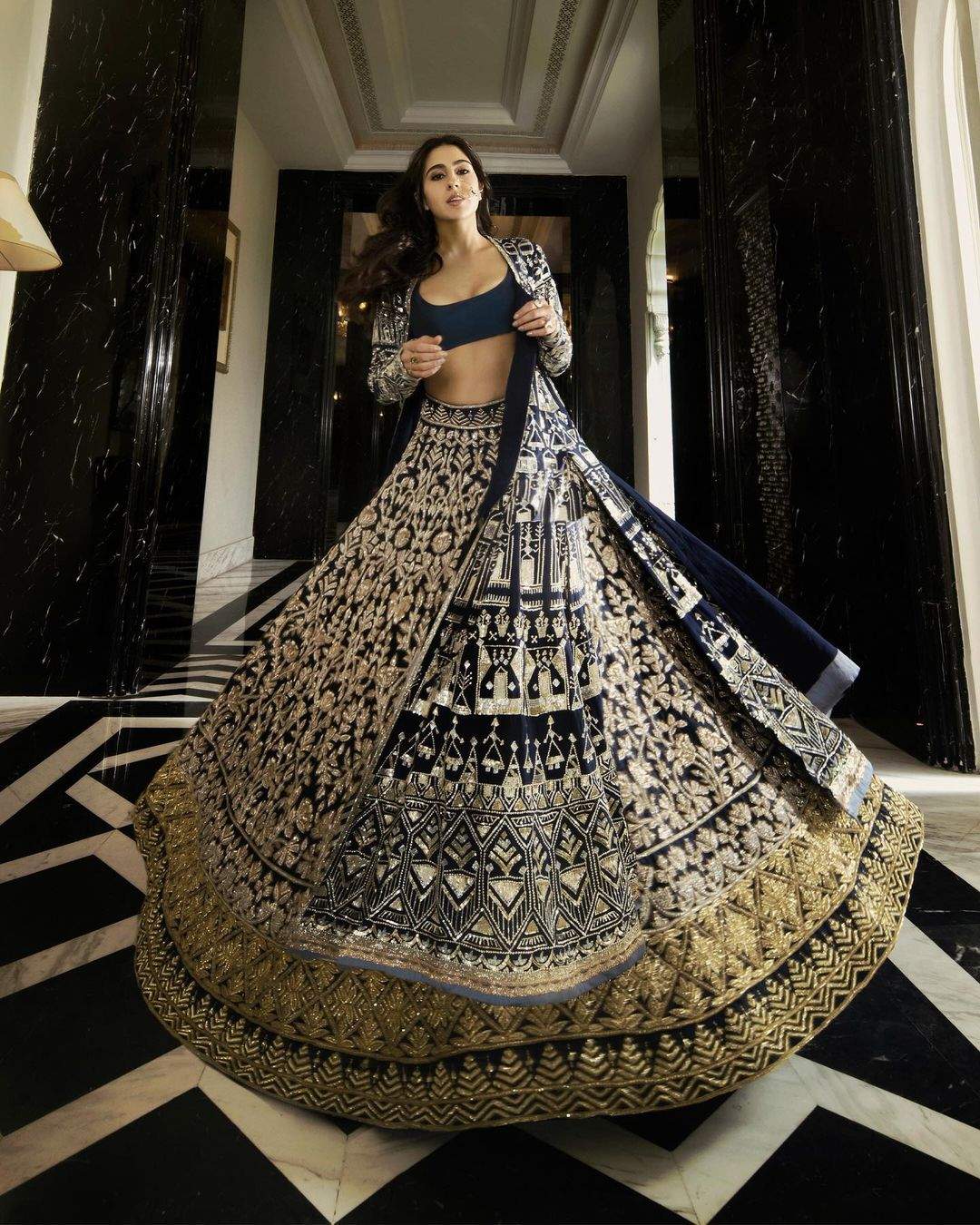 The four-minute couture film shot at the sprawling premises of The Leela Palace in Jaipur, features Sara in some maximalist bridal pieces by Malhotra. The collection focuses on moody, jewel-toned hues and features a design harmony of various elements like eye-grabbing metallic tones and silhouettes that oscillate between old-world regalia and contemporary repertoire. “Manish is the coolest, most genuine, loving, and compassionate person I’ve ever known, and the entire team was outstanding, so hands-on. Everybody was so involved and I had a blast while shooting for this collection. We all collaborated in every aspect of the shoot. We ate a lot of mouth-watering delicacies from Jaipur, and I would love to do it all over again in a beat,” Sara revealed about her time shooting the film

“This fashion film... I conceived in January itself while the collection was being made and we shot it at the beautiful The Leela Palace in Jaipur in March .. my team at Manish Malhotra World and Manish Malhotra Productions worked really hard, with days of discussion and 2:5 days of shoot on location and then many days of edit,” Malhotra shared.

One of the standout pieces would definitely be the wine silk lehenga hand-crafted with gold metallic thread, sequins and bugle beads and styled with a moss green organza drape and a silk blouse. Malhotra also introduced the sleek and dramatic ‘Noor’ bodice on Instagram, that has a structural quality and an unusual low-cut neckline.

“It’s always fun to work with people you know. I’ve worked with Sara for almost all her movies up until now, and there is an understated understanding between us. Sara looks stunning, and the essence of ‘Nooraniyat’ just reverberates with her personality. She is confident and sure of her own style, much like the brides of today. We had so much fun shooting, and everything ensued exactly the way we desired,” Malhotra says. Sara who has always been a Manish Malhotra loyalist and even turned heads last Diwali in a royal blue antique gold zari kurta with a badla sari border by Malhotra, seems to be a fan of the Nooraniyat edit as well, and is floored with the black raw silk lehenga with antique gold embroidery that features the new signature neck blouse finished with a rustic gold fringe. 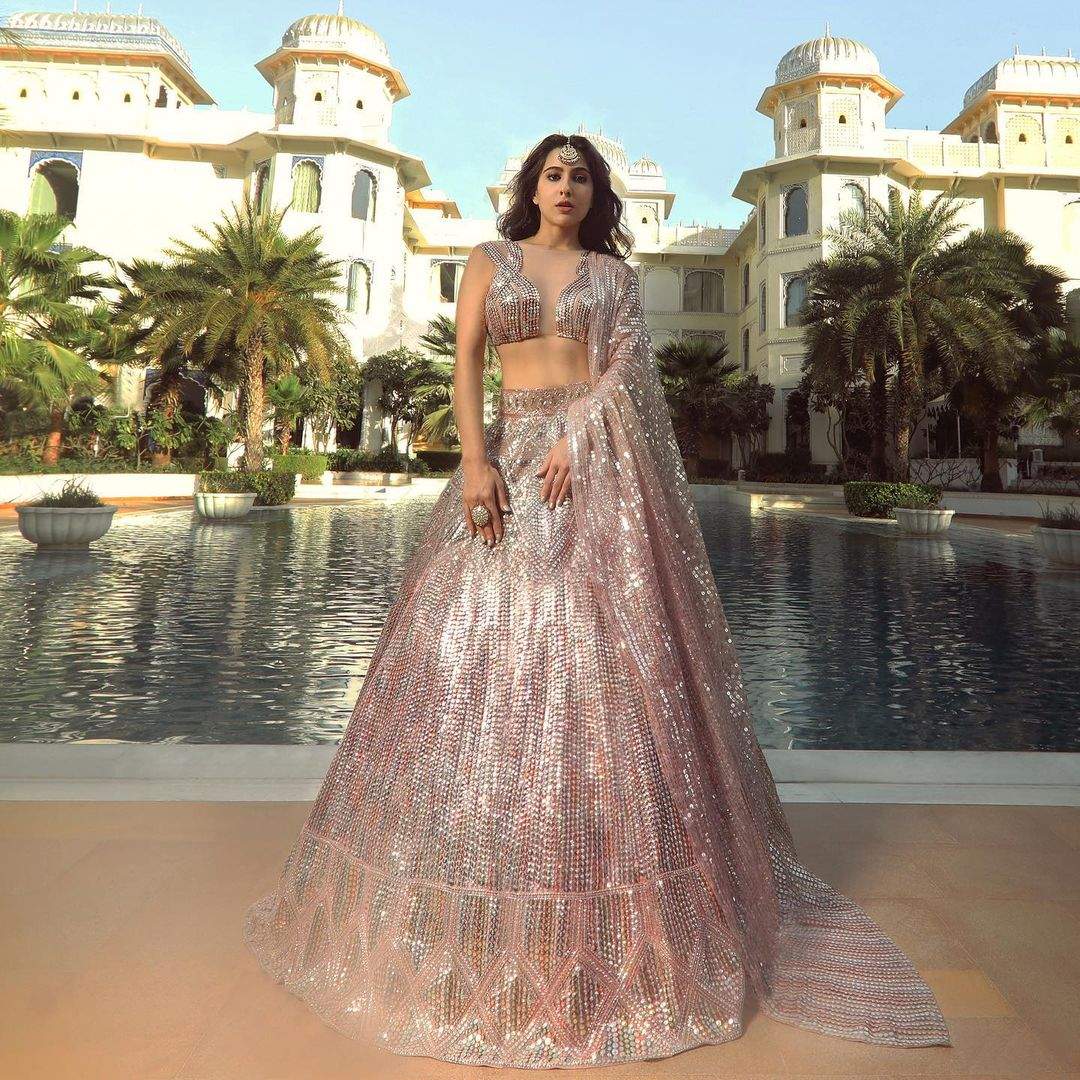 “The collection is so diverse, it’s ethnic yet modern, experimental and fun. It felt great to play the bride of Manish Malhotra, especially when there is no bridegroom involved (giggles). I love Manish, his clothes, and his vibe. I personally loved two pieces; my favourite look of the season is either the wine silk lehenga with gold metallic thread or the black raw silk lehenga with antique gold embroidery,” Sara shares.

The new collection will be available at stores and online from the first week of April.