It has been 14 years since the inception of the brand Anupamaa Dayal, and through all of that, the designer has retailed in Chennai for close to 13 years. Yet, her collection The Indian Summer Song, will mark the first time that the designer will present at a preview showcase of her apparel in the city. “ Growing up, I spent a lot of time in Tamil Nadu. My Tamil slang could knock your socks off, but somehow I have never come to Chennai along with my collections,” she begins.

Among the first of the designer labels to showcase a Spring/Summer 2020 collection, when all eyes across the fashion spectrum are currently on Winter/Festive lines, Anupamaa believes that ‘a winter collection is more of a transitional line’. “In India, we don’t have winters. Even in Delhi, most people are wearing summer clothes and layering them up.” Introducing her patrons to an image of a Himalayan summer, the Delhi-based designer used motifs like blossoms, trees and fruits like mango, lychee, watermelon and cherry, alongside birds. “My father was in the Army and I spent a lot of my childhood near the hills. I think I could name more flowers than people,” she says, with a laugh, adding that her patterns are easily recognised by her patrons. “I wanted my motifs to be larger than life. Instead of small floral butis, the flowers are massive and are inspired by Mughal culture.” 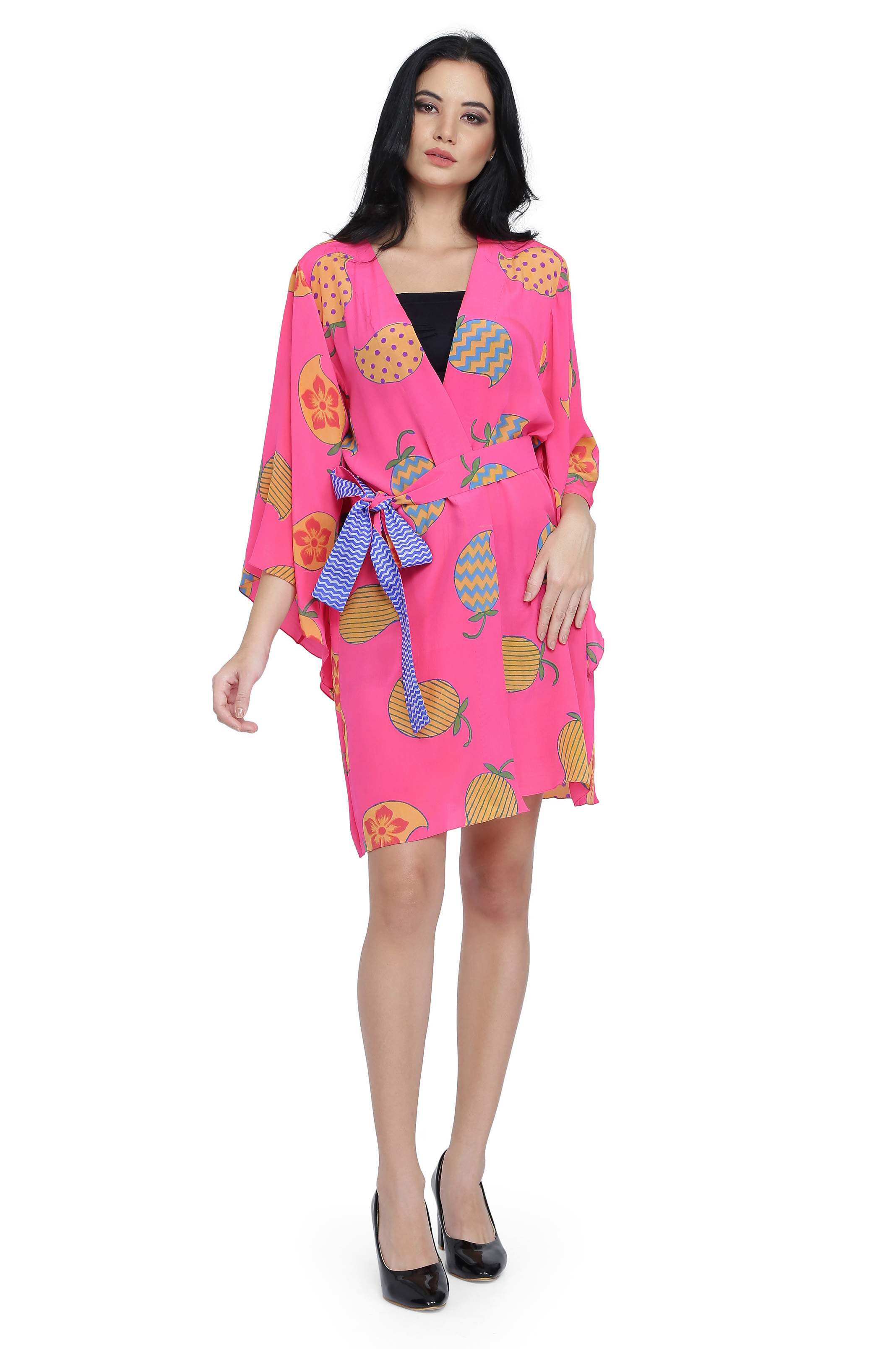 Describing the aesthetic of the collection as tropical, The Indian Summer Song’s silhouettes are derived from an Eastern milieu. Look out for the brand’s signature shirt dresses, wraps, shirts, tops, scarves, pashminas, kaftans, chiffon jackets and overlays that can be draped into day and cocktail dresses.
`10,000 onwards. On August 23 and 24. From 10 am. At Amethyst. The designer will be in conversation with Anita Ratnam today from 11 am onwards.