It’s not very often that one comes across a designer who has the gumption to believe that his life experiences would rival the education that he could have received at St Martins in London or Fashion Institute of Technology, New York. But, designer Karan Torani does just that. The 26-year-old is up-front about the lack of financial resources that denied him a degree from these fashion schools. Yet, he believes that his everyday occurrences refined the way he perceived beauty. From his memories of watching his grandmother drape her chanderi and chintz saris to his research on the cultural history of the Sindhis, Karan feels such instances have contributed to the formation of a design language that is central to Torani’s summer collection, Gulaabi Mela. “My forefathers hailed from Sindh and the culture, for me, has been a treasured box of memories which I’ve tried to relive through my clothes. Every design... every visual is a part of my childhood,” explains the Pearl Academy graduate.

Saturation point
In the making for close to a year, with multiple sampling and trial sessions, Gulaabi Mela was conceptualised nearly three years ago. A coming together of colours—yellow, ivory and pink— and textures through the use of different fabrics like chanderi, ikkat silk, mulmul and organza, the collection tries to mimic the sights, sounds and colours as seen at a mela (carnival). “As a child, I remember going to these melas during Dussehra to buy a toy bow and arrow, and have vivid visuals of hawkers selling cotton candy in bursts of pink and yellow,” he shares.

Stitches in time
Also, drawing parallels between this memory and accounts of the Cheti-Chand mela in pre-partition era Sindh that saw a convergence of travellers, nomads and gypsies, the silhouettes that include sherwanis, kurtas, ghaghras and saris are greatly influenced by Islamic and Sufi traditions. “Sindh shares geographical boundaries with Gujarat, because of which the two cultures formerly exchanged many of their ancient traditions and fashion customs. The collection celebrates this shared identity,” says the designer, whose ensembles have been spotted on the likes of Vidya Balan, Kalki Koechlin and Sobhita Dhulipala. 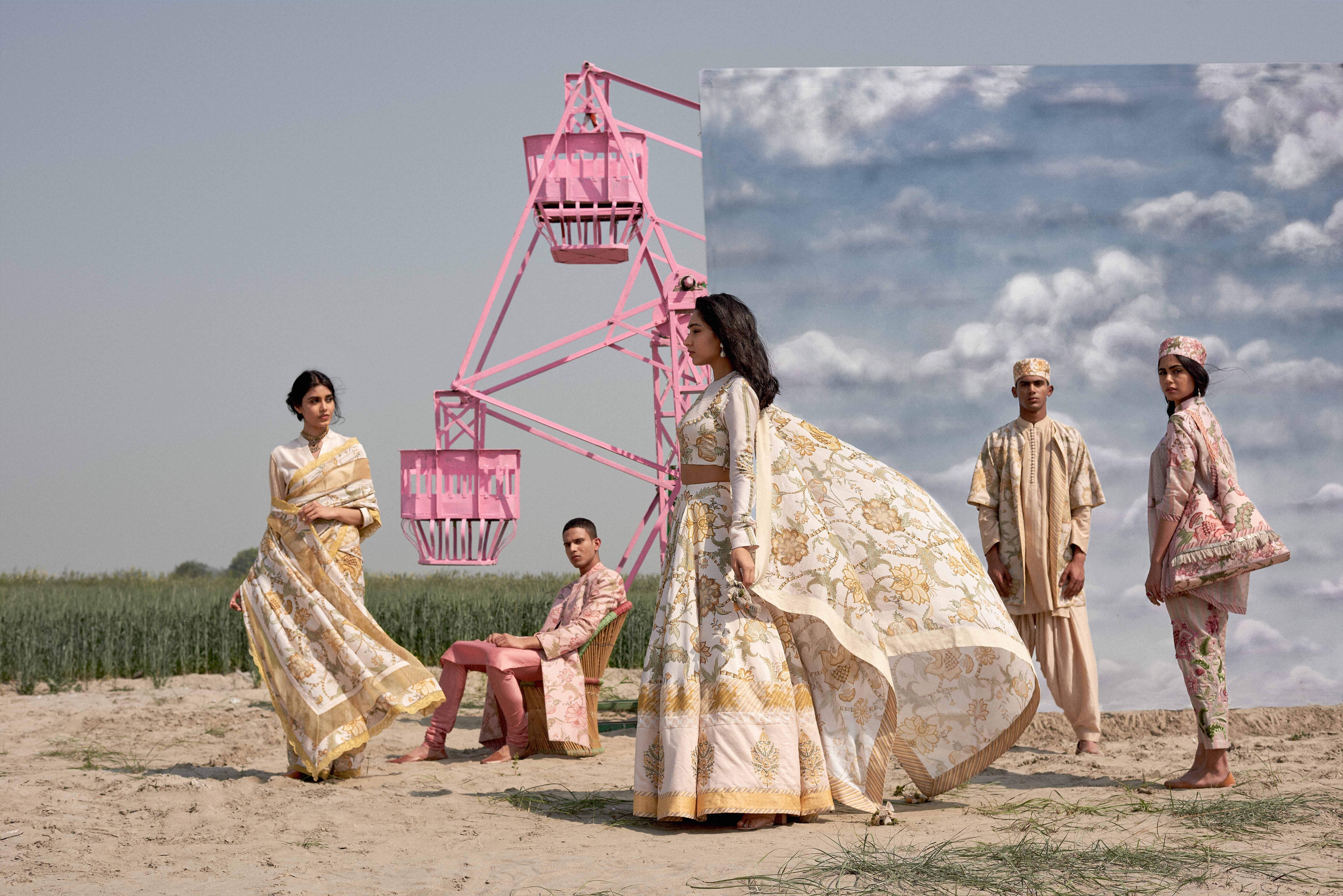