Recently back from a 22-day, 11-city tour in America, designer Neeta Lulla is unstoppable. With 375 movies under her belt, the high priestess of Bollywood fashion tells us how travel is always rejuvenating for her and recharges her for more work! Busy with new projects, the Mumbai-based Neeta wound up her event at Kolkata with FICCI recently — right after showcasing her opulent bridal collection, Vrindavan Symphony,  in Jaipur last week. Soon the celebrated designer is headed to Chennai to source and authenticate the costume for her new film — former Chief Minister J Jayalalithaa’s biopic — the much talked about Kangana Ranaut-starrer, Thalaivi. The designer, who has just finished her work for Panipat with Ashutosh Gowariker, has another South film coming up with director Gunasekhar. We catch up with Neeta as she tells us about her bridal aesthetics, movie projects and the journey so far. Bride mantra
Known for her penchant for Edwardian design aesthetics with heavy lace and collars, the award-winning designer has been doing weddings since 1985. In fact, her flagship store, House of Neeta Lulla, has collaborated with Portico to include wedding décor in their list of design offerings. So what does a modern bride want? Does she want a lighter, easy wear? Neeta quips, “A woman’s vanity is not challenged by the weight of her wedding dress!”

However, Neeta concedes that while the bride wants glamour and grandeur — today’s bride is also well-travelled and discerning — and ‘her style sensibilities are diverse and her identity is well-defined.’ Hence as a designer, one has to understand the bride’s sense of personal aesthetics and then create her wardrobe accordingly. While the designer agrees that every girl wants to be the centre of attention on her big day, she adds, “I also advise them about sustainability. I design trousseaus that can be worn with different coordinates — so that their wedding clothes don’t remain as one-time wear.”

She further adds that with films too, she often goes into the costume archives of the production house to pick the material that can be re-designed and re-used. ‘Filmi’ lines
As design houses across the country are entering the wedding business and the film industry, we ask the veteran designer if she was ahead of her times. Interestingly, Neeta tells us that back in the ’80s working for the films or doing weddings was not a badge of honour. She remembers making avant-garde creations for movies, featuring metal detailing and quirky designs that were then labelled as ‘filmi’!

Talking about Bollywood on-screen fashion and how it has evolved over the years, she shares, “I used to work from home those days and clients would come to place their orders and immediately say, please don’t make it filmi. The irony was that eventually, they would meekly ask for “that off-shoulder blouse that Juhi (Chawla) wore in Darr.” The shift now is refreshing says Neeta with clients demanding straight away that they want ‘that’ Jodhaa Akbar outfit!

Besides the store in Mumbai and in Delhi at DLF Emporio, Neeta’s creations can be found at Aza (Delhi and Mumbai), BIBI London Ashni & co, London, Silk Threads (Dallas) and at Fashion by Rohini in California. Fame comes calling
With a casual air that belies her three decade long journey from a single karigar and second-hand Usha sewing machine (that she bought at Rs 500 by selling sandwiches) — to 80 machines, 72 karigars and 200 embroiderers today, the celebrated couturier tells us how as a teenager in Hyderabad, her first brush with fashion was the magazine Seventeen that her father got for her twice a year. “I was never interested in reading. In fact, even at school, I struggled with academics. However, this magazine would have me engrossed with all the pictures. I remember Cindy Crawford was a teen model then!” says Neeta who got married at the age of 16 and eventually pursued her interest in fashion at SNDT University where she was guided by Hemant Trivedi and she started off as a fashion choreographer. “I am not much of a role model for kids — I used to often bunk school,” says the couturier who has been teaching fashion to young aspiring students for the past 28 years as a faculty of PVP Polytechnic at SNDT University, at Hamstech Institute of Creative Education, Hyderabad and at Hamstech Institute of Creative Education, Hyderabad. With protégés like designers Priyadarshini Rao, Shilpa Chavan of Little Shilpa, Amy Billimoria and illustrator Shilpa Suneja,  among many others — clearly Neeta’s interactive method of teaching is making its mark out there. 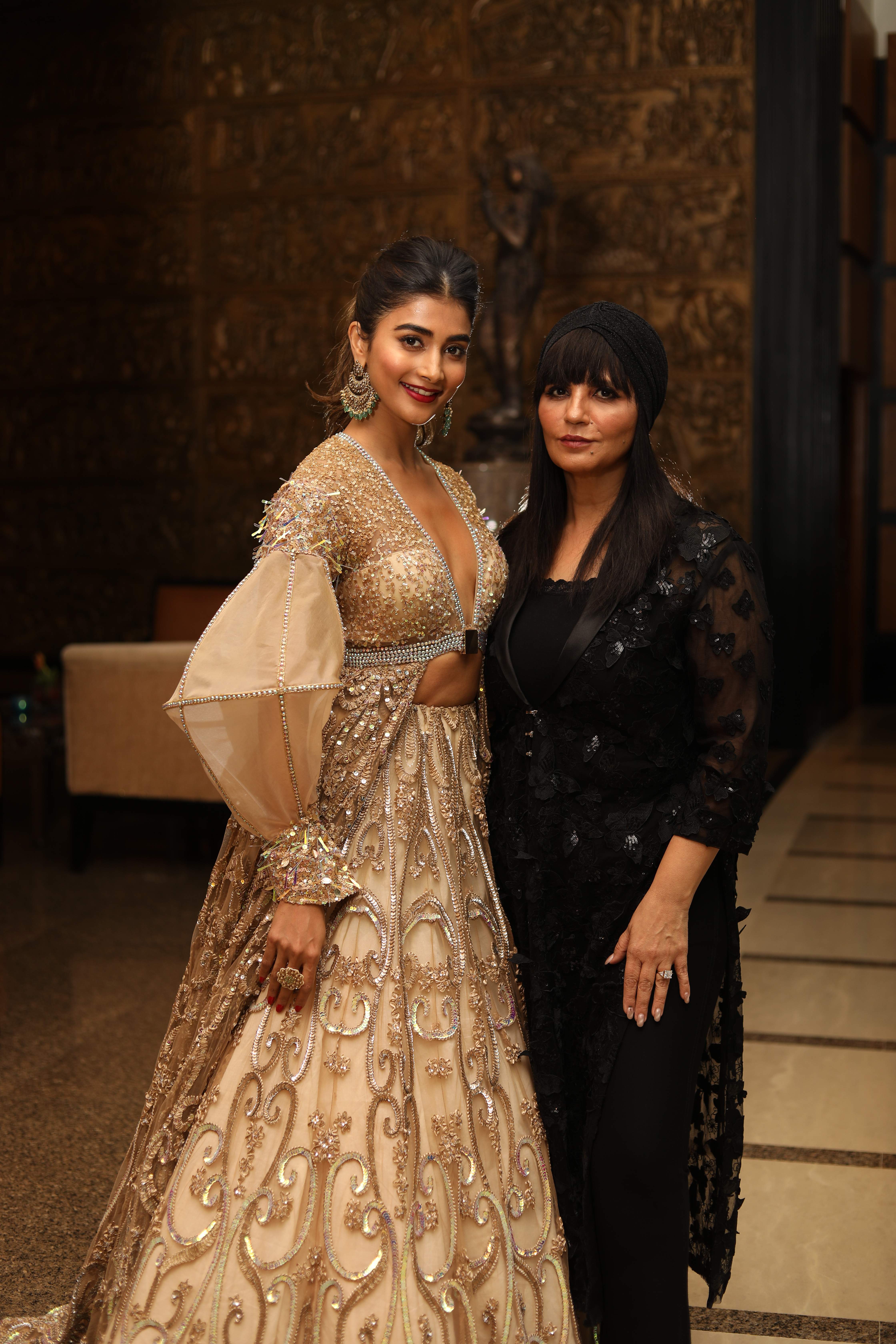 The only designer in the country to have four National Film Awards for best costume design, to her name, designer Neeta Lulla is the epitome of modesty as she declares, “I don't think I am talented!” The designer who has initiated the Whistling Woods Neeta Lulla School of Fashion (now WWISF), elaborates further, saying, “It is more about learning through watching, listening and doing, that honed my fashion sensibilities.” Neeta went on to do 21 shows with the famous choreographer Jeannie Naoroji and soon bagged her first film Tamacha with actors Kimi Katkar and Bhanupriya. How did that feel? First, brush with celebrities? The designer is as feisty as ever and tells us that her reaction then was, “When do I get to style Sridevi?” (laughs). By 1987, Neeta was working with Sridevi for a magazine photo shoot!

Noticed for her slant towards quirk with off-beat experiments like leather with lycra or Indo-Western silhouettes like dhoti pants and choli in bandini during her college days, Neeta went on to be a major campaigner for kanjeevarams and kalamkari and tells us that back in 2004 she introduced the concept of the pre-stitched sari. “I have worked at contemporising these textiles. In fact, you will find that in my personal wardrobe you will see my Kanjeevaram on a black jacket and my kalamkari on a white shirt.” The designer whose recent collections saw gorgeous red-carpet-worthy gowns appliqued with kalamkari, further urges patrons and designers to support indigenous and sustainable weaves.

A day in America
Taking the Indian sensibilities across the globe – Neeta was part of the recent Luxury Indian Fashion tour in the USA, and found herself overwhelmed with the warmth and enthusiasm of the reception that she received at the 11 cities. Talking about her collection, she tells us that it was specially created for the NRI audience in America. “Most women’s wardrobes have workwear there — so my focus was on simple wearable lines with coordinates and fabrics that are low maintenance.” She worked with lycras, laces, crepes and wrinkle-free, creating Western silhouettes that were ‘at heart Indian with embroidery and embellishments’. However, what truly caught our attention during her tour was the action off the ramp — when the Mayor of Austin, Texas, Steve Adler, was so impressed with her story and her work that August 16 was proclaimed as the Neeta Lulla Day!

By the heart
Neeta has often used her success and the fashion platform to also give back to the community by supporting causes. In fact, when we ask her about her favourite showstopper, the answer is a surprise. “My showstoppers are not regular models. For instance, I had Sushmita Sen walk for me once for a campaign supporting the girl child. Sushmita being a single mom, I felt she was apt for the cause.” The designer admits that she has a leaning towards causes that are centred on women and children. Another one of her shows, ‘Immortal love’, saw child-star Darsheel Safary walk the ramp as the showstopper. “Children are the ultimate symbol of pure immortal love,” says the designer. 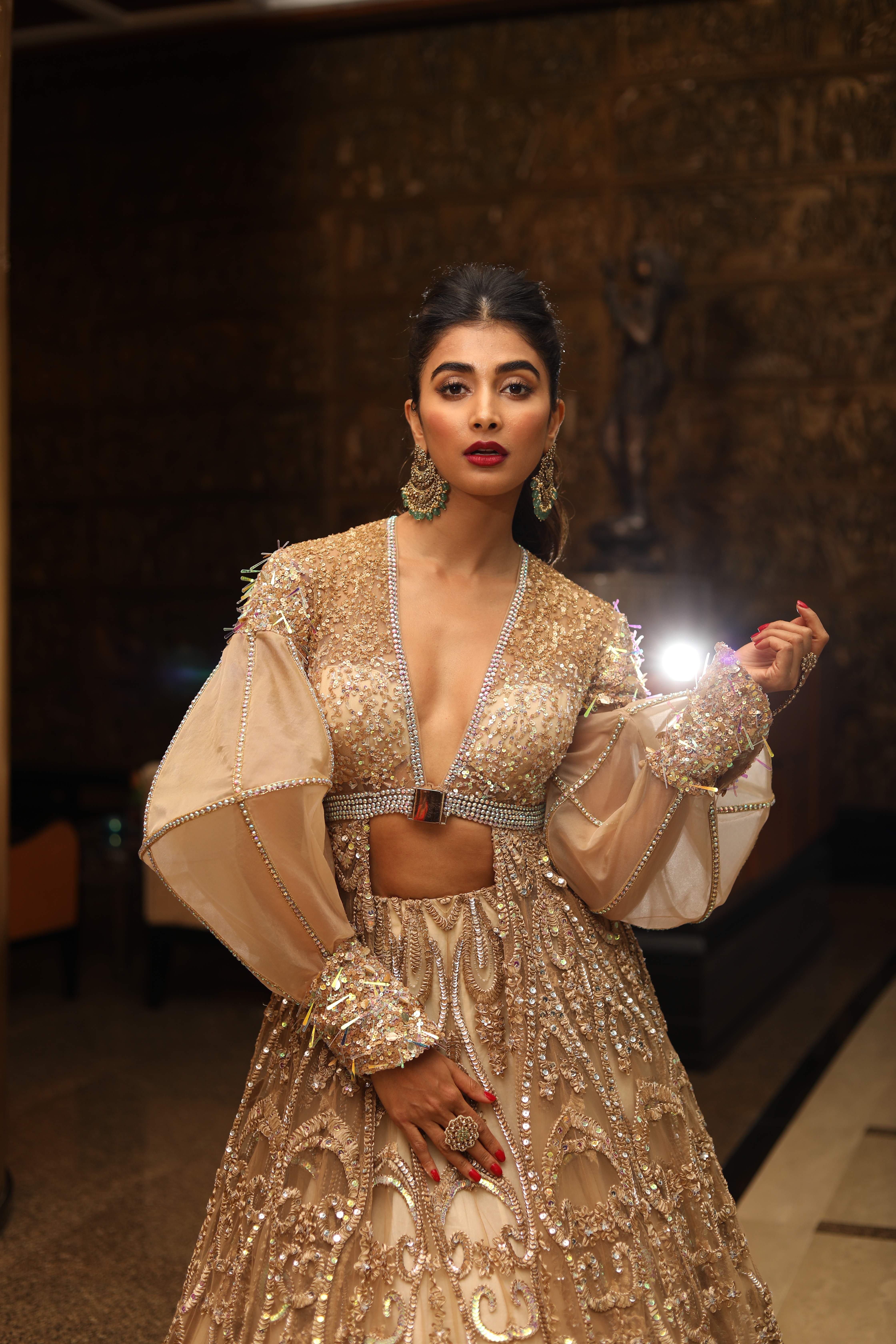 Meanwhile, #sheisme was a collection about women empowerment and Neeta had made a powerful statement by getting five eminent female personalities to walk the ramp for her in 2016 that included the likes of a politician, artiste and others.