Ashwin Thiyagarajan gets candid about his Oscar moment, lessons learnt over the years and how he plans to up the ante

Life could have turned out very differently for the 29-year-old Ashwin Thiyagarajan. Instead of showcasing his design sensibilities to the world — courtesy his recent red carpet moment when the Oscar-nominated director Sami Khan wore his ensemble — the youngster may have still been behind
a desk, writing code as one among scores of other electrical and electronics engineers that the state churns out.

It was 2012 that changed Ashwin’s life. Ace Chennai designer Sidney Sladen offered him a slot on the runway at the city’s annual fashion week. “Fifteen days ahead of the show, Sidney told me that I should showcase a collection. I was still working for Infosys and I didn’t want to rush my first-ever line. Up until then, I had only created a couple of dresses for friends and looks for myself, so I decided against it,” he says. “Four days to the deadline, Sid called back to ask if I was done with the collection... I remember, I received such a earful, and then he hung up on me.” With the clock ticking, the then
21-year-old spent his days and nights with a single karigar, working on a line that was inspired by the midnight sky and comprised of 12 garments — gowns in silk satin with crystal and rhinestone detailing. “I quit my day job after that.” 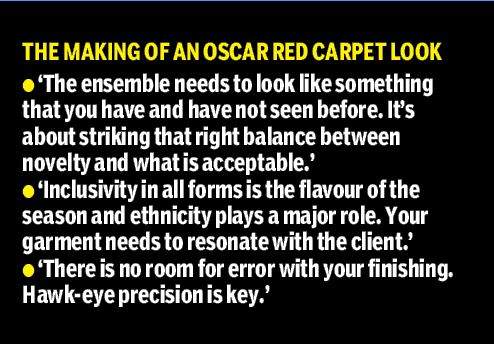 Going purely by the ‘in the nick of time’ narratives that Ashwin shares, it may seem as if this self-taught designer enjoys the pressure (case in point: Sami Khan’s red carpet outfit.) While most other celebrity ensembles on the Oscar red carpet took months of planning and days of preparation (consider Janelle Monáe’s Ralph Lauren dress that took up to 600 hours to complete or the 250 hours that went into Florence Pugh’s teal Louis Vuitton tiered gown) Ashwin had under a week to sketch, create and deliver. “The project came through Venk Modur — a Hollywood stylist of South Indian descent. He wanted a look that represented Sami’s ethnicity, and yet would stand out as distinct.” Having met Venk only towards the end of the last week of January, Ashwin spent all his time in the studio working on the outfit that was expected to reach Los Angeles on February 3. “A delayed flight also caused some last-minute panic. In the end, a friend finally took the clothes from San Francisco to LA in an Uber.” 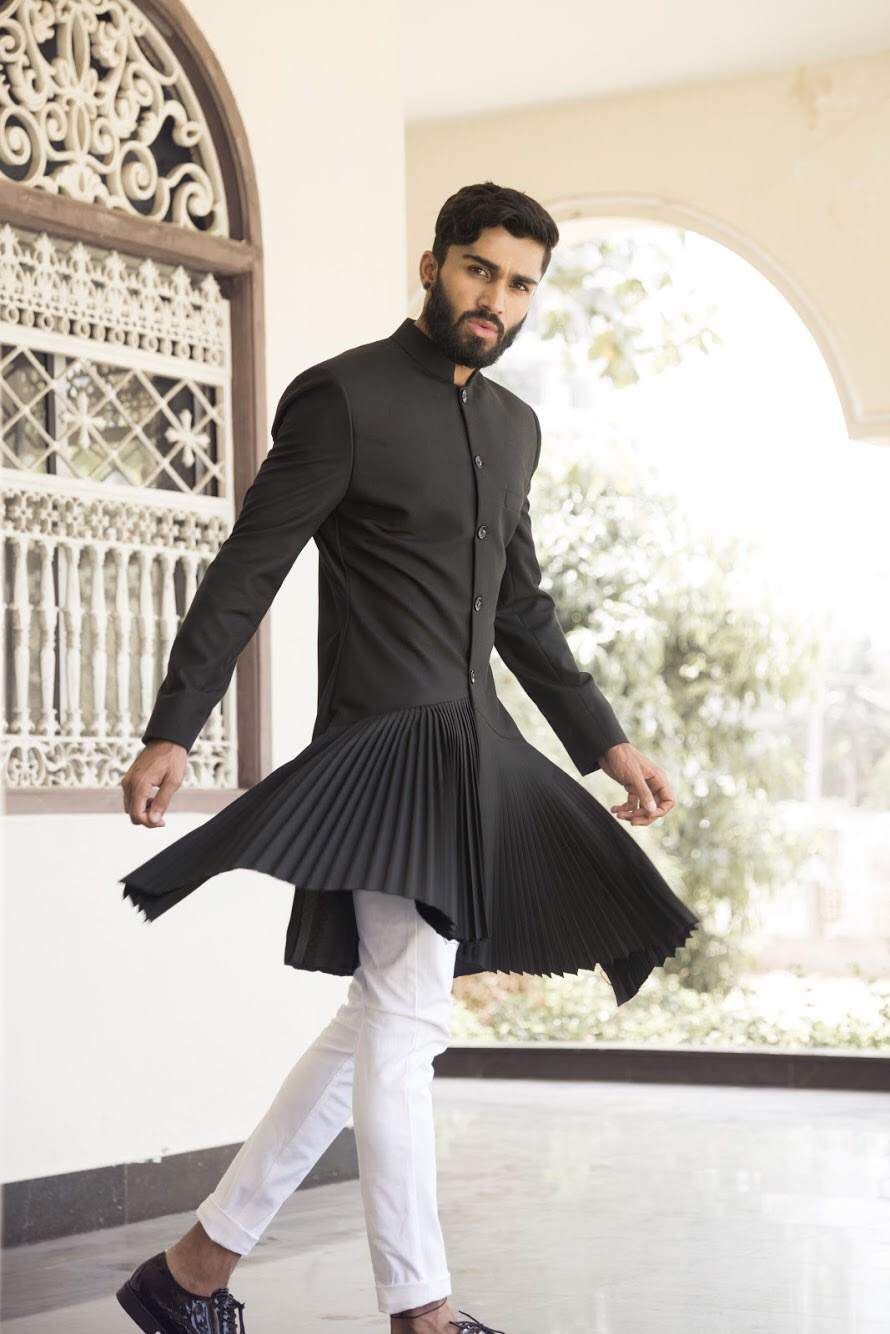 A play on the classic Sherwani, this red carpet garment saw hints of Ashwin’s masterful draping and pleating technique, while the pants were rife with hand embroidery, though minimal, in the form of criss-cross lines. “We used similar embroidery on the buttons to make it one cohesive look,” he shares. The base idea for the garment, however, wasn’t altogether new. “The concept was from an earlier couture line for men where I added unconventional and feminine elements like drapes, sheer panels and pleats to create looks that were strong, stylish... power dressing for men, you can say,” offers the designer, whose playful, quirky sensibilities translate into his personal dressing. 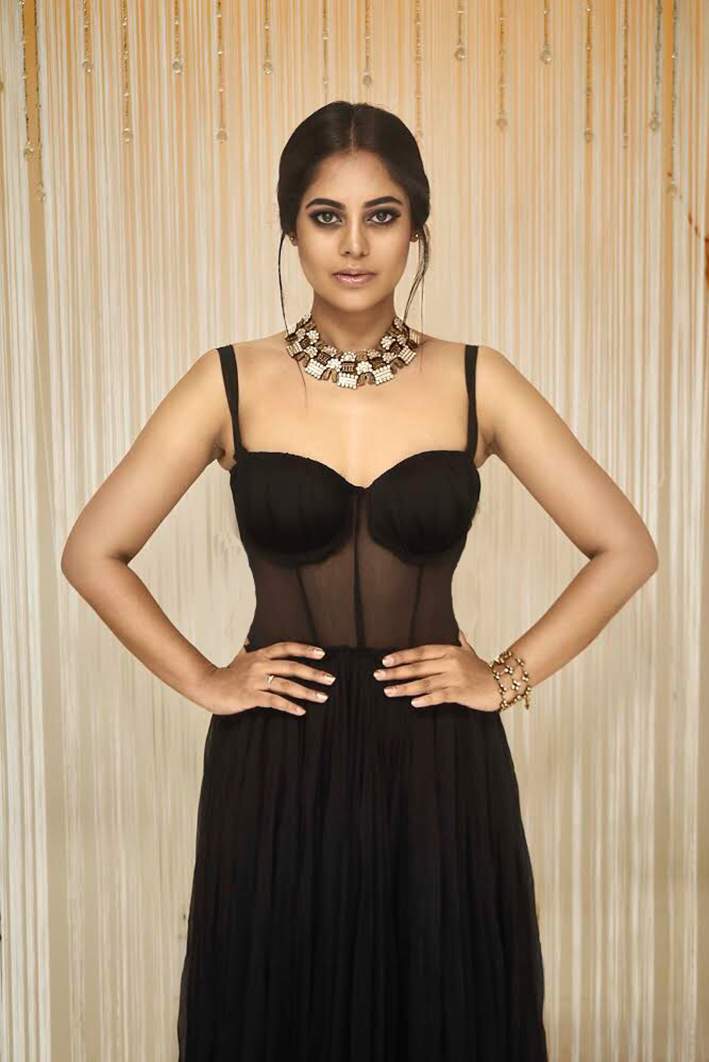 On the topic of couture collections, we cannot help but address the designer’s seeming bias in favour of bridalwear over the release of a new line with each season. In fact, on average, his bespoke label works with at least 30 brides and grooms in a month. “The recession doesn’t apply to the wedding industry. Trousseau has always been the mainstay for Indian designers. All our careers are built around it.”
Trousseau may indeed be his ‘bread and butter’, but it is through his couture creations that this designer finds complete artistic expression. An advocate for a ‘less is more’ aesthetic, Ashwin feels that the body must be celebrated. Whether you look at his recent S/S ’20, which features bikini blouses and plunging necklines or an earlier collection, A Gloomy Affair that extensively employed sheer chiffons, one can’t help but notice Ashwin’s penchant for risque form-fitting silhouettes and sharp lines. This, coupled with his liberal use of shimmer and embroidery has made his pieces the ideal option for celebrities like Regina Cassandra, Aishwarya Rajesh and Akshara Haasan. 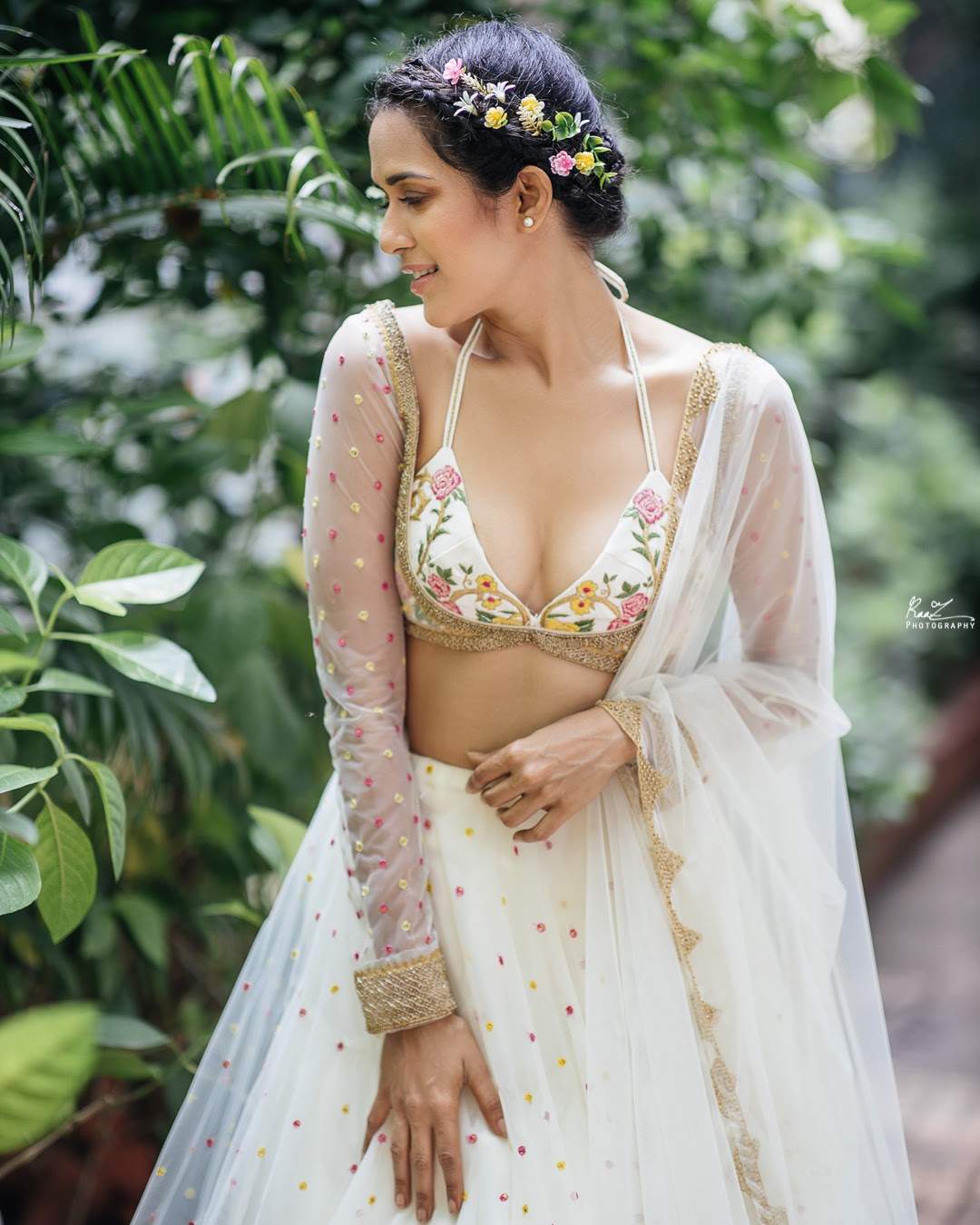 “Making it risque while still keeping it elegant is not an easy task. But these are the designs that allow me to showcase my personality and I will keep pushing it forward,” he says, even as he agrees that this approach could be a deterrent for local clientele. Calling for better representation and visibility of city-based labels among Chennai’s fashion-forward, the designer hopes that patrons will look beyond the Mumbai and New Delhi brands for occasionwear. 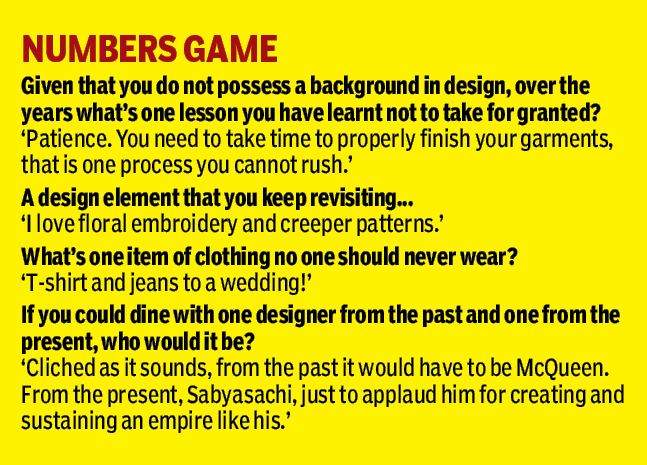 Step it up
Now that the year opened on a positive note, what’s next on the agenda for Ashwin? “Well, we plan to expand our footprint in the South. We are laying the groundwork for Hyderabad. There’s also going to be a lot of focus on the business side of the brand, which means I might work on releasing a lookbook,” he reveals. A new collection in April and participation in fashion weeks, both nationally and internationally, are also on the cards.