Sapna Singhania turns her love for South-East Asian into jewellery

For designer Sapna Singhania, sketching and creating jewellery for her eponymous label has been a journey that allowed her to explore her multicultural identity of growing up as an Indian in Thailand. Born into a family of jewellers, Sapna spent her childhood watching her mother, also a designer, create patterns for their factory. “While I grew up watching this jewellery-making process, it was the meticulous art and handcrafted detailing that caught my interest, and soon I was hooked,” offers Sapna. Coming to the city for a two-day exhibition, the Bangkok-based gemmologist will put on display a range of statement pieces from multiple collections, at Amethyst. 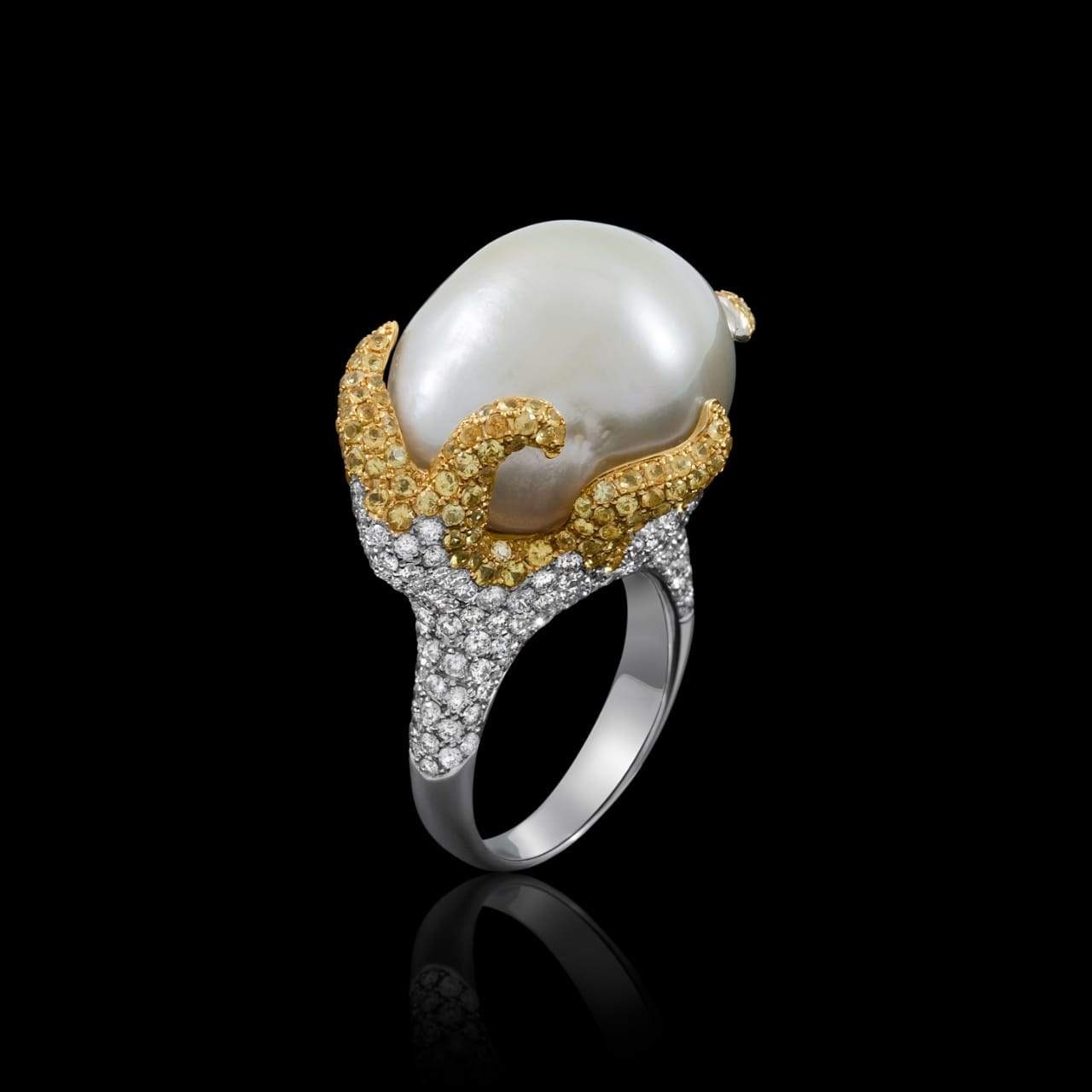 Though shaped by her South-East Asian sensibilities, medieval architectural forms from across the world also form the base of her influence. “Some pieces are heavily influenced by Croatian culture and architecture, and some others by artefacts and temples of Bangkok,” she explains. Transposing these shapes onto danglers, hoops, studs, necklaces, pendants, bracelets and cufflinks her 18K gold jewellery makes extensive use of champagne diamonds, multi-coloured sapphires, and Burmese rubies.

Hand sketched by an artist, each detail is later carved on to wax before it is cast and finished. “It takes several hands and weeks to arrive at a prototype,” she says, adding that production alone can take up to several months to complete. Created as limited edition collections with only two or three variations of a design, Sapna’s favourite is the Pièce de Résistance collection that employs an invisible jewellery setting.